BMW Sports Trophy Team Marc VDS will step up to the GTE class in 2014 and will give the BMW Z4 GTE its racing debut outside North America with a single car effort in the class for the full 2015 European Le Mans Series. 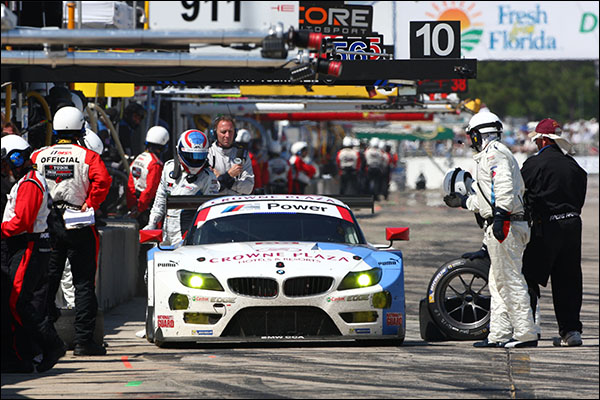 The full season effort follows a toe in the water in the ELMS this year from Marc VDS which saw a single car GTC (GT3) entry with a BMW Z4 produce a class win at the final round at Estoril. 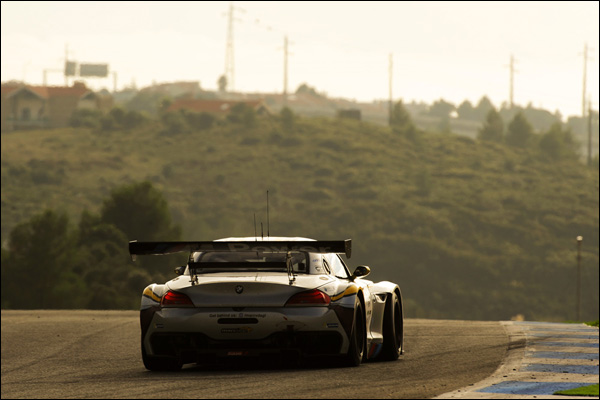 ELMS regulations dictate that Platinum rated Priaulx must be teamed with at least one Silver and one Bronze driver in a three driver squad with the additional drivers still to be identified.

“This is one of the most exciting programs we’ve ever taken on as a team,” said Mrc VDS Team Principal Bas Leinders (seen below celebrating the team’s Estoril win), “Racing the GTE is a new challenge, and one we’re all thrilled about. Technically, the car might look similar to the GT3, but it’s a wholly different beast. 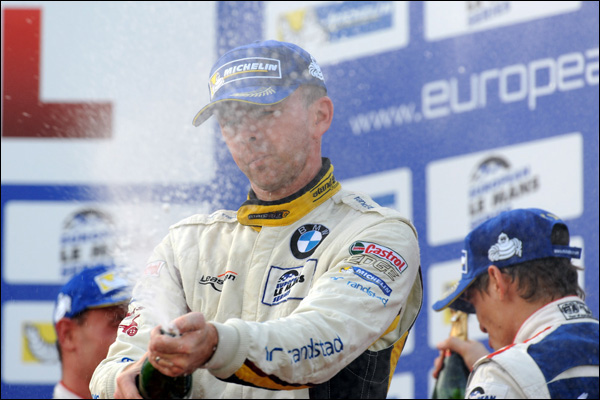 “To get Andy Priaulx on board is also fantastic. I know him from my early racing days in the UK, so I know he’s a great racer. He spent last year driving this car so he knows it well, and that will be very important. We know that the ELMS is a strong championship, with an excellent level of competition, it’s not going to be an easy year!”

“I’m really pleased to take a new step with BMW Motorsport. We’ve worked strongly with them in the last few years and it was only natural we moved our relationship forwards,” said Marc van der Straten, Marc VDS Team Owner, It’s an exciting time for me and for the Marc VDS family, and to have BMW’s top GT car racing under our name is a real honour. I look forward to seeing what this team can achieve with this program.”

“This is a nice programme, it’s going to be an enjoyable team. I’m really looking forward to doing these five races with Marc VDS, and hopefully we could have a championship to our name, that would be lovely,” added Andy Priaulx, “I’ve really enjoyed the racing in GT, there’s no easy stint. I really like the long distance races, they’re great, and all the ELMS races are four hours so that’s a nice length to share with other drivers, you can get into a nice rhythm. Let’s not forget that there are some brilliant tracks which I know really well on next year’s calendar. I’m really looking forward to it.”