The FIA’s Night of Champions in Doha, Qatar has seen the 2014 World Endurance Champions crowned surrounded by the other champions from world motorsport.

Toyota secured the FIA World Endurance Manufacturers’ Championship with the TS040 Hybrid, its first FIA world title since the Japanese manufacturer won the World Rally Championship in 1999.  Toyota beat the 2012 and 2013 champions Audi into second place, with Porsche finishing a strong third on its return to the top flight of endurance racing this season. 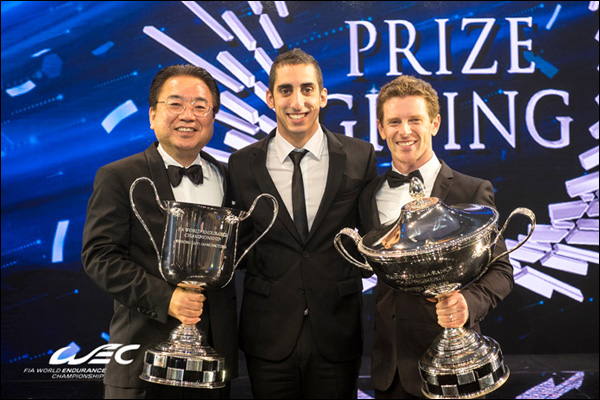 The Drivers’ World Championship was won in Bahrain with Toyota’s Anthony Davidson and Sébastien Buemi completing the job they started with wins at Silverstone, where they secured the Royal Automobile Club Tourist Trophy, Spa-Francorchamps, Fuji and Shanghai and finished on the podium at the 24 Hours of Le Mans behind winners André Lotterer, Benoît Tréluyer and Marcel Fässler in the Audi R18 e-tron quattro.

In the FIA World Endurance Cup for GT Manufacturers it was a three-way battle between Ferrari, Aston Martin and Porsche, with Ferrari securing the title at the final race of the year in Brazil.  The FIA World Endurance Cup for GT Drivers was won for the second year running by Italian Gianmaria Bruni, with the 2014 title being shared by his Finnish teammate Toni Vilander.  Bruni and Vilander secured the LMGTE Pro class win at the 2014 24 Hours of Le Mans and three other victories on their way to the world title this season. 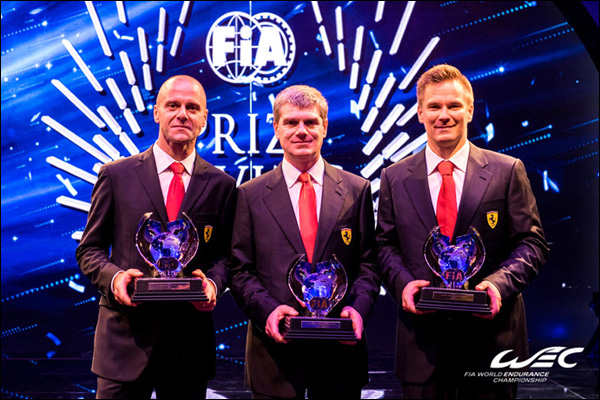 Pierre Fillon, President of the ACO, said: “The World Endurance Championship is a partnership between the FIA and the ACO and, once again, we have shown what we can achieve together.  2015 already promises to be even better with the arrival of Nissan in LMP1 to join Audi, Porsche and Toyota and with a line-up of star drivers across all four classes.  The FIA WEC will be back at the end of March with The Prologue at the Circuit Paul Ricard and then we can look forward to the opening round next April – the 6 Hours of Silverstone.”

Gerard Neveu, CEO of the FIA World Endurance Championship, said: “2014 has been a fantastic year for the FIA World Endurance Championship and in just three years has become a brand that is linked to exciting racing and great entertainment.  We would like to congratulate Toyota and Ferrari on securing their respective manufacturer titles, and Anthony Davidson, Sébastien Buemi, Gianmaria Bruni and Toni Vilander on their achievements this season.”