Simon Pagenaud will likely have a thundering front-engined Corvette C7.R to keep him warm at the Rolex 24 at Daytona and 12 Hours of Sebring according to a number of Marshall’s sources.

The 30-year-old Frenchman finished fifth in the 2014 IndyCar standings for the Honda-powered Schmidt Peterson Motorsports team before accepting an offer to drive for Roger Penske’s Chevy-powered IndyCar outfit in 2015. 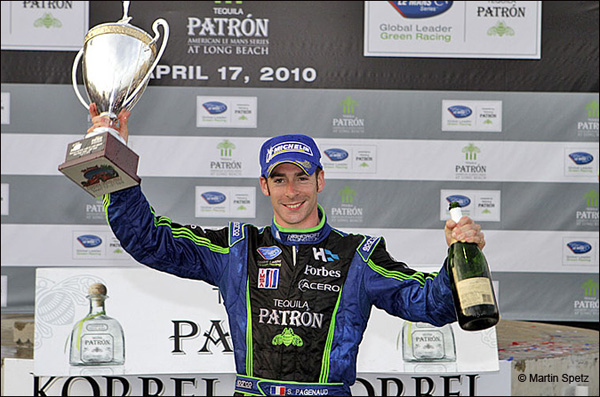 It’s believed Pagenaud’s new alliance with General Motors has opened the door to join Corvette Racing for the first two rounds of the Tequila Patron North American Endurance Cup, and with IndyCar racing and testing duties expected to consume the rest of his schedule, his participation in the other two NAEC events is said to be in limbo.

Pagenaud, who is on holiday in France, was unavailable for comment, as were representatives from Corvette Racing.

Pagenaud’s open-wheel prowess has been matched by his efforts in sports car racing since 2008. As part of factory programs for Acura, Honda, and Peugeot, Pagenaud’s driving skills and technical abilities in sports car racing helped rekindle his IndyCar career. With his future set at Team Penske, moonlighting in the TUDOR United SportsCar Championship with the Corvette factory would seem to complement his upward career trajectory.

Corvette Racing’s full lineup for the 2015 season should be revealed next week ahead of Rolex 24 testing at Daytona International Speedway.

Troy Flis and his Spirit of Daytona Corvette DP team didn’t have much time to admire the brand-new C7 bodywork before repairs were required after driver Michael Valiante suffered a recent testing crash at Sebring.

The Canadian ace emerged unscathed from the accident, and the blue No. 90 chassis has received plenty of attention over the holidays as SDR gets ready for next week’s Roar Before the 24. With replacement parts and mended carbon fiber coming together, Flis told Marshall that his programme has quickly overcome the setback. 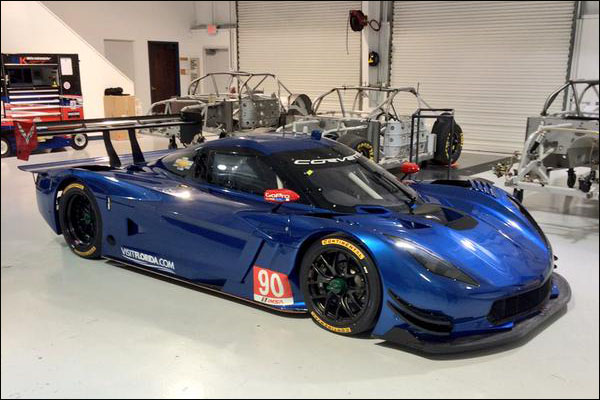 “We had an incident when we were testing, but we’ll be good to go – we’re excited about the new car, and the test went well up until it ended,” he said. “I wish we’d gotten to test some more of the new pieces on the list for next year, but we should be able to make up for it at the Roar.”

Compared to SDR driver Richard Westbrook taking flight in testing with the #90 at Daytona in November of 2013, Flis says the damage from Sebring is a minor hurdle.

“There’s some bodywork that’s getting finished up, so realistically, we just need to complete that and we’ll have all of our spares ready, too,” he noted. “It’s more of a workload for the guys, but it’s nothing new. It was nothing nearly as catastrophic as last year.”

Westbrook, Valiante and Mike Rockenfeller will return to pilot SDR’s Corvette DP at Daytona, and with an increased partnership from sponsor VisitFlorida.com, Flis is confident in the direction the program is headed.

“The car looks cool, and we’re ready to get after it and get going,” he said. “We’re excited we’ve kept all of our crew together, all of our drivers with Rocky, Richard, and Michael, and we can pick up at the Roar where we left off.

“We know we left some things on the table late in the season, and we’ve been working on stepping up in every area. We were competitive in testing at Sebring, and we can’t wait to get the championship under way.”

Kuno Wittmer is one of at least three former factory Dodge Viper drivers hunting for work next season, and with a relatively short period to find a new team between the Viper program’s closure and next week’s Roar Before the 24, the French-Canadian told Marshall he remains optimistic something will come his way in 2015.

“The news of the SRT program closing was hard for many of us; I’ve been talking to a lot of people since it shut down in early October, and a lot of those teams have said they already had their plans in position for next year,” he said.

“Winning the GTLM championship for them was amazing, and now it’s time to find the next chapter. We’re at the end of December now, and I’m continuing to make contact with teams to see what I might be able to do for Daytona, at least. It’s more of a timing thing, so all I can do is stay positive and keep trying to see what we can come up with.”

Wittmer’s short-term goal is to find a seat in the Tudor Championship, and with so few GTLM rides available, GT Daytona or the PC class would be the obvious choices. He’s also open to working in two series – just as he did last season.

“If I could continue in GTLM, that would be perfect, but those chances are very small for everyone right now; my [Viper] teammates Marc Goossens and Dominik Farnbacher are in the same boat as me; we’d all love to continue, but I have to be open to what’s available in Tudor,” he said.

“And I’d also like to do more Pirelli World Challenge races if I can. It was a lot of fun returning there last year and winning at Toronto, so if I could do both [series], it would be the best possible scenario for me. I’m confident something will arise.”

Pursuing openings for next season continues to dominate Wittmer’s activities, and he’s also trying to plant some factory seeds for 2016 in beyond.

“I don’t think I can replace what we had next year, but I’m working hard to create some manufacturer opportunities for myself in 2016,” he noted. “You have to stay active; I want to do a full-time program in 2015, but whatever it is – part-time, the NAEC races, or in the Pirelli World Challenge series – I want to create some momentum and make the most out of it. I had the five best years of my life with Dodge, and now it’s time to build something new for the future.”