There is nothing I want more than to leave the 53rd running of Rolex 24 at Daytona without “Balance of Performance” dominating the conversation.

Sadly, that wasn’t the case last January as Daytona Prototypes spanked the incoming P2 cars around the 3.5-mile circuit, but with new coupes from Honda and Ligier entered for 2015, IMSA has another chance to level the playing field among the overall winners at its biggest event. 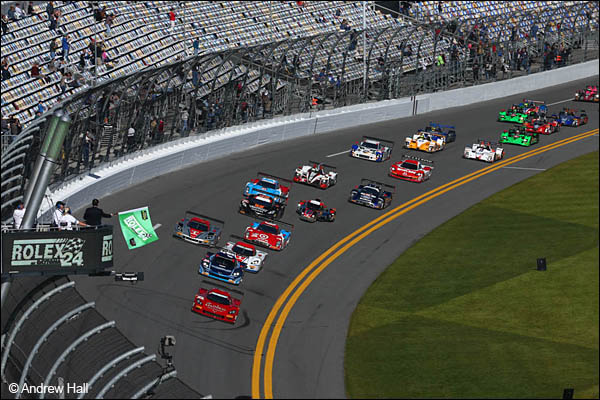 Horsepower is king among prototypes on the long stretches of banking at Daytona, and in the sprint leaving the infield and exiting the Bus Stop chicane, the mighty V8-powered Corvette DPs allowed their respective teams to reach maximum velocity sooner and hold it for a greater duration than their rivals in 2014.

Turbocharged DPs from Ford lacked both torque and top-end, and turbo and naturally-aspirated P2s experienced those shortcomings to an even greater degree. The Fords and the P2 cars could keep pace with the Corvette DPs over a single lap, or for short durations, but once they encountered traffic or a restart, the dragster-like Chevy V8 DPs were in a class of their own.

IMSA went on to make steady progress on the performance deficit between the two versions of prototypes, yet with the open-top P2s being replaced by new coupes, and the championship-winning C6-bodied Corvette DPs receiving an update to C7 visuals for 2015, the Tudor United SportsCar Championship has another big learning curve to overcome heading into its season opener.

IMSA was able to baseline the twin-turbo V6-powered Ligier JS P2-Honda at Circuit of The Americas and Petit Le Mans at the close of the 2014 season, and has a good idea on how the sleek machine performs in high-downforce trim. But with a custom low-downforce spec for DPs and P2s Daytona (DP’s are required to run without their diffuser and P2 teams must run their Le Mans aero kits) direct comparisons and predictions are hard to make at this point.

Letting the field of closed-top Prototypes loose at Daytona during the three-day Roar Before the 24 test Jan. 9-11 will allow IMSA technical regulations boss Scot Elkins to gather data and create a final BoP for the race.

“Fortunately, everything is not from scratch because the place where we ended up at Petit Le Mans, at least on the power levels of the engines, is about the same we did for Daytona.

The only real difference is, we’ve obviously got aerodynamic configurations for the both DP and the P2 that are different. We know the Le Mans kit pretty well because we did a study on it last year.

We just finished doing the DP work in the tunnel with the new Corvette bodywork, and got those guys balanced back to where we were last year. Actually, we’re not that far off from the same numbers we had last year, even with the bodywork changes. That helps a lot in terms of what we’re going into.”

The evolution of DPs and P2s last season involved an initial increase in power and a significant leap in downforce for DPs, and after their dominance in the early rounds, power was gradually taken away. For the lighter and less powerful P2s, more power and weight was added to address the readiness of their tires on starts and restarts, and to increase their overall level of competitiveness.

By COTA, the Ligier-Honda P2 was a rocket as the Oak Racing machine left the DPs well behind to open the race, and they were fast again at PLM, but reliability and strategy limited their results as DPs won on both occasions. It left Elkins and the IMSA team with a glimpse of what both sides of the Prototype balancing process looks like and, for once, DP teams concerned about the pace of P2s. 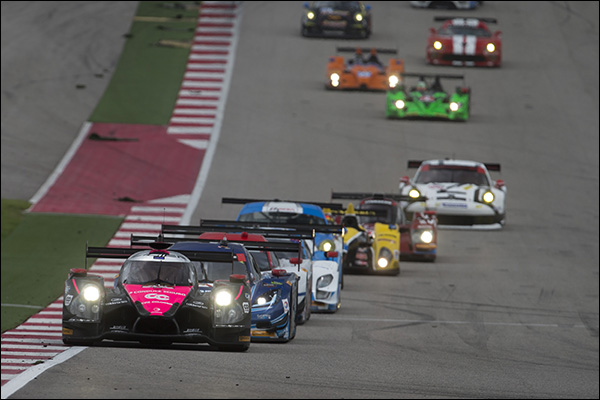 Half of the P2 field will be comprised of part-time entrants dropping in for the Tequila Patron North American Endurance Cup events, and if Daytona turns into another trouncing by DPs, it could be problematic for Euro-minded P2 teams like Tequila Patron ESM and Krohn Racing. In addition to providing an equal playground for Prototype entrants at the Tudor Championship’s marquee event, keeping the peace with P2 teams is also among Elkins’ biggest tasks.

“We did a decent job of balancing engine power with adding a little bit more to the P2 and then in reducing the DP some more; that should be in a pretty good place and we have high hopes going into it, the thing we need to know and we need to see is some of these coupes and their Le Mans aero package at Daytona.

We have an idea on the Ligier, but the HPD the ESM guys are using is new to them and to us, so by the time we’re done with the Roar, we’ll have a really good idea what we need to do, if we need to do anything. We might already be in a pretty good place.” 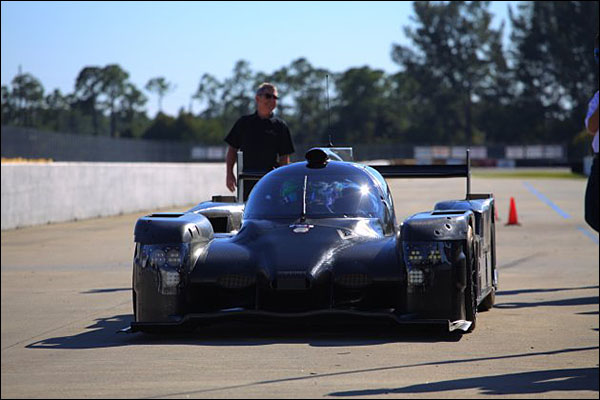 The process for capturing and processing info for the Rolex 24 Prototype BoP will be similar to the process used last year.

Asking teams to run at different power and downforce levels, however, isn’t expected to be part of the test.

“We don’t really have restrictors prepared for anybody to make any changes, and what we don’t want to do is try to make any kind of aerodynamic changes to the car, because the P2 cars use homologated bodywork that’s fixed. So we want to keep that bodywork as fixed as possible because that’s just the way the rules are written.”

IMSA’s efforts at the Roar will rely on teams to avoid the popular practice of sandbagging as a method to mask their true potential. The series has penalties in store any team or manufacturer who demonstrates a noticeable gain between the Roar and Rolex 24.

We’re trying to make that, I hate to call it a threat because it’s more than a threat, we’re trying to put more teeth into that regulation. The way it’s written, it’s a discretionary penalty but it will be no less than a five-minute stop and hold.”

With full engine dyno and wind tunnel benchmarking completed for the DPs, Elkins will finish the aerodynamic testing process for P2s the weekend after the Roar/before the Rolex 24.

“We tried to get guys in this past week when we were in there with the DPs but the scheduling just didn’t work. We had an issue with the HPD with parts for their Le Mans kit and then in terms of the Ligier, it’s just too new. We want to work with the guys from Shank and they just got the car a few days ago and we’re trying to get everything together. We found a date that works for them, they actually picked the date themselves, so that we could go in and gather that information prior to the race. We’re not balancing anything, it’s to see where the cars are at.”

The job awaiting Elkins and IMSA is academic, and for the DP and P2 team owners and managers I spoke with about the process that awaits them, expectations for Elkins & Company are high. There’s an obvious sensitivity after DPs won nine of 11 rounds last season; P2 teams want a balanced and fair fight at Daytona, and DP teams don’t want the slippery new P2 coupes to render them obsolete.