Under rather threatening skies, the only practice session for Friday took place and thankfully the hour long session was green all of the way.

Up front, the usual suspects made their appearances at the top of the time sheet, led by the MSR Ligier HPD, courtesy of AJ Almendinger. As expected, the times were drastically reduced from yesterday’s qualifying session. AJ’s time was the only one to be in the 1:40’s and was nearly 1.7 seconds off the pole time. 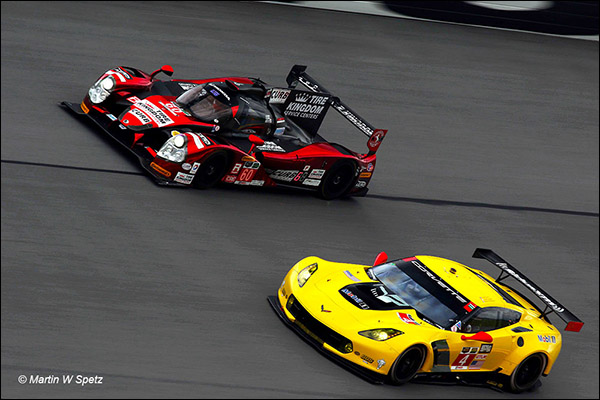 The session was encouraging for Risi, as for the first time all week the Ferrari team headed the GTLM times. Ex-F1 driver Giancarlo Fisichella turned a 1:44.572 lap, a time which he established on his 10th and final lap of the session. As expected, this session saw the class Porsches much closer to the class pace than they have been in the last few days. Looks like they are getting ready for the race. 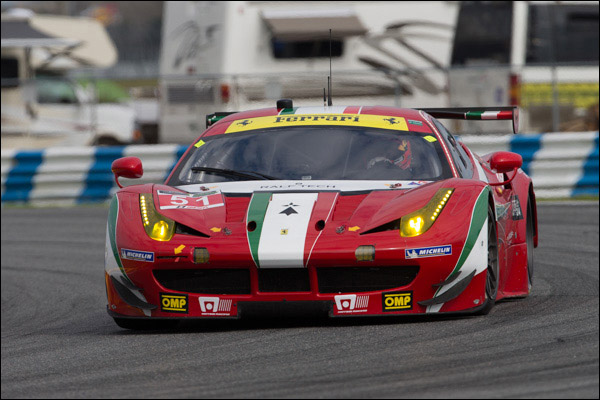 In the Pro-Am classes, it was RSR quickest in PC, while GB Autosport was tops in GTD. 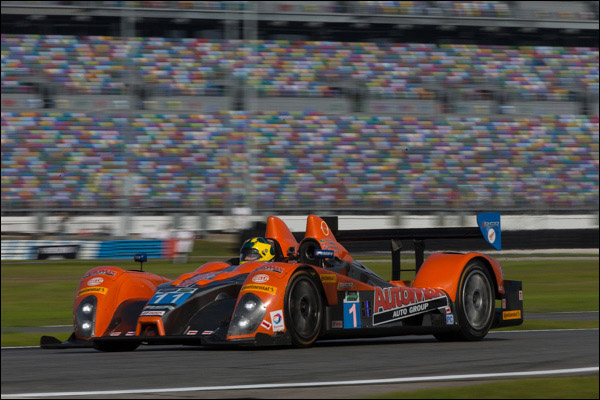 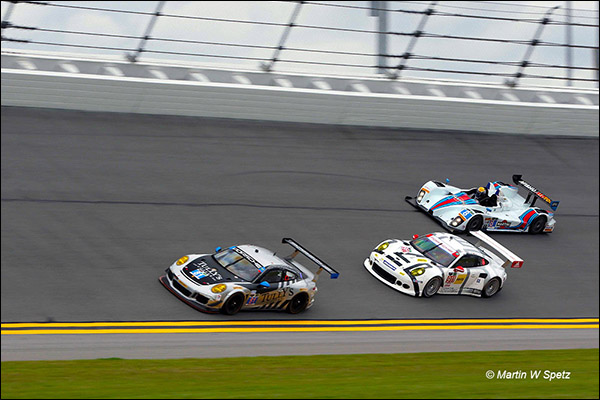 Notes: Corvette updates, the 4 Corvette struggled at times last season and no matter what the crew threw at it, it just didn’t respond as they hoped. Throughout the season, improvements came through hard work, but eventually changes were necessary. In this case it was a new chassis. Well not actually a new chassis, but the original test chassis, which is also the same chassis that competed in the WEC race at Austin.

While it doesn’t seem like it should be a big deal, it has made a difference. Olly Gavin, “I think we’re back where we should have been. We worked and worked at it, but we just couldn’t resolve whatever issue we had. We made incremental improvements but we just couldn’t get the 4 car to match what the 3 was doing.”

“It isn’t just the speed from the car that is better, it is like a psychological boost for the whole team. We’ve got more confidence now, knowing that we can compete.” 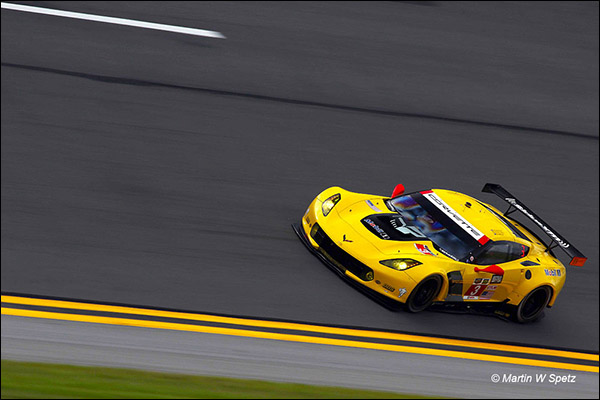 It is understood that a 4th C7.R chassis is now being built and that there is also a chance that Larbre could also in the running to receive a C7.R for full season WEC LMGT-Am competition.

As far as the pole lap, getting a draft from Jan was not something that was planned. “We really didn’t have any plan to do that – it just came up on track. I thought the car was good, but I don’t think I’d have been able to get pole without that tow from Jan. I was glad to be able to return the favor and help Jan out later in the session. It was odd how it came about and I’m not quite sure why we haven’t tried it before here.”

Jan appreciated the returned favour, “without it we’d have been further down the grid. We just didn’t have the set up that we’d hoped.”

For the race here at Daytona, circa 2015, both Olly and teammate Tom Milner seeing some changes coming into play. Milner, “the lower car count here has so far made the traffic be a bit more manageable that last year. It is especially evident that the GTD class car count is lower here. It makes it much easier to get around.”

Added Gavin, “because the numbers are lower, it just means we have less cars to sort and to get around. Like at Laguna last season when we raced separate classes but had some sessions in which all of the series cars were on track at once. When we went back to racing the separate classes it actually was a relief.” Both drivers agreed that a lower car count does not mean that the show will be worse, in fact it will likely improve the show as the lower car count because less cars should mean less opportunities for yellows.

Whether it is a split like at Long Beach (GTLM and Prototypes) or like at VIR where it was GTLM and GTD doesn’t make a difference, they both pose their own issues. You would think that the format at Long Beach, where the GTLM class shared the track with the prototypes would be the least disruptive, but not how Olly saw it. “Sometimes things happen like at Long Beach, where a group of us in the class got held up by Ed Brown in the Honda, while the class leaders just drove off into the distance. We just couldn’t get by at all. He was fast enough at all of the wrong places for me to make a move. Any move I’d have tried would have just been too high of risk. Those few laps stuck behind Brown settled the race for us and the rest of those in the class behind us.”

The issues of running with the GTD cars only, like at VIR poses the obvious issue of getting hung up behind long trains of competing cars from the lesser class that can be disruptive to a battle. That likely will not be as big of an issue later this season, as the GTD class car count is expected take an even bigger hit post Sebring.

Meanwhile at Daytona, it will be the full meal deal, all four classes going at it, for the full 24 hours. One concern though is the weather. With rain coming through the night before the race and a forecast for very cold temperatures during the night of the race, it might be a bit slick at times, especially when coming out of the pits. “Pit exit can be pretty treacherous here, especially with cold tires. I expect to see some issues due to the temperatures, especially with the cars running Continental tires, as they’ve traditionally had issues getting heat into their tires, especially at the start of a stint”, stated Olly.