After very heavy rain overnight here at Daytona and showers this morning the clouds are clearing ahead of the start at 2:10 pm local.

There has been a further driver addition, Historic racer Doug Smith joins the line up of the #50 Highway to Help Riley Dinan BMW. Doug drives the Jim Rogers owned 2005 Audi R8 regularly pedalled by to good effect alongside Andy Wallace in HSR series races.

The #98 GTLM Aston Martin features E10, rather than the more standard E85 fuel, the Aston V8 not tested and tuned for the IMSA standard fuel. The resulting performance is balanced out though with changes to the tanks size and fill rate.

Davy Jones led the field of historic racers around for the traditional 24 Minutes of Daytona in his 1990 race winning Castrol Jaguar XJR12D, the car recently restored to running condition. Davy still looks as fit as a butchers dog and was wearing the very same overalls he used to race the car to the win 25 years ago with Jan Lammers and the aforementioned Andy Wallace! 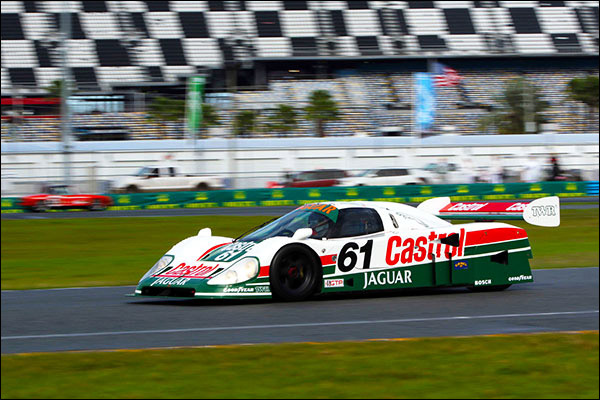 The paddock is packed with spectators as the weather clears, with long lines for the Autograph session.

And without any further comment from this writer. Here’s the rear of the GTD pole setting #007 TRG AMR Aston. Let’s all have a safe one. 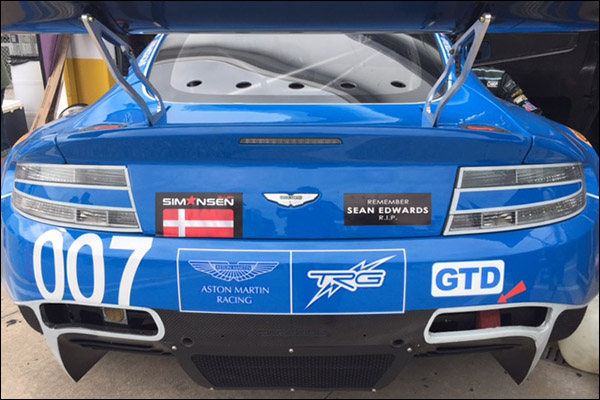