It’s safe to say that this season will have the strongest field of entries of the young and ever-growing World Endurance Championship. Of the 35 entered cars, Nissan bringing a pair of GT-R LM Nismo LMP1 cars to the series is the headline, but outside of that, there’s plenty more new teams, drivers and cars to get excited about.

It seems that the sheer quality of the entry has meant that the WEC were prepared to break their own self-declared rule on overall full season grid numbers – “No more than 32” were were told several times. But 35 it is! 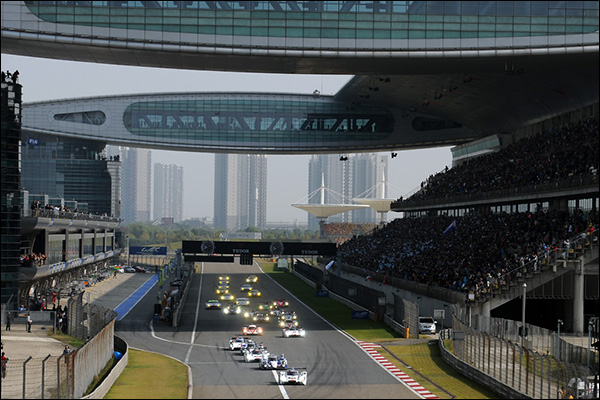 This year’s LMP1 battle has all the makings of a classic, with four manufacturers entered, this truly is a golden age for the sport.

The quartet of marques each have two cars listed for the whole season, with the biggest news coming from the Nissan camp, who have revealed three of their drivers. Frenchman Olivier Pla, British young-gun Harry Tincknell and Super GT stalwart Tsugio Matsuda are confirmed for the new programme.

Audi, Porsche and last year’s champions – Toyota Racing – will all be bringing revised versions of their 2014 chassis to the series. Porsche certainly seem to be full of confidence that their new 919 will be up to the task after some pretty sizeable changes. (They have also changed their numbers to #17 & #18.)

There is no LMP1-L class anymore, so the remaining privateer runners will be farmed into the headline prototype class. Rebellion remain committed to the WEC, and again will enter two R-Ones. However, they have been forced to miss the start of the season after a change of engine from Toyota to AER has delayed the programme.

Meanwhile, the ByKolles entry, renamed after the Lotus deal expired, will hopefully take some steps forward in terms of speed and reliability of the CLM P1/01. They showed flashes of promise towards the tail end of last season, it would be good to see them tussling with the Rebellion team this year.

If anything, we should be in for a monumental scrap for the manufacturers’ and drivers’ title this season between four blue-chip automotive giants.

Last season’s LMP2 class, despite producing an intriguing battle for the title last season, was down on full-season numbers. This year however, it looks like we will be in for a treat, with the amount of cars on the grid hitting double figures and the variation in chassis very much welcome.

After missing the entire season last year with homologation issues, Strakka Racing are ready to go this season with their DOME S103. From what we know, the car is quick, and should be in immediate contention for the title with the rapid trio of Nick Leventis, Johnny Kane and Danny Watts behind the wheel.

Tequila Patron ESM are also a very welcome entry to the list, bringing two brand new HPD ARX 04bs to the series. After a run at the Daytona 24 Hours, during which the car seemed to have pace, but not a lot of reliability, it will be interesting to see where they stack up against the WEC runners.

G-Drive Racing will bring two Ligiers to the series after a very successful campaign last year. They will be running Nissan engines again too, after failing to secure a deal to use a re-badged Judd.

Signatech Alpine have moved into the WEC after winning the ELMS title, and shouldn’t be overlooked as a prospect, Highly rated french youngster Paul-Loup Chatin stays with the team.

Oak Racing and KCMG also bring a car each to the class after competing last year. KCMG are sticking with an Oreca, albeit this time a brand new 05 coupe, after challenging hard last year. And finally, a two car-entry has been entered by the much anticipated Team SARD-Morand programme using the newly updated ‘Evo’ Morgan chassis and SARD badged Judd V8s with ex-F1 driver Christian Klein and Pierre Ragues listed as drivers. Oliver Webb will join Ragues in the #43 Morgan Evo

GTE Pro’s entry looks much the same as last season, which is by no means a bad thing. The three teams return with manufacturer backing, the major difference being the addition of the #95 Dane-train Aston moving up to the Pro class to join the #97 and #99; Recent single-seater star Marco Sorensen headlines that car this time. the #99 cr retains fernando Rees but loses the Craft Bamboo AMR moniker.

AF Corse won the title last year, after a season long duel with Porsche and Aston, let’s hope we see the same sort of door-to-door action we saw at times last season between these guys.

There was a lot of mystery surrounding this season’s Am category, with many fearing a drop in numbers to last season. In the end though, what we have is a quality field of seven cars, and crucially, a new chassis entering the mix.

After seeing Corvette Racing enter the WEC round at Austin last year, many hoped that was a preview of what was to come for that programme. And while Pratt and Miller have opted to keep their talents to the IMSA series back in the US this year, we do have a Corvette on the WEC grid in the form of a Larbre Competition C7.R.

They’ve won the with Corvette at Le Mans in the past, so they have little to prove in terms of GT pedigree. And while it’s a shame their P2 programme didn’t go as planned, nobody is disappointed with a Corvette featuring in the WEC for the year.

Aston Martin Racing bring a two-car effort to the Am class this season, with Roald Goethe and Paul Dalla Lana as the two confirmed drivers. Proton Racing also have two cars, but they will run under separate banners: Dempsey Proton Racing and Abu Dhabi Proton Racing.

Two Ferraris are entered for the season, with no 8Star Motorsport entered 458 this time. AF Corse and ELMS GTE champs SMP will be representing the Prancing Horse here – notably the AF Corse numbers are down from seven cars to just three in the WEC.