Drama as the Bathurst 12 Hour gets underway.

The first practice session of the 2015 Liqui-Moly Bathurst 12 Hours was brought to a premature end after a heavy incident between the defending race winning #88 Maranello Ferrari 458GT3 and the #99 Craft Bamboo Aston Martin. 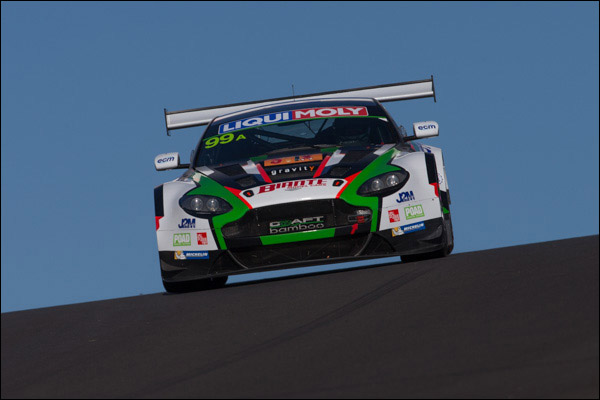 The Ferrari driver, Tony D’Alberto was taken to the medical centre after the front was ripped off the Ferrari in the incident at Forest Elbow. Jean-Marc Merlin was at the wheel of the Aston Martin who lost the front left side of the car and is uninjured.

The #88 Ferrari came back to parc ferme, was examined by the Maranello crew and then immediately put under a cover. Whilst a spare 458 is available here, there’s no news yet on whether the team will return to action.

It meant that the session was 55 minutes rather than the one hour. It was also punctuated by an early red flag with the AMAK Porsche with Andrew McPherson behind the wheel having an off, damaging a front upright after going in the barrier at the Cutting.

The track conditions were very green as the session got underway at 8:15am local time. The weather conditions were sunny with a slight breeze, with the track temperature at 28 degrees and air at 24 degrees. The track had new tarmac laid in sections after last year’s 1000km race where the track broke up in sections.

Many drivers reported that while it was slippery to begin with, the track rubbered in quickly with grip improving through the session.

In Class A GT3 Pro-Am the pace was set by the JBS Lamborghini with David Russell beheld the wheel, setting a time of 2:05.9226 on the car’s seventh lap. 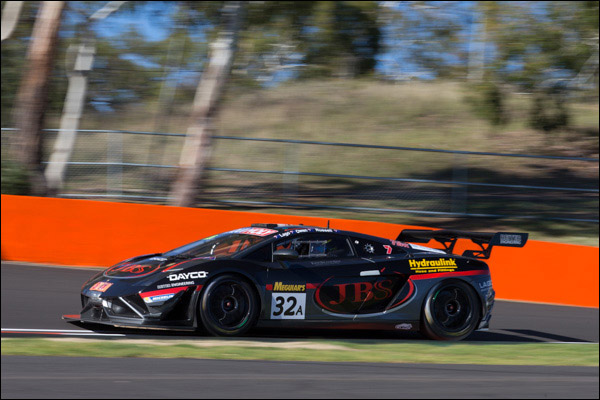 It was the only car to dip into the 2:05s with Maranello Motorsport Ferrari’s Mika Salo setting a time of 2:06.4104 mid way through the session. Third was the Nissan GTR with a 2:07.0792, setting the fastest time of the GT3Am category. 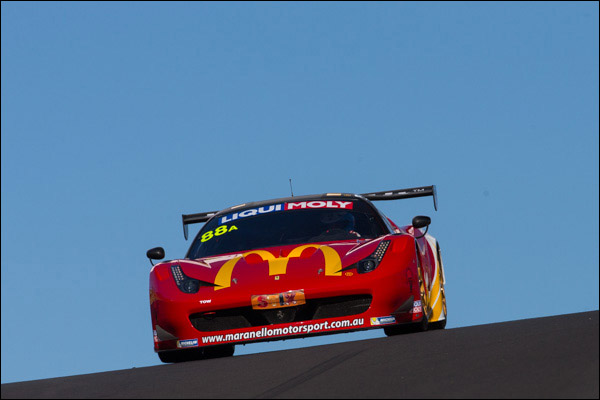 Overall though, for many teams it was a chance to bed in the car rather than going for outright times, most teams running two drivers for the session.

A special mention should also go to the Trass Family Ferrari that was delayed getting out of Customs in Australia, arriving at the track late last night. Despite this they set the fourth fastest time of the session with a 2:07.3514. 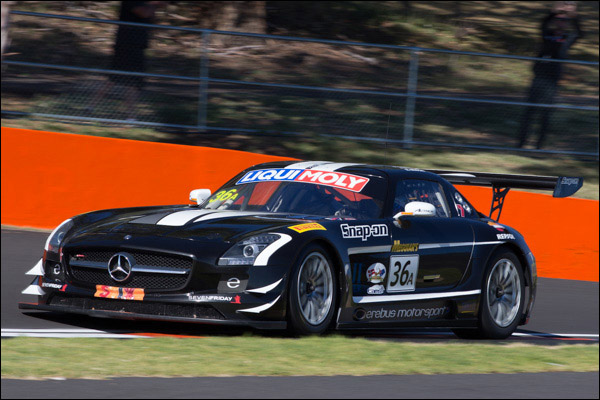 The Class B battle for the Cup Cars was led by Matt Kingsley in the Wall Racing Porsche GT3 Cup taking 24th overall with a 2:13.9701.

They were ahead of the Mobil 1 Endurance Porsche outfit who had their weekend’s plans thrown into disarray with a road accident involving their drivers on Thursday. While both of the cars went out in session one, four of their drivers were involved in the crash, with Phil Mauger, Hayden Knighton and Scot O’Donnell ruled out of the weekend with Lindsay O’Donnell is undecided on his participation.

Further information on their conditions will be provided when further details are released.

Class C for GT4 cars has only three competitors but will be hard fought and the new Lotus Exige V6 Cup R led the times ahead of the Aston Martin St Gallan entry with a 2:27.2856 and 2:28.6282 respectively. 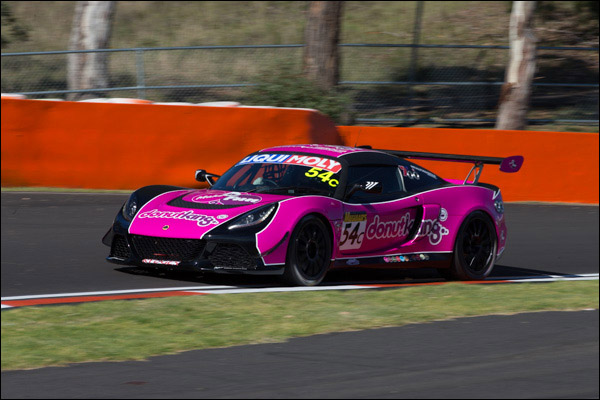 The second of four practice sessions gets underway at 11:25am local time and is scheduled to last for one hour.