The Kangaroo Audi lays down the marker in Practice 2.

Audi strikes as Laurens Vanthoor drops into the 2:04s during second practice for the Liqui-Moly Bathurst 12 Hours.

Vanthoor’s time of 2:04.987 was four tenths faster that the Nissan effort with Wolfgang Reip behind the wheel. The kangaroo liveried Phoenix Audi put down the benchmark time late in the session as the German squad put claim to the overall prize that they won twice before. 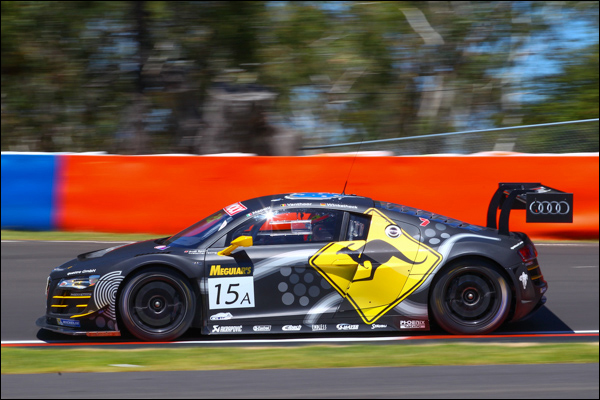 Nissan on the other hand, known at the Mountain for the exploits in the 1000km race put in a time of 2:05.3871 as they lay claim to the GTE AM class. It is a factory backed Nissan effort and they are looking for a strong result at the Mountain. 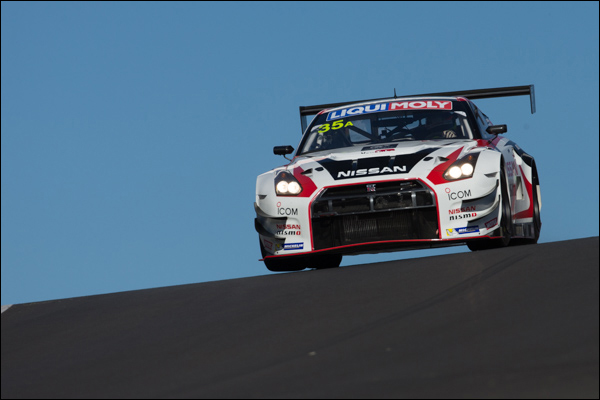 For most though the session was used to chase a setup or allow the other drivers a chance to get used to the track at speed. Many, like Clearwater Racing’s Toni Vilander have not raced at the Mountain before. It didn’t stop Vilander from putting in a competitive time with a 2:06.8221, however it suggests that there is a lot more time in the Mountain to come.

Unlike the last session, this one was relatively free of drama. Only a spin for Matt Kingsley after contact with the Wall Racing Porsche at the Chase required a short red flag period. Minor contact between the Icebreak Porsche and the #36 Erebus Mercedes was the only other cause for concern.

Most of the cars completed around 20 laps of the circuit in the one hour session, taking place under sunny skies.

The #99 Craft Bamboo Aston Martin didn’t make it out for the session, still undergoing repairs from their heavy crash in practice one, the car is having an engine change and won’t run until tomorrow and #92 MARC Cars Ford Focus also remained in pitlane throughout the session.

The Class B times have started to come down too with the class defending champions – the Grove Porsche taking the fastest time in class, coming in 22nd overall with a 2:11.1816. They were considerably faster than anyone else in Class B with the #47 Superbarn Supermakets Porsche coming in second with a 2:12.7156. 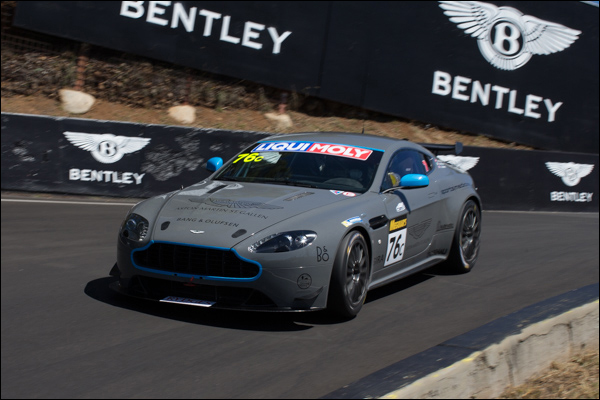 The third one hour practice session gets underway at 1:35pm local time.