The third practice session at the 2015 Liqui-Moly Bathurst 12 Hour was punctuated by red flag periods caused by heavy crashes.

It didn’t stop David Russell putting in the best time of the weekend to date with a 2:04.232 and was the only person to dip into the 2:04s during the practice session. 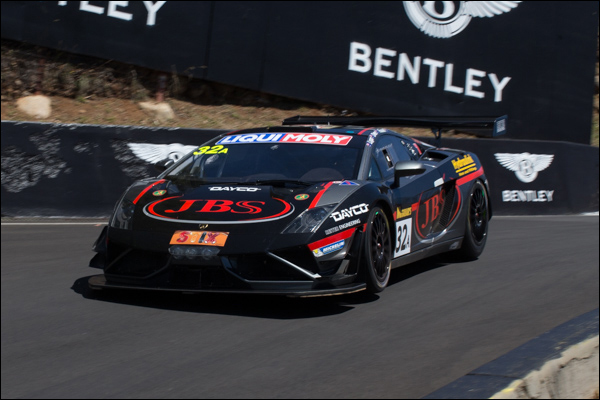 The session did spell trouble for the Bentley M-Sport crew with Andy Soucek hitting the wall at turn three as the back end of the Bentley stepped out. With no run off, it meant that the Bentley suffered considerable damage and may not be able to be out for the fourth practice session later today, although they are expected to be out for tomorrow’s sessions. 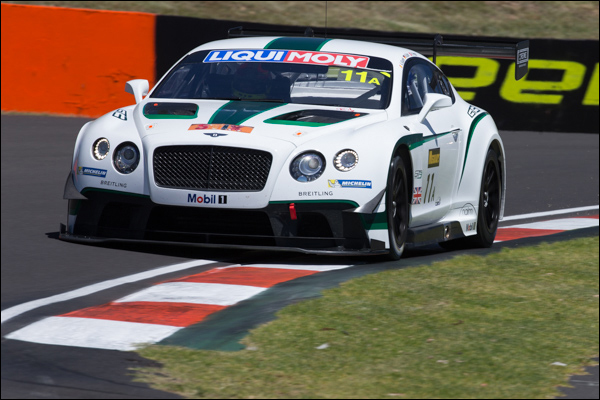 It was also a tough session for Tim Macrow in the #64 Motorsport Services Porsche who lost a door. A second incident for the car ended the session 3:30 early when it rolled to a halt at the Dipper.

The biggest moment of the session went to Iain Sherrin in the Class D Sherrin BMW who had a massive accident at the Chase when a mechancial issue befall the car. While the driver is ok, the car – particularly the front of the car has heavy damage.

The team does have a spare car and has been given the approval of the race stewards to transfer from the original race car.incase the damage is too severe to repair.

While the team’s chase an optimum setup, the times are still spread out with Russell almost 1.5 seconds quicker than the second placed Clearwater Ferrari who was just faster than the #15 Phoenix Audi.

Again the Nissan GTR led the GTE-Am category but there was close battle with the McLaughlan Audi R8 and the Swirk Audi R8 who all turned in 2:07.7s.

The GTE-Am battle continued with Erebus Mercedes, VIP Petfood McLaren, the Vicios Rumour Ferrari, Flying B Bentley, the M-Sport Bentley and the Trass Family Ferrari all within a second of the Nissan.

Class B for Cup Cars was again led by the Grove Porsche with a 2:11.1658. There was a special moment for the Mobil 1 Porsche team, now consolidated into one entry, coming in second in class with 2:13.8174. 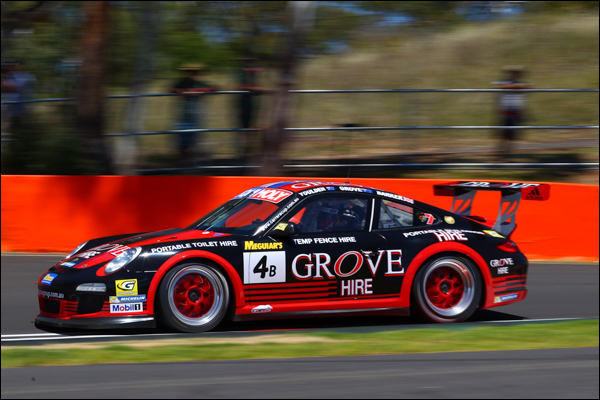 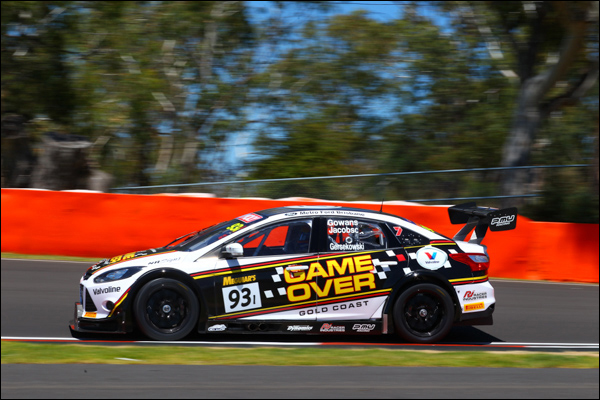 The three sessions to date have been punctuated by red flags and damaged cars, a typical trait of Bathurst as the teams and cars have taken time to get used to the tight and twisty track. With one session remaining for the day, the teams will be hoping for a clear session to help prior to qualifying tomorrow.

The fourth practice session will get underway at 4:15pm local time.