The Hallmark/Network Clothing Audi R8 LMS has topped the final session of day at the Liqui-Moly Bathurst 12 Hour.

The session did run smoothly, when compared with the other sessions from the day with only one short red flag period when the AMAK Porsche 911 GT3R spun at turn one and was trapped in the gravel.

The times dropped for practice four with the best time being set by the Christopher Mies at a 2:05.3280, about a second slower than the best times from practice three. This also ensured that he led the GT3-Am category. 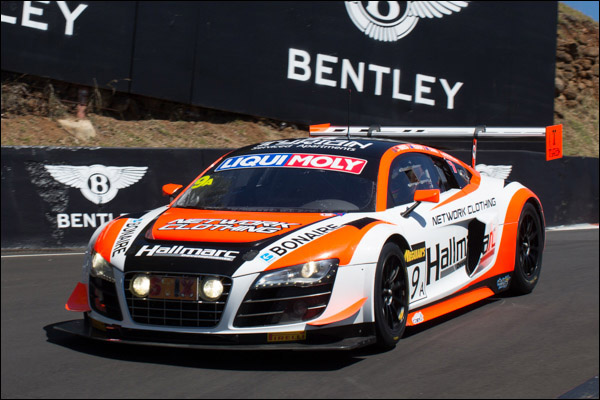 The GT3-Pro class was led by the #15 Phoenix Audi R8 LMS who was three tenths slower than the Truss Ferrari.

Many of the teams were looking to consolidate their race strategy and find a setup, rather than going for outright times after the other sessions were filled with red flag intervals. 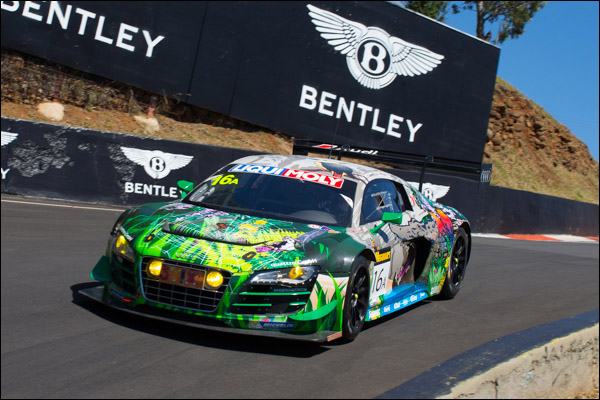 Class B was again led by the Grove Racing Porsche who ended their dominating performance of the day with a 2:10.0271. The only session they didn’t top today was the first when the Wall Racing Porsche was fastest.

The Wall Racing car didn’t go out in the final two sessions of the day. It is still unclear whether they will be able to take part in the event. The crash in session two caused a lot of damage to the car and the crew was on standby while parts were being sourced.

The good news story from the class is the Mobil 1 Motorsport Services entry. After three of their drivers were injured in a traffic crash, they were reduced to one car which ran well to third in class. 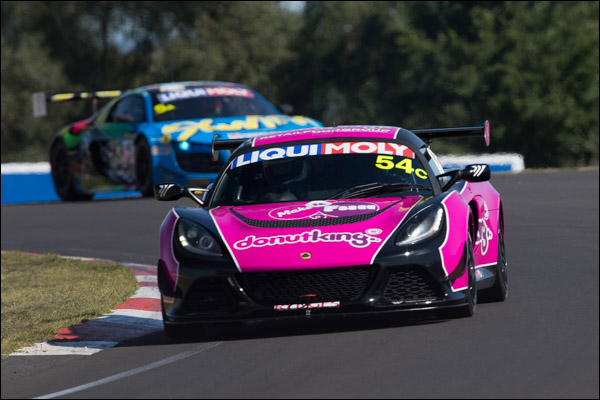 The #93 Ford Focus took a clean sweep of the competitive Class I posting a 2:13.5333 in what was a solid day’s running for the which they stayed out of trouble while Australian F3 front runner Ben Gersekowski, Gary Jacobson and Adam Gowens got used to the car and the track. 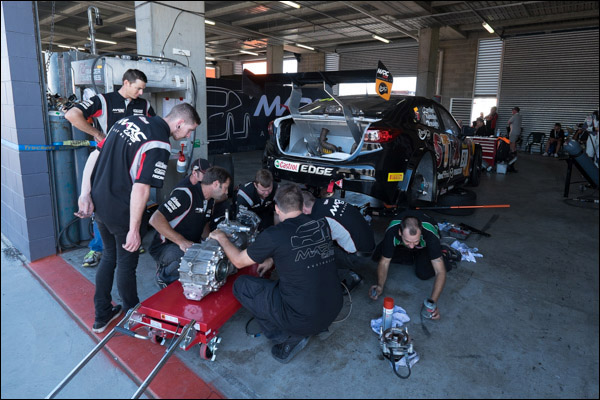 The Craft Bamboo Aston Martin that was involved in this morning’s shunt with the Maranello Ferrari was undergoing repair throughout the day. While they didn’t make it out again today, the massive repair job will ensure they are out for tomorrow morning’s practice session, with the engine going back in the car late in the day.

Additionally the Bentley M-Sport crew were also busy today repairing the damage from the incident in practice three. The damage had been more extensive than initially thought, though they will be back for tomorrow’s sessions. 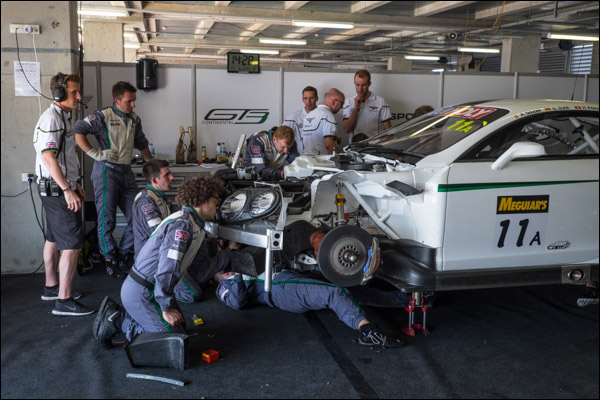 The fifth and final practice session gets underway at 7:45am local time on Saturday.