You’ll be hearing rather more in the coming days of our roster of 2015 columnists. Here’s the first ‘new boy’, Richard Westbrook is a hard charger, one of the very best sportscar drivers in the world. In recent years we’ve seen ‘Westy’ plying his trade in North America, as well as in Europe. 2015 looks set to see more of the same, with his principal programme in the Tudor United Sportscar Championship as it enters its second season. Richard and his VisitFlorida.com team will be looking to do what they can to challenge for the overall title, their #90 Corvette DP one of the very best. 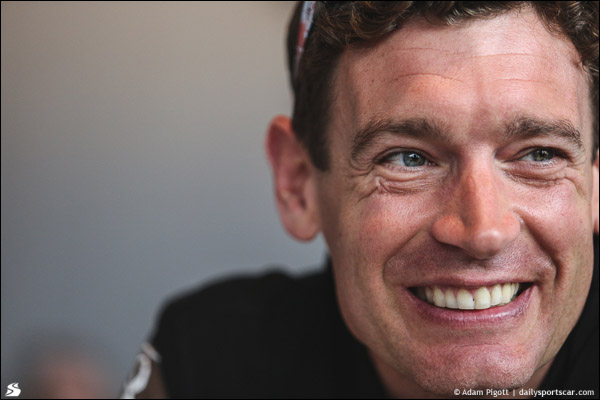 Welcome to my new column for Dailysportscar. I’m chuffed to have been asked to do this by Graham and the team, and as anyone who knows me will understand, this doesn’t come naturally, so stick with me, hopefully it will become a good read as the year progresses!

Christmas seems like a long time ago, but it was good to see friends and family and re-charge the batteries. I’m doing a full season of the Tudor series in the US again this year and my team-mate Michael Valiante and I are pushing for the title. We came close last season but a few technical gremlins at the start allied with some bad luck and cars driving into us ensured we were always a long shot going into the final round at Road Atlanta. 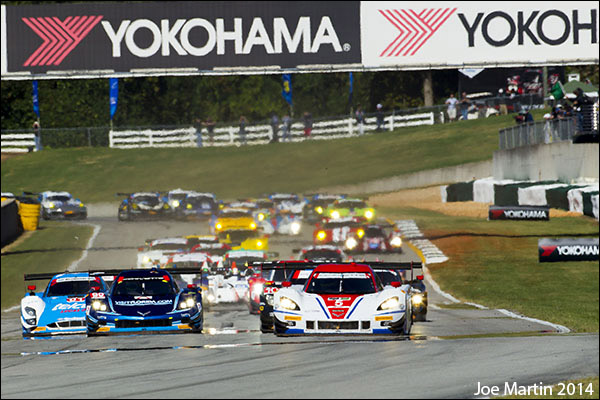 I’ve spent a large amount of my adult life in London and at the end of last year we moved to Bath. It wasn’t an easy decision, but it was nearer to my wife Jess’ family and we found a great property that needed renovating. Of course those were all considerations, but I was swayed by the abundance of pubs that server proper British ale and an ability to go running without getting mowed down by a London bus or cabbie.

By the end of January, usually I’ve completed my first race with Troy (Flis) and the guys at Spirit of Daytona Racing or VisitFloridaRacing.com as it is known this year, and I get back home to the UK to relax and enjoy some family time before the start of the Tudor Series proper at Sebring in March.

To some extent that is unchanged, but upon arrival back from my first visit to Daytona this year, I was greeted by a new arrival to the Westbrook mafia, baby Laurel. After a relatively short flight back from Florida, I rang Jess and couldn’t understand why there was a baby crying in the background. My other daughter Millie is now two and is past the shrieking that I could hear on the other end of the phone. Then, after what felt a lot longer than it probably was, it clicked!

I rushed home from Heathrow, doing the maximum legal speed limit as you would expect, to meet my new daughter. It was superb, and a real surprise as I thought the way it was going I’d be back from the Roar in plenty of time. I got my timings slightly wrong, but I got a really precious week with her before having to fly back to the US for the Rolex 24.

Getting traction at Daytona

I’ve competed at the Rolex 24 race more times than any other in my career, and I’d be lying if I said that the fact I hadn’t won it yet doesn’t bother me. It does.

When the first race of the year is also the longest, it heaps a vast amount of pressure on the team over the brief off-season we get in the USA. When you add in the factor that you’re sponsored by the Florida tourist board in Daytona, the scrutiny from all corners increases, whether it is intended or not.

We made really good progress over the three days at the Roar, but there is no escaping that we didn’t have enough running prior to Christmas and that always puts you on the back foot a little going into such a long and demanding race. We really could’ve done with the first race being three weeks later, but Troy and the crew are no strangers to the demands of the IMSA series and largely got on top of it.

I think anyone who watched this year’s race will be aware that we had a fundamental traction control problem that was a constant issue in every session. We ran the majority of the Roar without TC, which costs you around half a second a lap minimum at Daytona.

Last year there were issues around the balance of performance and I’m not going to jump two-footed into any debates on what was right or wrong, but what I will say is that upon reflection, IMSA really seem to have got a handle on it now and the P2 cars were a more potent force. The fact the first four cars across the line were DPs doesn’t reflect how close the pace is between the cars now. 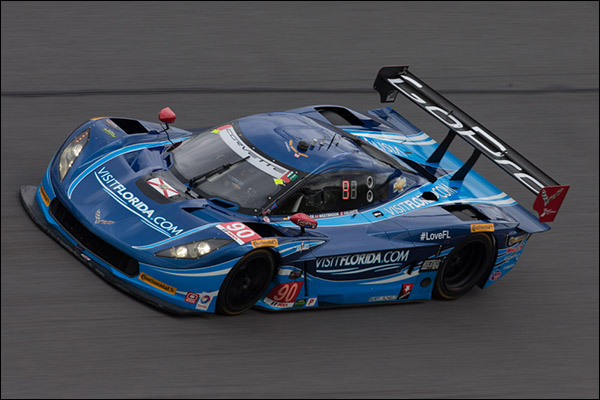 The dismissal of the Wayne Taylor Racing DP is a shame. I felt the guys did really well throughout the event and deserved a podium, but as we found at Road America, the smallest inaccuracy can cost you. I have little doubt that they’ll be right at the sharp end in Sebring and will be contenders for the title this season.

That said, the guys at VisitFloridaRacing.com are due some luck, so to inherit third place is a good return for us and means we’re in a stronger place than we were last season. The GT boys did well too and it was superb to see Corvette post a 1-3 finish.

Now I’ve got a few weeks to sort the last of the issues with our new house out; I think given our new arrival, we really need to get into our own place.

I hope this has been an enjoyable read and I’ll be posting another column shortly.