Well here we are! The 2015 Pirelli World Challenge championship is finally about to begin this weekend at Circuit of The Americas in Austin, Texas. My name is Ryan Eversley, I’m a professional racecar driver and this year I’ve signed on with Acura Motorsports and RealTime Racing to compete in the GT class. This will be my first full season competing in PWC but I was able to enjoy some success on my debut by sweeping the Mid-Ohio event in the PWC touring car class back in 2010. 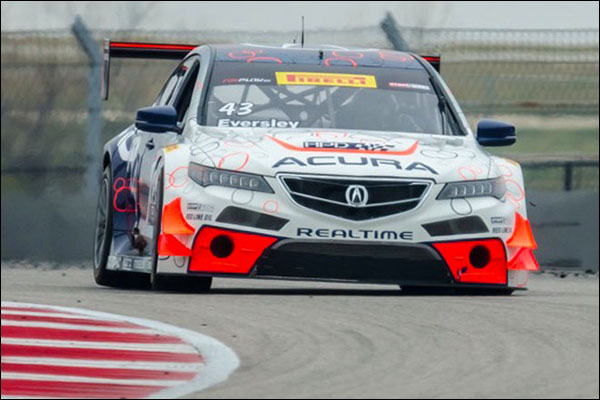 All you really need to know about me is I started as a mechanic when I was 16 years old by sweeping floors and cleaning wheels and eventually convinced someone to let me drive their racecar, which led me here. I’ve just turned 31 years old so, as you can imagine it was a bit more difficult than that, but I’ll spare you the world’s smallest violin for the factory driver song, for now. 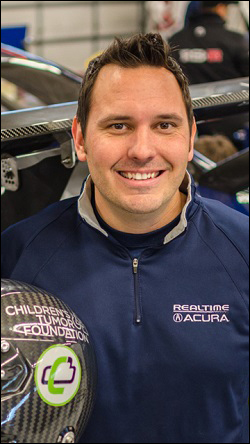 In the last few seasons, Pirelli World Challenge has taken its GT class and adopted the GT3 rules that are commonly used around the globe and have produced some of the best GT-style racing ever seen. The GT3 idea has been well received by the manufacturers as well and brands like McLaren, Bentley, Lamborghini, and Audi to name a few, and they have developed turnkey race cars that are fast, reliable, easy to maintain and sexy! PWC started to see an increase in competitor and fan interest alike and now we find ourselves headed to the first race of 2015 with over 40 GT cars entered at the beautiful COTA facility.

Traditionally, the GT class has featured a lot of owner-drivers with a handful of pro drivers and factory-backed programs all mixing it up during the sprint race format. For 2015 the series has really attracted some star power to complement its already strong driver roster. Factory McLaren driver Kevin Estre will be paired up with recent Salt Lake City race winner Robert Thorne to drive for the newly formed K-PAX/Flying Lizard alliance. If you don’t know Kevin yet, you will. Do yourself a favour, search YouTube for “Kevin Estre Nordschleife” and be prepared to change into a fresh pair of undies.

Also joining the GT ranks will be factory Ferrari driver Olivier Beretta who’s won everything but the lottery in his sports car career. If he has won the lottery and I didn’t know, I wouldn’t be surprised; he’s that good. Race winners Mike Skeen and Ryan Dalziel also return with their respective teams from last year, where they were a threat every weekend that they entered.

Finally, my teammate PD Cunningham makes his return to the GT class in one of the two Acura TLX-GT’s with his RealTime Racing squad. PD is a seven-time PWC drivers champion, including the 1997 GT class, which makes him the most successful driver in Pirelli World Challenge history and if I write anything else PD is going to accuse me of sucking up, so let’s move on!

Sports car racing is unique because the cars are the stars but the teams also have extremely strong fan support. Turner Motorsports is a fan favorite in any series they run and in 2015 they will return to PWC with two beautiful BMW Z4s. The Will Turner-led group has been successful already with this chassis in 2014 by winning the GTD driver’s championship in IMSA for Dane Cameron, and looks to continue that success with their GTA entrants for Bret Curtis and Bill Ziegler. 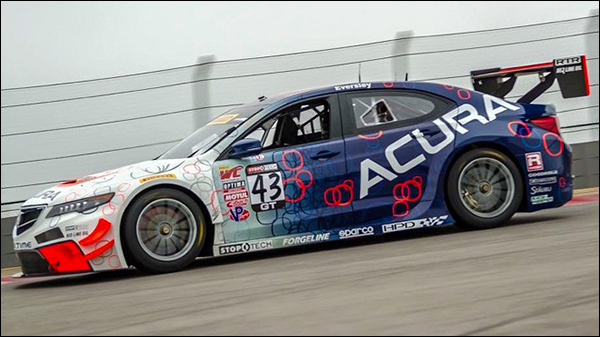 Chris Dyson and Butch Leitzinger team up in their Dyson Racing Bentley Continental GTs. They’ll be using the traditional Dyson Racing numbers of 16 and 20, and yes, that’s awesome because I grew up watching them race prototypes with those numbers, and what I say goes. Up and down the entry list, you’ll find amazing cars and a lot of driving talent to pedal those machines.

The schedule for this season looks absolutely fantastic and with grids of 40+ GT cars at all of the tracks, it’s going to be absolutely stunning to watch. First up is COTA where we will see over 100 cars racing in the various classes which will be live streamed on World-challengetv.com and shown tape-delayed on CBS Sports Network. Don’t hate yourself for missing any of it.

This year will be the biggest challenge of my career by helping develop our new Acura TLX-GT and competing against some of the best GT drivers in the world. Follow my column here on RACER.com to get the inside scoop after each weekend!
Sincerely,