The Blancpain Endurance Series test saw the MRS GT squad take their new 2015 Nissan GT-R Nismo GT3 to the track for its first public test. As well as a chance to test the car it also gave them a chance to utilise their new driver line-up and in particular, their latest signing 2013 LMP2 World Champion, Martin Plowman. 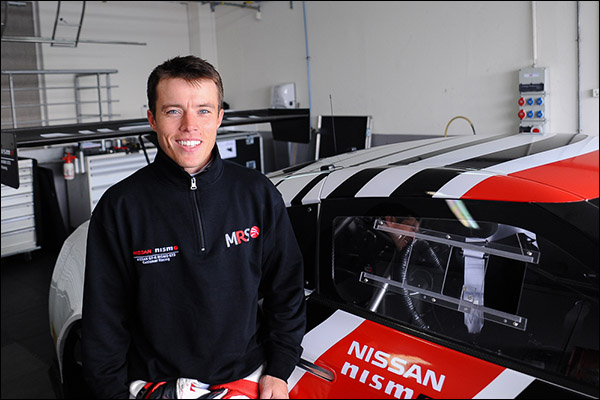 Plowman will be driving alongside MRS’ previously confirmed drivers, Craig Dolby and Sean Walkinshaw, for the full 2015 Blancpain Endurance season.

The 27-year-old Brit has plenty of racing experience prior to joining MRS, having driven in Indy Lights and driven in the IndyCar Series, ALMS and TUSCC. He also competed at the Daytona 24 Hours this year in the PC class with BAR 1.

“I already know what NISMO can do. It was their engine that powered me to World Championship success so I am expecting great things from the new Nissan GT-R NISMO GT3,” says Plowman. “The car looks great, feels great and I am super happy with the programme that MRS and JRM Group have put together. 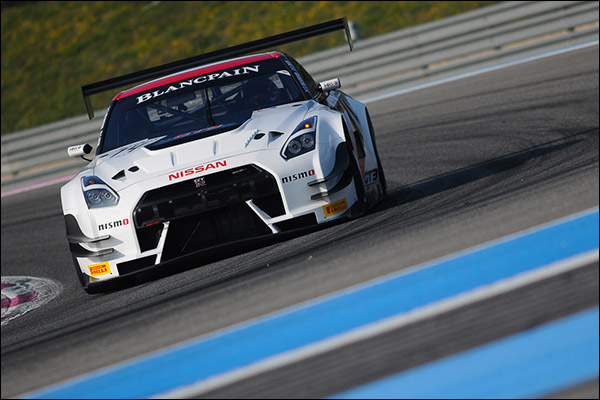 “Looking at the entry list it is going to be a tough year, but I’m sure the others are looking too and my guess is that we’re on their ‘hard-to-beat’ list.My time in the World Endurance Series showed me that the discipline of a multi driver squad and longer races suits me very well.

“The Blancpain Series takes us to some fantastic circuits, with big grids and 20+ cars in the Pro class alone. These are races that any team, and any driver would be proud to win, in particular the blue riband event, the Spa 24 Hours. A race I would love to add on my cv alongside the Le Mans win!”

Team owner Karsten Molitor said: “It is great to have a driver line-up, and a car, that we can be confident will be in contention this year. NISMO have made a great step forward with the 2015 GT-R and now it is up to us to make the most of its potential.”

JRM Group Partnership Manager James Walters also added: “Martin is the perfect final piece in the jigsaw. Everyone is now looking forward to the racing that lies ahead. To have Martin’s experience, alongside that of Craig Dolby, should be the perfect environment to develop our new young development driver Sean Walkinshaw.”