Cold, close to freezing temperatures greeted the 70 cars who were up for the Nürburgring-Nordschleifen test day, this past Friday and Saturday.

With the Nürburgring 24 Hours just little over two months away it was time for the teams to hit the Green Hell.

Actually proceeding’s kicked off on Thursday, with the new for 2015 Nordschleife licence course being held. Sitting in the classroom were, among others, some of the FIA WTCC racers and GT drivers including Mathias Lauda, Richie Stanaway, Jonny Adam and Marino Franchitti.

After the course Franchitti went back home, his Scuderia Glickenhaus SCG003C was not present at the test and is supposed to hit the track during the opening VLN round on March 28th.

Lauda, Stanaway, Adam plus Andrea Barlesi were all seen behind the wheel of the works entered, Bilstein coloured Aston Martin Vantage V12 GT3. Stefan Mücke was on hand as well, as Aston Martin is preparing for another assault on the Nürburgring 24 Hours, rumours at the circuit indicate this will be a multi-car effort this time around. 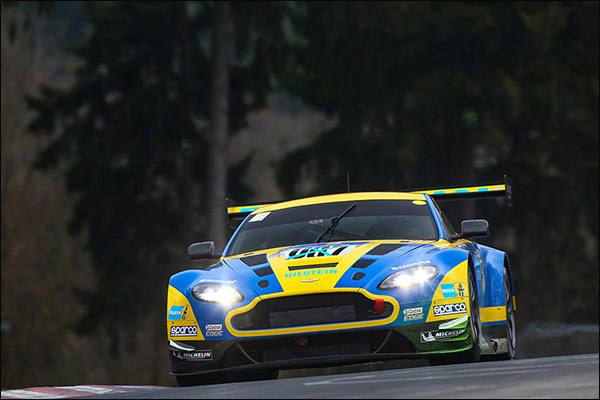 The big star of the test was the all new Audi R8 LMS, the second generation GT3 car coming out of Ingolstadt. Frank Stippler and Markus Winkelhock handled testing duties and managed to do 424 Kilometres of trouble free running. After already holding a test late in 2014 Audi Sport was able to gain valuable set up data for their assault on the Nürburgring 24 Hours. The race debut is set for the opening VLN round. 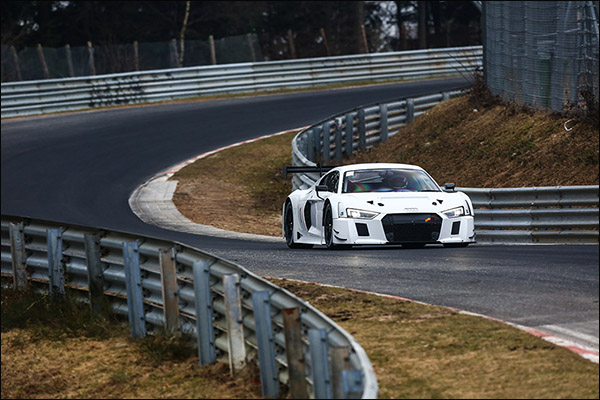 The most surprising appearance came by Vita4One and one of their legendary Maserati MC12s running in FIA GT1 World Championship spec and also putting on the old full width rear wing.

Michael Bartels handled driving duties. Don’t expect a VLN outing in the near future as the team sees a lot of work in getting the car to run in a race. Also the running cost would be very high, but if all of this can be worked out the car could even run in one of the four classes for historic race cars. 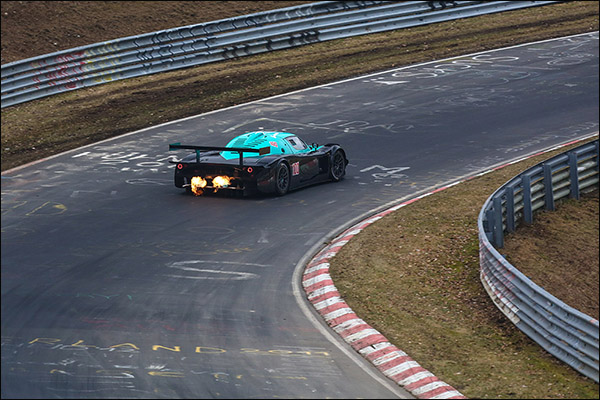 Manthey Racing rolled out their new Porsche 911 GT3 Cup MR, which is another special build 911 by Olaf Manthey and the Raeder Brothers, this time based on the 991 Cup car.

Expect up to three cars to be running in the VLN series, with mainly customer drivers although Porsche junior Sven Müller and International Scholar Winner Matteo Cairoli are slated to drive the car in some VLN rounds. Porsche works driver Richard Lietz will reinforce the Wochenspiegel squad in their Porsche 911 GT3 RSR, which sees Michael Jacobs step aside. Lietz will support Oliver Kainz, Georg Weiss and Jochen Krumbach at the second VLN round and the Nürburgring 24 Hours. 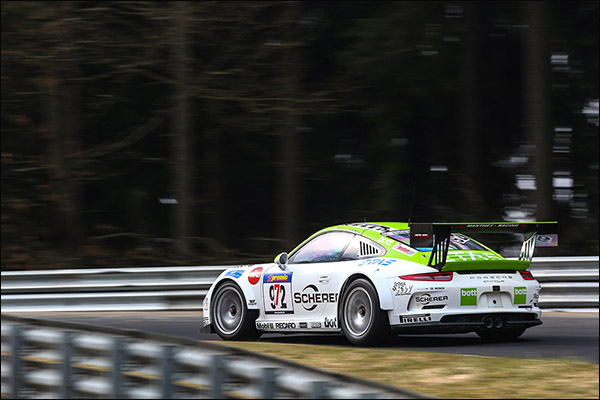 There were quite a lot of drivers spotted with new teams, but with nothing confirmed by most teams as far as their line ups we will just do a short run down. 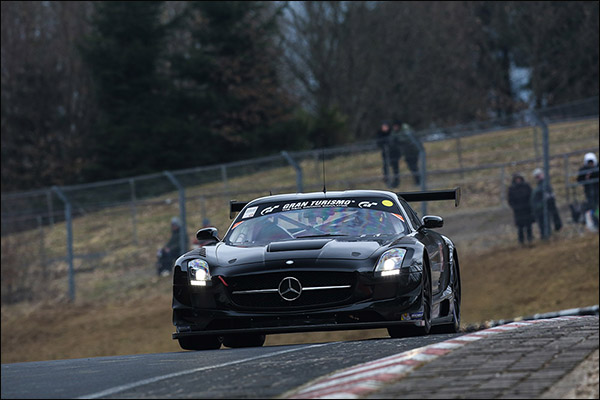 The first VLN round takes place in two weeks time, expect quite a lot of drivers and programs to be confirmed before then.