Krohn Racing found themselves at the top of the sheets once again for the night practice session at Sebring ahead of the 63rd running of the 12 Hours, after Olivier Pla set a 1:51.973, narrowly edging out the #5 Action Express Corvette DP by just under three tenths. 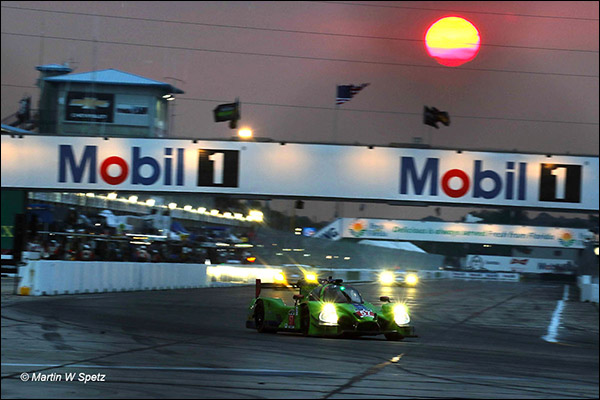 Sebastian Bourdais went fastest of the Action Express drivers, while Oswaldo Negri put the Michael Shank Racing Ligier third with a 1:52.536 in what continues to be a strong event for the teams running LMP2 spec prototypes. Quickest of the other runners in the class were the Wayne Taylor Racing and Spirit of Daytona Corvettes which ended up fourth and fifth in the timings respectivley. 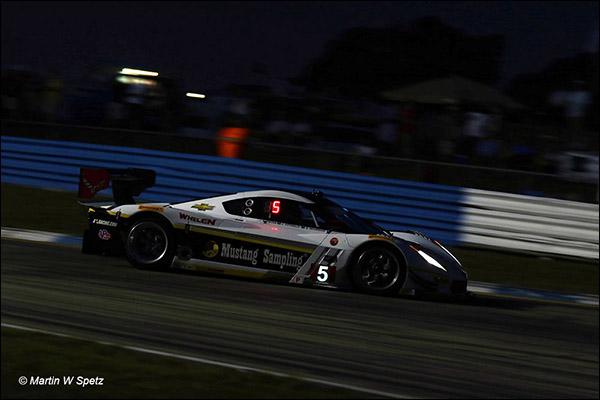 GTLM saw more of a shakeup, with Corvette Racing going 1-2 at the top of the class. The best lap came from Ryan Briscoe who managed a 1:59.313 in the #3 C7.R, under a tenth faster than the sister #4 car which saw Tommy Milner headline the machine’s trio of drivers with his quickest lap. 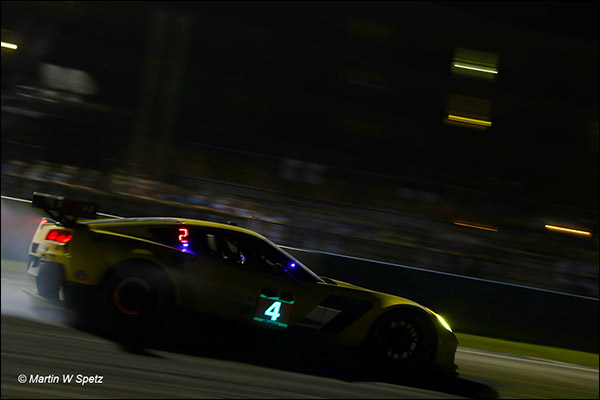 Dirk Werner kept the RLL BMW in the top three in-class, his best tour in the #25 Z4 just three tenths off Briscoe. Once again it was almost too close to call in the GTLM field, with the top eight finishing the 90 minute session within a second of each other. Fans of door-to-door GT racing should be in for a treat come race day!

The #52 PR1 Mathiasen Motorsports Oreca of Tom Kimber-Smith, Mike Gausch and Andy Palmer topped the PC runners once again at the hands of TKS, the Brit setting a 1:56.465. 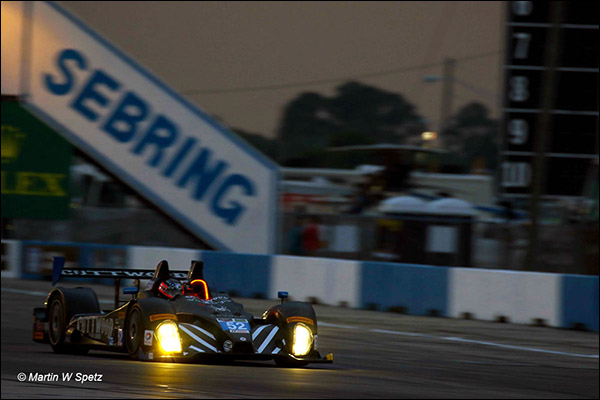 Mario Farnbacher put the Team Seattle Alex Job Racing Porsche at the head of the GTD field, a 2:03.159 was good enough to beat out the Park Place Porsche 911 by over a second. Notably, the #33 Riley Motorsports Viper of Jeroen Bleekemolen, Ben Keating and Sebastian Bleekemolen which suffered mechanical issues during Free Practice 1 managed to go third quickest in the class.

A few red flags occurred during the session. The main incident being a spin from Tomy Drissi, who sufferd damage to the left side of his #16 BAR1 Motorsports Oreca as a result. Other interruptions came after Negri’s Michael Shank Ligier and Jan Heylen’s #58 Wright Motorsports GTD Porsche stopped out on circuit. 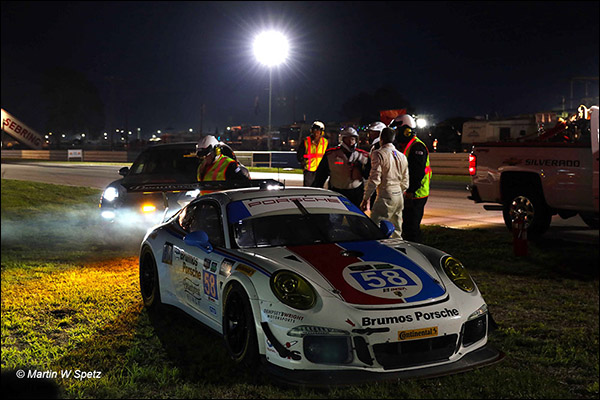 In the fourth and final practice session the usual suspects once again made up the top three, although rather than Krohn taking the top spot, Oswaldo Negri’s Michael Shank Racing JS P2 went fastest in the Prototype class to keep a Ligier chassis on top of the sheets.

Negri’s time wasn’t the fastest of the week by any means, but a 1:52.096 was good enough to keep the team over four tenths quicker than the rest of the field. Krohn Racing made it a Ligier 1-2 and with the #5 Action Express Corvette once again being the fastest Daytona Prototype sitting third overall.

Beyond the top three, and just over eight tenths back was the #1 ESM HPD of Scott Sharp, Ryan Dalziel and David Heinemeier-Hansson with the second Action Express Corvette rounding up the top five 1.1 seconds back after a time of 1:53.270.

BAR1 managed to outpace the PC field by almost half a second. The #16 Oreca, after a 1:54.857 from Martin Plowman, was just over two seconds back from the fastest time of the session. This came after Tomy Drisi’s shunt in the night practice last night forced the team to make some repairs to the car.

Park Place Motorsports kept their fine form going through the final session before qualifying too, going quickest in GTD with a time of 2:03.473 set by Spencer Pumpelly.

It was a clean final practice, with the red flag making no appearances this time.