Fifteen GT cars are confirmed for the two test days of ELMS testing at Paul Ricard this week. Nine LMGTE and six GTC cars will take to the track from 9am cet on Monday morning.

As of Sunday evening there are several interesting additions to the drivers on the entry list. More are expected to follow tomorrow morning and probably evolve throughout the two days. 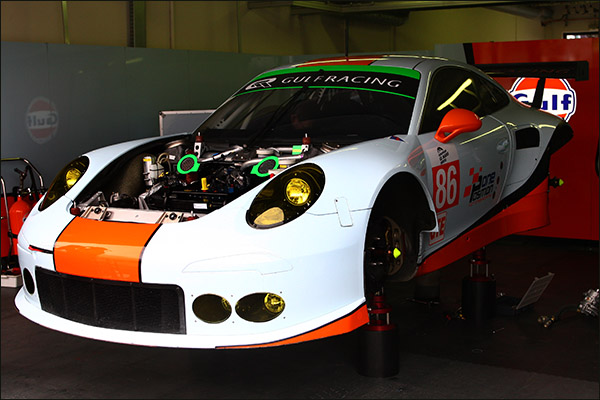 With regard to the last two drivers let us get this out of the way early doors shall we? A duo of Stig’s, une pair de Stig, a brace of Stig’s, buy one get one Stig free, Stig exchange, etc ,etc.

The cold meat platters were not yet in evidence down at the Gulf Racing UK truck but there was a great deal of positivity and anticipation after a fine end to the 2014 season with a competitive race at Estoril.

Collins is hoping to arrive at the track on Tuesday, while Cullen and Keen will get laps tomorrow.

“There have been some subtle technical changes to the car from last year,” said team manager Matt Beers. “The shift system and the fuel cell have had minor tweaks but nothing major. We did two days at Estoril last month and did over 1000kms, so we are feeling as though we are in great shape.”

Ryan Cullen is testing for Gulf Racing once again (he got laps in the old spec Porsche at last years’ test). The Irish/Cypriot racer is eyeing a move in to endurance racing after two years of GP3 action. Cullen is professionally instructed by Carroll and follows on from his Murphy Prototypes outing earlier this month with a switch to GT action this week.

The newly named BMW Team Marc VDS squad was unpacking its pristine BMW Z4 which shook down e at Imola last week after an initial shakedown at Miramas.

“I’m really interested to get to Paul Ricard and see where we stand in this ELMS field,” said Technical Director, Sebastien Metz. “If we are realistic, we can’t expect to win every race, because we are the first to run this car on European tracks, and we’re racing against hugely experienced teams. This is a fantastic car, but we’ve had very little running and that makes our task a little difficult. Saying that, I believe that if we focus we can have a great season. We made good progress with the recent Imola test – it was the first time we’d run the GTE car on the Dunlops. The tyre is quite consistent as a whole, and we can see the performance is there, so the first feedback is definitely positive. I just want to get the racing underway now!” 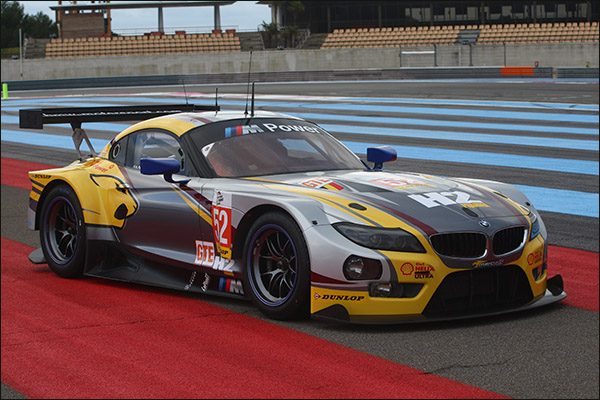 “It is very nice for me to be with this great team,” said Henry Hassid, who will share duties this week with Andy Priaulx and Jesse Krohn. “Andy has a year of experience with this car in America and Jesse is a very fast young driver who has big future in endurance. I am happy and ready for the season.”

Villorba Corse arrived at the circuit mid-afternoon and their new carbon black Ferrari 458 Italia was being taken carefully from the transporter. The team is not a season entry in ELMS. The Italian team also plan to join the LMP3 fray with a new Ginetta-Nissan in 2016.

JMW Motorsport will stay on at Paul Ricard and take in the FIA WEC Prologue test days as well as the ELMS running in their Ferrari 458 Italia this week. George Richardson, Sam Tordoff and Robert Smith will drive on Monday and Tuesday, with two as yet to be confirmed drivers taking over later in the week with an eye on a probable Le Mans deal.

“We are in good shape and looking forward to getting started with Sam (Tordoff) and Rob (Smith) coming in to join George,” said team boss, Jim McWhirter. 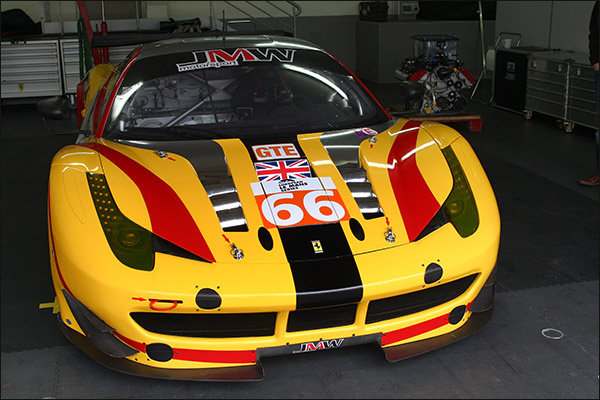 “We did a very cold test at Snetterton but we also did some useful (7-post) rig work for Michelotto and Dunlop as well. The tyres are completely new this year so it is going to be interesting for all the teams to see how we perform on them.”

The JMW car featured a tweak in its livery with chrome replacing white. The team was also installing their fresh race engine which had just been delivered by Michelotto. 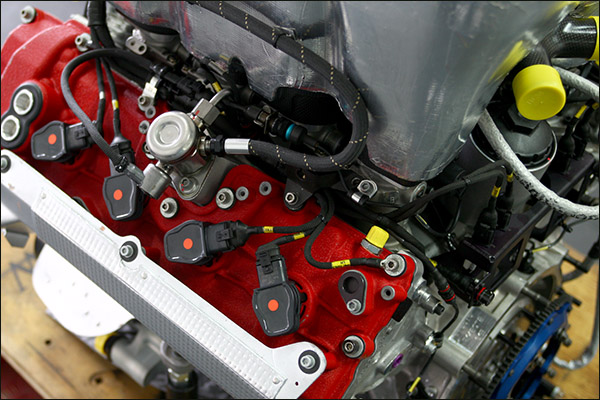 AF Corse is running eight cars for the test in another impressive display of 458 Italia’s. Three each are entered in LMGTE and GTC, the #51 car for Peter Mann/Raffaele Giammaria and Matteo Cressoni.

The regular pairing of Duncan Cameron and Matt Griffin will be out to banish the memory of their ill luck at the Estoril finale last autumn in the #55 car. The #81 AF Corse will see Cameron and Griffin’s 2014 team mate Michele Rugolo drive with Stephen Wyatt. Rugolo has been moved from a silver to a gold categorised driver this year.

A new name but with familiar faces in ELMS this season will be the Massive Motorsport team. The Casper Elgaard driven and managed will also have Kristian Poulsen and Simon Møller at the wheel. 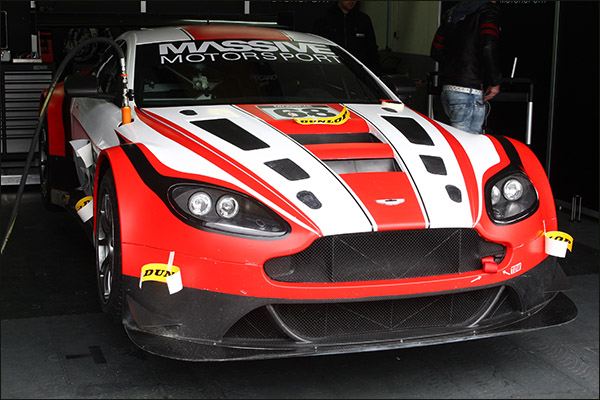 The team, based near Aarhus in Denmark, was prepping their Aston Martin V12 Vantage GT3 this afternoon. The team has had an extensive test period with the car racking up miles at Ricard earlier this month and at Imola last week.

There will be much more from the LMGTE and GTC runners as the track action gets underway tomorrow morning.