Alex Mortimer cut a very happy figure in the paddock as he confirmed to DSC that he will race at both the Le Mans and Spa 24 Hours alongside Duncan Cameron and Matt Griffin in an AF Corse Ferrari 458 Italia this year. 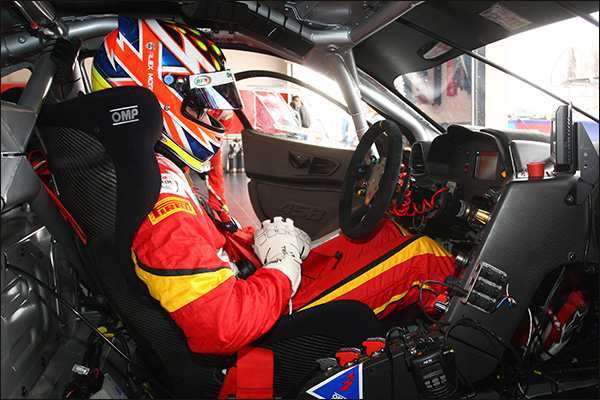 “It is great to have a continuation of the partnership I have had with Matt (Griffin) and Duncan (Cameron) since 2013 when we won our class (Pro-Am Cup, along with Toni Vilander) at the Spa 24 Hours,” said Mortimer. “To do Le Mans and Spa with this car, where you have no ABS and less aero compared what I predominently drove last year (Radical SR8), is just a huge pleasure. It is a refined and precisely engineered car that you can really attack. I love it.”

DSC believes that Mortimer could also be in line to join Griffin and Cameron at the Spa 6 Hours FIA WEC race in May, should some calendar challenges be overcome in what is a very busy 2015 campaign. The race would see some ‘live practice’ for the trio racing with the LMP1 cars in readiness for Le Mans the following month.

The 30-year old was intrigued by the tyre evaluation going on over the two days, saying: “We did a direct back-to-back run between new and old tyres this morning and the results were really interesting. We are learning a hell of a lot about the characteristics of them and how the Ferrari reacts. There are gradual steps in the degradation that we are getting to understand. The management of the tyres, more than ever, is going to be fundamental this season.” 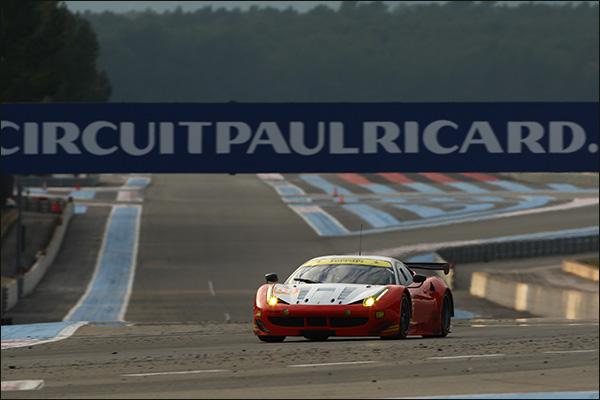 Racing a Ferrari 458 Italia at Le Mans also has some significant emotional attachment for Alex, as his late father Robin was a Ferrari dealer until 2001.

“Now that I am not a full time driver it is a perfect time in my life to go to Le Mans and also in a Ferrari. It was a big part of my childhood as it was Dad’s business so it will put a big smile on my face when I go out on to the circuit in one, this June.”