It’s been a while since I sat down to write my last post; apologies about that. I’ve moved house now and done Sebring for another year, so it’s time I brought you up to speed to fill in the gaps.

Sebring… What a race! I’m no stranger to Florida, racing for a team based near Daytona Beach means I’m well versed in the climate and I’ve done many miles on the circuits in the local area. But this years race was HOT!

In many senses it was a typical Sebring 12 Hour race; hard, bumpy, and hot. It was 92 degrees, which is incredibly hot; it made what is a particularly challenging race even tougher, and it was a real test for the team and I.

This year Sebring began slowly for us. We turned up with a car that was two seconds off the pace and by the race we were pleasantly surprised how much the track was coming to us. That’s typical of Sebring though; you can chase the track so much in practice and it doesn’t serve you well in the race. It’s constantly changing, evolving, and by that I mean, as it rubbers in, it changes like any track, but more than any track too. 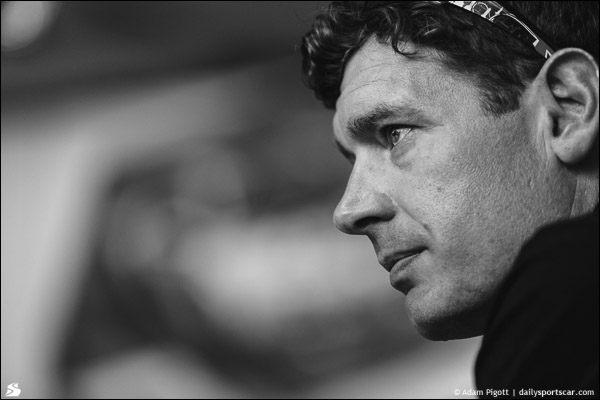 In the Tudor series you’ve also got so many tyre manufacturers putting down rubber, which can work for you or against you. If you’re on Michelins and you pick up Continental rubber it can really hamper you. Then you have to factor in that Sebring can have a swing of three seconds per lap by the end of the race, purely based on the atmospheric temperatures.

Getting to the race, we didn’t know how close it was going to be, and at times we were really on it; I overtook Joao (Barbosa) and pulled out a good gap, and at that point I thought we had a chance for the win. The track then became greasy and we lost time; eventually we went a lap down. In the night it came back to us when it was cooler, but then we had a problem with the air jacks and our mechanics had to literally lift the car in the air to change the tyres, which was frustrating for everyone because we looked certain for a second place finish.

I was delighted with the podium though. It’s really nice when you have a good time at Sebring; its very easy to come unstuck because the track isn’t that wide in places, but when you get it right and have an opportunity to overtake, its usually good and fair, but you know you’ve raced hard. I had a great battle with Scott Dixon at the end. It was a really enjoyable race, especially with more time green than last year; to finish on the podium was great for all the team.

After the race the team stayed together and celebrated, which is really important. Rocky (Mike Rockenfeller) and I got a chance to get some food, which was also a highlight. There’s a really good French chef from the Charlotte area, who comes to a lot of the big American races with his friends and they set up a little French camp trackside at Turn 4. He said to us before the race that he’d have some food waiting for us and Rocky and I had some great paella and a nice glass of wine sat by the campfire with some fans.

Sitting there makes you realise you’re not just racing for yourself, you’re racing for the fans, and it was great to hear their views on what they like about the series and what they don’t. I hope it becomes more of a regular thing. It’s also nice because other drivers go there too, and it’s good to catch up and talk to people after the race.

Generally everyone is on their own time schedule at a race weekend with engineering meetings and sponsor obligations, but it’s good fun when we do get a chance to talk. That said I do occasionally get a chance to play golf with Antonio (Garcia), which is always pleasant because we’re both crap at it!

Just before the weekend it came out that I will be competing in the 24 Hours of Nürburgring again, this time with a works-supported BMW Z4 prepared by the guys at Marc VDS. I’m acutely aware of how important the N24 race and the VLN are for manufacturers, and it’s a great opportunity for me to show what I can do in an all-Pro GT3. More on that soon…