TV coverage of the World Endurance Championship will increase significantly in 2015 as Fox TV will transmit all of this seasons races live, with the WEC receiving more live TV coverage than any other FIA sanctioned championship in the USA and Canada.

Fox TV will broadcast all rounds of the WEC live in 2015 on its satellite, cable and online platforms, with the US broadcaster also showing the 52 minute highlights show after each event. 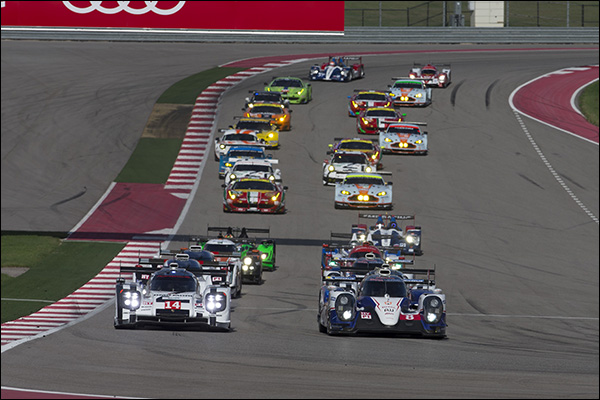 The 2015 Le Mans 24 Hours will be covered live in its entirety across a combination of Fox Sport 1, Fox Sports 2 and Fox Sport GO, the channel’s digital platform.

The result is over 70 hours of live WEC race coverage across Fox Sports 1 and Fox Sports 2, in addition to every single race being available live on Fox Sports GO.

“This is a significant agreement for the brand awareness of the World Endurance Championship in North America, which is very important market for our partners and manufacturers,” said the WEC’s CEO Gérard Neveu. “American and Canadian fans can now watch the entire 2015 season live on Fox Sports and this will bring Le Mans style endurance racing to a much wider audience. This will also help to increase the number of spectators at our US round, the Lone Star Le Mans weekend, in September, where the event will be one of the sporting highlights at the Circuit of the Americas in Texas.”