After the reception from George Richardson’s end of season review just a month ago, he’s decided to join DSC’s stable of writers for the year, and will be sharing his experiences competing in the European Le Mans Series, Le Mans and the VLN. Last season George and JMW narrowly missed out on the GTE title, so rightly, they remain confident they can find similar success this time round.

After completing a full season in 2014 with JMW in the ELMS, I can happily say I felt more confident turning up at Paul Ricard for the ELMS Pre-Season Test. I’m a Silver-rated driver now, and definitely feel like I’m more or less the team leader being the only guy in the car who raced for the team last season. It’s going to be a challenging and busy year, one which I hope to fill with as much racing as possible. 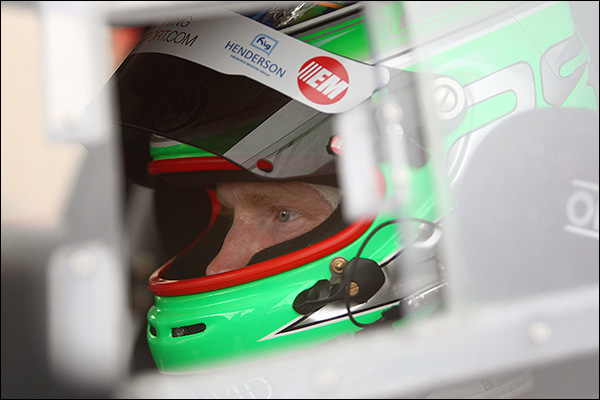 I signed a late deal to do the VLN championship with NGK Spark Plugs MPB racing team in addition to ELMS and some other commitments so hat off to Tim (Sugden,George’s manager) we are fully on track for a mega season. To get to where I want to be I’m hoping to confirm 20 weekends of motorsport this season. At the moment I have 16, this time for any driver is difficult but I remain hard at work with my manager to route out every opportunity possible as many team boss’s inbox will suggest!

I do love Ricard, it’s a pretty special place. It was a tough test for us , a real mixed bag of tyre learning, new bits and some new faces at JMW most notably Rob Boaks who was at PCCGB when I was 16!….Going in, I thought I would it would be plain sailing but the new tyre took some getting used to.

There’s talks of Dunlop revising the compounds soon so by FP1 in a few weeks I’m sure I’ll have a good grip on them.

Guys out there like Matt Griffin had used Dunlops like those in GT Open, so were immediately on the pace. You’ve got to treat drivers like Griffin with respect, he just got in the car and was there or there abouts very quickly, this comes from a wealth of experience that I aspire to. We focused and learnt throughout ending up happy but loosing a few winks on Monday night worrying! 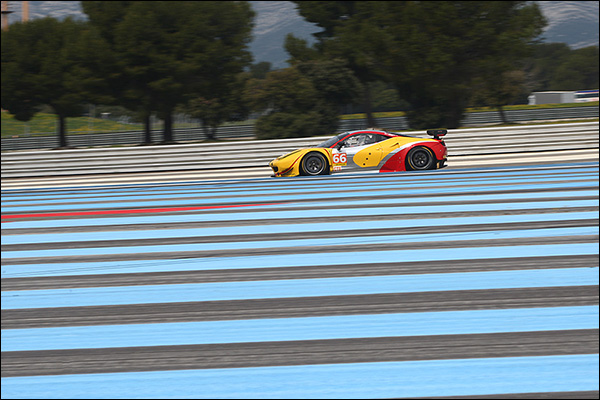 In the end we managed to get some solid running in though, and my new teammates Sam Tordoff and Robert Smith are now acclimatised to the Ferrari. It’s just a shame that the rain came, as it forced us to then turned out attention to the debriefing side of things, rather than risk running on new rubber in the wet at this stage of the season. If the weather had stayed nice, I’m confident I could have been able to put a complete lap in that would have put us higher up on the timing sheets.

The new guys are great, and already I feel that it’s going to be a really successful season for us at JMW. It’s really good for me to be with Sam this year, we’ve known each other for years after competing alongside each other in the Carrera Cup when we were younger. We have the same attitude to racing, so we will bounce ideas off each other all year I’m sure. 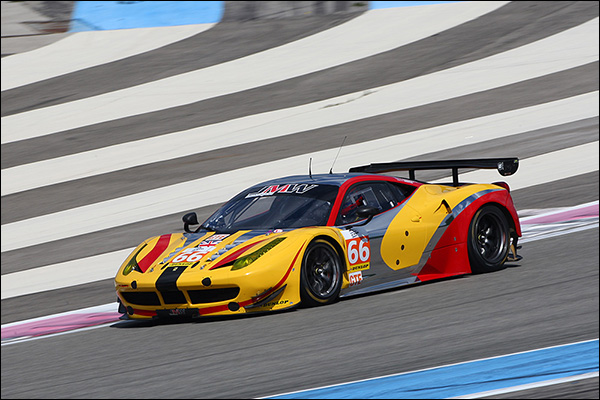 And Robert, well what can I say? He’s filling my shoes from last year as the Bronze driver, which brings pressure, but I have no doubt he can handle it! All in all I think we have a line-up which over the course of a four hour race will be very strong. Also people who know me well know I’m Uber Keen, all I can say is Rob tops that with super Uber keenness! It’s remarkable how far up the keen scale he is, I better up my game.

The first round for us is Silverstone, and we feel ready. The 458 seems to be the car to have still, it continues to be a front-runner in the WEC and that filters down, though I’m sure the Marc VDS team with their BMWs will give everyone a run for their money. They were so quick at Ricard, it just shows how much experience they have what they can do with machinery that’s new to them, and with guys like Andy Priaulx driving who knows what they can achieve? 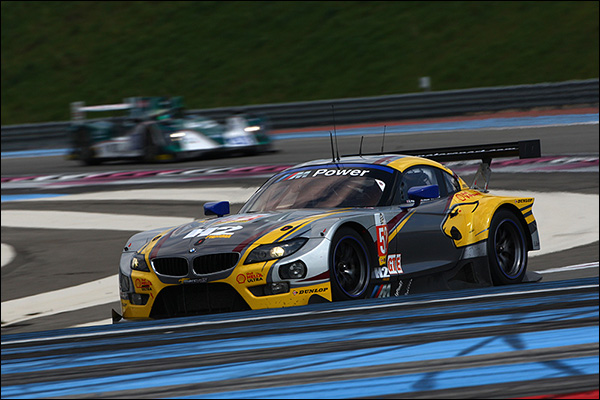 Ultimately though, there’s a lot of Ferraris in the class, the sheer number of them, plus the amount of data each team has for the car means it’s more likely to be the championship-winning chassis.

My love of driving the JMW GT2 Ferarri will always be there and I remain hugely confident in its ability, I’ve always been a very passionate driver and driving a Ferarri makes me very proud, I know Jim (Team Boss at JMW) feels the same and the relationship we have with the brand is stronger than ever at JMW!

Looking ahead to the first race, I know there’ll be a bit more pressure on myself and the JMW team. Starting the year at your only home race means we’ll have a lot of people there watching us, for all three of us, our sponsors, family, friends, and guests are UK based, so we feel we need to put on a show. I hope we can deliver the goods – a win there would be amazing. Last year we fell short due to getting caught out on the Saftey car so I hope a podium is in sight,

Alongside my ELMS programme, I’ll also be running in the VLN championship with team NGK Spark Plugs (RacNGKTeam) in a Ferrari for eight of the ten rounds. Not only will it give me more experience at the notoriously tough circuit, but I’ll be with Rob in the car too, Rob has done 3 seasons of VLN so I’m looking forward to driving with him and going for the championship in SP8.

We plan to step up to SP9 next year with that programme, so hopefully I’ll be back at the ‘Ring 24 next season. Last year was spectacular with ProSport and their Porsche, and if it wasn’t for a clash with the ELMS, I’d be doing the race in the Ferarri. 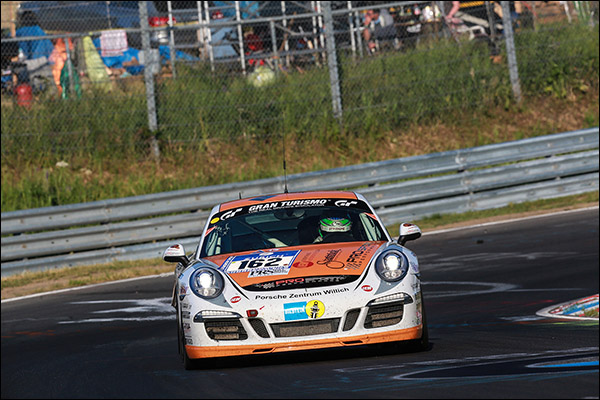 The VLN is so appealing yet hugely challenging at the same time, of course it goes without saying the recent incident at the Track was a a very sad time for every interested party from Driver to spectator, I feel very sorry for Jan and the family of the spectators injured.

Motorsport is dangerous for everyone, it’s remarkable how involved spectators support our addictive and fantastic sport at times like this I would urge everyone that loves our sport to stick together to find a solution rather than point the finger, we are all in it as one and this should not be forgotten. On that sad note I hope you have enjoyed reading my column and as long as it gets more Facebook likes that Westbrook’s I’m game to keep going! It’s on……