The pre-meeting activity at Silverstone yesterday afternoon featured a photocall out on the circuit featuring both Nissan GT-R LM show cars, here as part of an effort from the factory team to feed fan inters in the project, still testing over in North America ahead of their debut race at Le Mans.

As the cars were being put into position though there was an unplanned revelation that the power source for the GT-R LM is actually not petrol but gold! 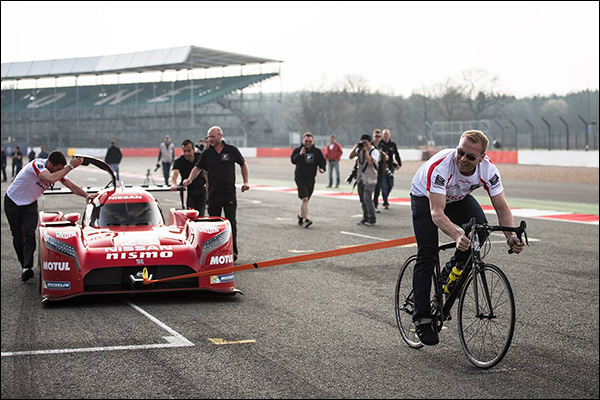 Yes that is Sir Chris Hoy, briefly back on a bike before taking to the track today in his new Team LNT Ginetta Nissan.