Another season and another fantastic grid for Super GT.

Lexus will be looking to turn the obvious potential of their car into a more consistent race length performer and certainly give themselves a good chance of the title with 6 cars this season. They will be hoping that some fantastic homegrown talent coupled with international stars such as James Rossiter, Andrea Caldarelli and former F1 driver Heikki Kovalainen will be a recipe for success.

Finally Honda will be looking to keep up the progress they showed towards the end of last season. They had a troubling start to the season last year and will want to get off to a better start this time around.

GT300 continues to flourish and sees a 28 car entry for the opening round. Even more impressively of those 28 there are no fewer than 13 different marques represented. Okayama will also see the competition debut of the new Lexus RC F GT3 and no doubt there will be a few teams keeping a close eye on it’s development throughout the year.

The first competitive session of the year and things were already looking good for Lexus. 5 of the top 7 positions on the grid would be filled by the RC F including the top 3 slots on the grid. In the battle of the Lexus teams though it was the # 37 car of Hirakawa and Caldarelli that took pole.

The race got underway in difficult greasy conditions. From the start Caldarelli held the lead and began to build a gap. An early spin from Rossiter in his RC F dropped him to the back of the GT500 field and further highlighted the struggle for grip. 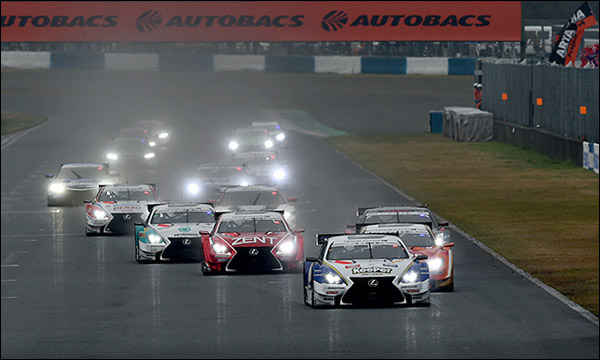 The first few laps saw sustained attacks from two of the Nissans. The first saw # 46 in the hands of Satoshi Motoyama challenge and eventually pass the #38 RC F that had started 3rd. The big mover though was Quintarelli. Having started 4th he eventually got himself up to 2nd and set about chasing the RC F of Caldarelli. The Nissan appeared to have the pace on a slowly drying track and before long Quintarelli had caught and passed the leader and set about building a lead of his own. It was a lead that would only last three laps as smoke began to pour off out of the left rear corner. An apparent brake problem meant an unscheduled pit stop and a long delay.

With the track drying further the Hondas were really coming in to their own. First the #15 caught and passed Caldarelli for the lead. A few laps later the #100 Honda also passed Caldarelli’s Lexus to make it a Honda 1-2 heading into the stops. 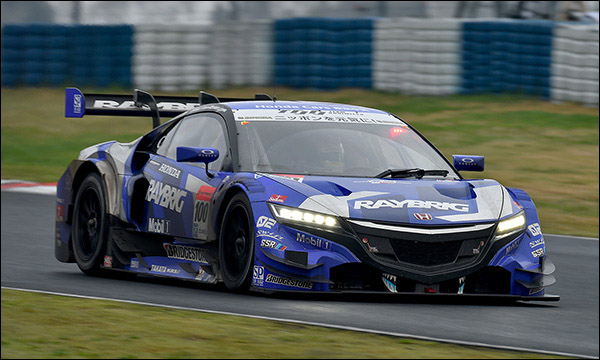 With the rain getting heavier as the stops began some teams tried to stay out longer to delay making the choice on tyres. As the field levelled out after the pit stops there emerged a two way battle for the lead. The #100 Honda of Takuya Izawa had a healthy lead but was being reeled in quickly by the pole sitting Lexus. Another man on the move was Oliver Turvey who had caught and passed Oliveira’s Nissan popping up into 3rd spot.

With the laps ticking by the Honda couldn’t hang on and with a handful of laps to go the Lexus driven by Hirasawa retook the lead. It was to be a lead he wouldn’t give up despite worsening conditions over the last few laps. 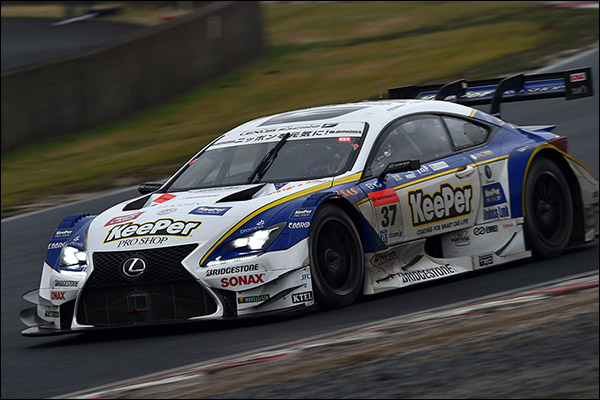 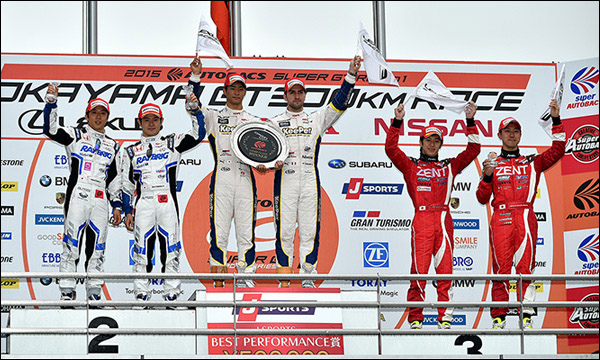 The early stages of the race saw the pole sitting Nissan GT R of Couto hold on to the lead with the Honda CR-Z of Shinichi Takagi and the Toyota Prius of Koki Saga pushing hard behind. 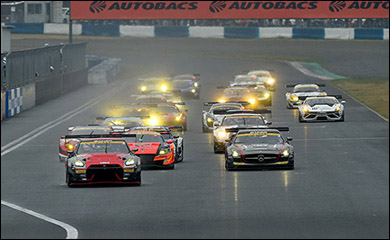 Before long it became apparent that the conditions suited the Japanese Hybrids and the Prius made it’s way into the lead followed by the CR-Z in 2nd. The pair kept each other honest for a while before the Prius began to pull away. 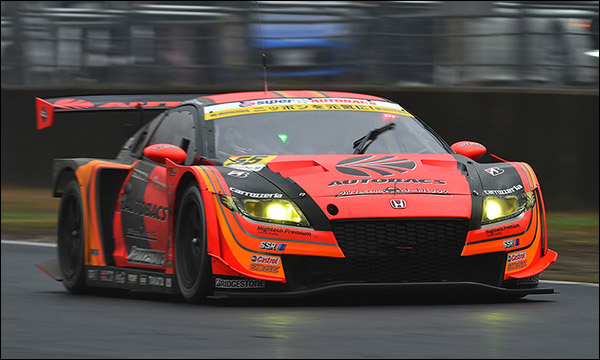 For a short period before the stops the Audi of Richard Lyons popped up into 2nd but the position was relinquished back to the Honda after the stops. 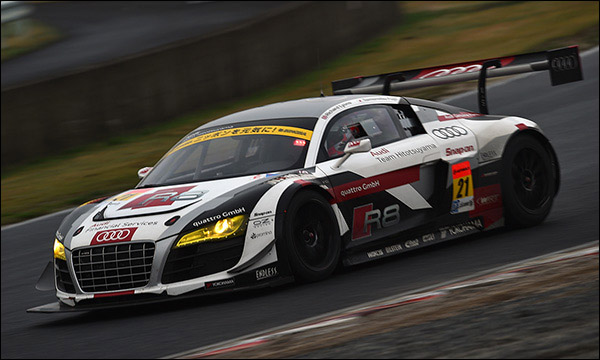 The Prius though never looked like being challenged and crossed the line with a commanding lead over the CR-Z. 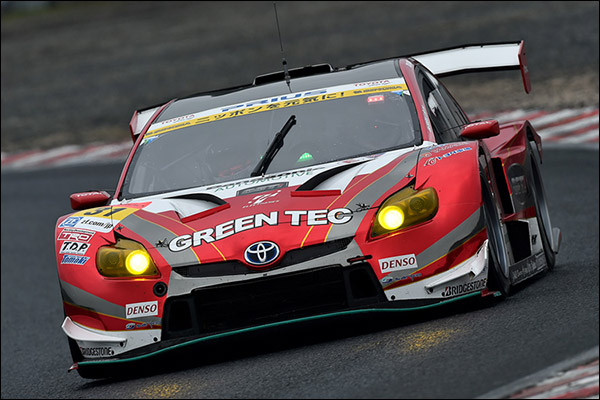 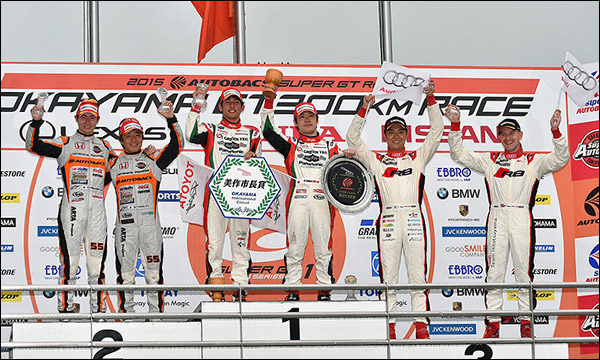 Another finisher of note was the Lexus RC F GT3 which made it’s way into 10th at the flag in it’s first race.

Next time out is a month away at Fuji and Nissan will be looking to reverse their fortunes from the first round. The pace was certainly there but the luck wasn’t. One thing’s for sure with all three marques in GT500 pushing for wins now and a large and diverse grid in GT300 this is shaping up to be a great season.