Klaus Bachler’s #88 Proton Competition Porsche had set the early marker in LM GTE; a 2:00.151, which was not bettered until the final minutes of the qualifying session by the eventual pole sitter, the #81 AF Corse Ferrari of Michele Rugolo. Alessandro Pier Guidi in the #56 AT Racing Ferrari was next up initially, a second back, with the JMW Ferrari of Sam Tordoff third. 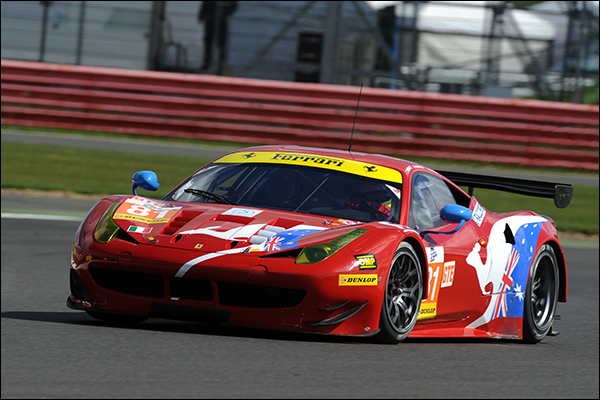 Michele Rugolo broke through with 2:01.144 to take third for AF Corse, the Ferrari cluster slowly getting into the groove in improving track temperature but not able to get in touch with the Porsche until later in the session when a clear lap helped the #81 car to take pole with the best time a 2:00.151. Andy Priaulx aboard the MarcVDS BMW Z4 got a clear lap but could not make any impression on the top three.

In GTC it was an AF Corse 1-2-3 early on, Marco Cioci in the #63 ‘458 Italia held the best time on 2:03.807, Castellaci’s #62 sister car following some way off Cioci’s pace, with Guedes in the #64 car third. Raffaele Giammaria meanwhile spun the #51 AF Corse into Stowe to lose valuable time.
Daniel Brown managed a short lived moment as third quickest in the Lamborghini Gallardo LP560 before the overall pace of the field improved.

TDS Racing came out on top with Frank Perera behind the wheel though, the Frenchman’s best time in the Z4 over a second quicker than the rest of the class, a 2:01.939. AF Corse were forced to settle for second third and fourth. 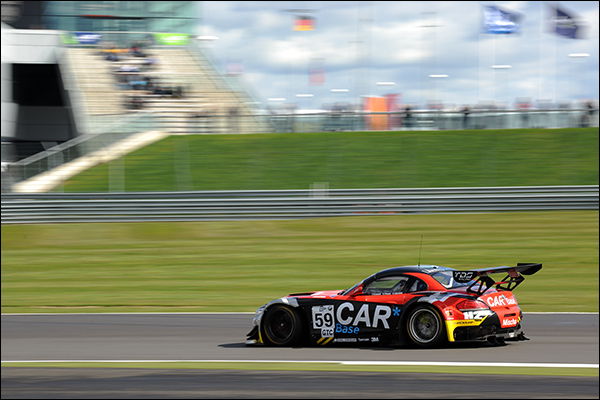 Massive Motorsport’s #68 Aston Martin had an eventful session, a big off at Luffield 2 the prequel to its fire in the pitlane, its session done.

Into the last five minutes it was Bachler still top in LM GTE as Priaulx went 2nd with 2:00.269 for the MarcVDS Z4, but improvements from Rugolo, Guidi and Bachler demoted the BMW to 4th. Guidi spun the #56 AT Racing Ferrari trying to improve, settling for third in the end.