At the start it was immediate drama into turn one as the #34 AF Corse Oreca of Kirin Ladygin span through 360 degrees, in the process sending the Pegasus Racing Morgan onto the run-off. As the Oreca regained its forward direction, splitting a cluster of GTE Ferraris that did well to avoid it, the Pegasus car suddenly dug in and speared back across the track straight into Ladygin, who was just breathing a sigh of relief having escaped the melee of his own doing. Both cars sustained terminal damage. 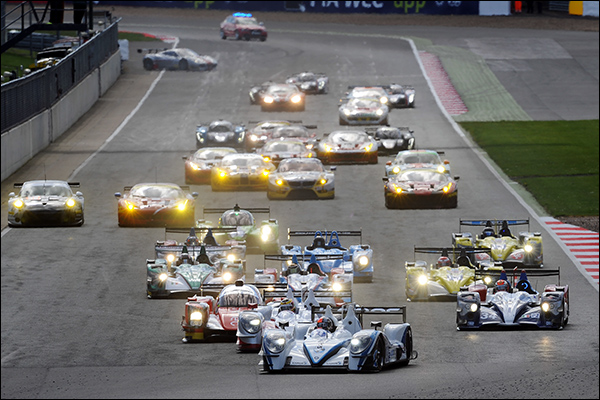 Further back however, the #62 AF Corse GTE Ferrari crawled to a halt and didn’t even make the start line. At the restart Hirsch got the advantage and started to build a couple of seconds gap back to the chasing TDS Oreca , with the #38 Jota Gibson of Filipe Albuquerque charging in third and reeling in the TDS car, taking the position onto the Hangar Straight.

Having started last on the grid Charlie Robertson took the lead in LMP3 from Hollings after a fabulous charge up through the field, several feisty moves showing the dynamic of the all-new category despite its limited track time. The pace of the #3 car was sufficient to trouble the GT field, the #56 AT Racing Ferrari being wrong-footed by the LMP3 leader into Becketts, the contact seeming to upset the 458’s balance under braking into Brooklands, spinning off all on its own. Robertson built a lead of over 20 seconds as he pushed up through the GT runners and into the overall top 10.

In GTE the MarcVDS BMW Z4 span off with steam coming from under the bonnet at the loop but managed to rejoin, dropping to the back of the GTE field.

Oz Negri Jnr’s Krohn Racing Ligier was really hassling the Eurasia Motorsport Oreca in the hands of De Bruijn for fourth, several incidents of minor contact in the process, but the #33 car kept the green machine behind and regained a gap. The Ligier’s charge spoiled the leading GTE Ferrari’s race as it was punted into the gravel in Turn 1 handing the class lead to Phil Keen’s Gulf Racing Porsche, Aaron Scott’s Ferrari now taking up the challenge for AF Corse in second having taken the place from the JMW 458 Italia. The JMW then lost a further place to Cressoni in the #51 car.

The Murphy Prototypes Oreca 03R Nissan is the first car to the pits 48 minutes in.
In GTC it was the #69 Aston from the #63 Ferrari, then the steadily improving #85 Lamborghini in the hands of Roald Goethe; Casper Elgaard in the Massive Motorsport Vantage having gained the lead shortly before its first stop.

As Ludovic Badey’s Thiriet TDS car wrestled third from Minassian’s Oreca at the end of the first hour the overall positions post pit stops were: 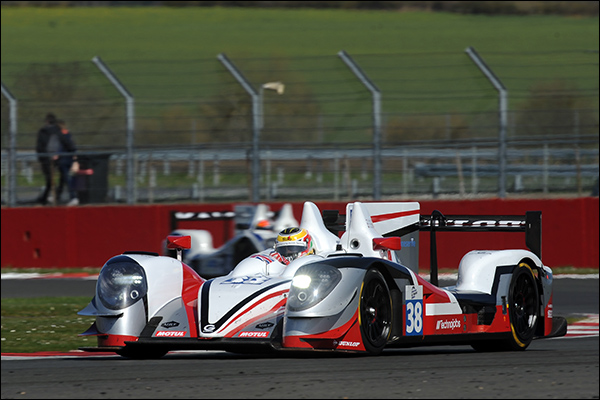