The #81 Ferrari was in the wars again, being punted into retirement by its team mate, the #51 car of Peter Mann. This was not entirely Mann’s fault however, which had run out of road trying to avoid the overall leading #41 Greaves Motorsport Gibson 015S which had passed on the inside at Woodcote. The cars were three wide, contact happening between the two Ferraris, both in the gravel and out of play.

The LMP3 category was doing well, the first real difficulty befalling the #11 car, the Lanan Racing entry sat in the pits at half distance, all other runners still on track, albeit now well spread out. Chris Hoy was now aboard a leading car for the first time in his international racing career, the #3 LNT Ginetta a lap up on the second place #2 car in the hands of Michael Simpson. 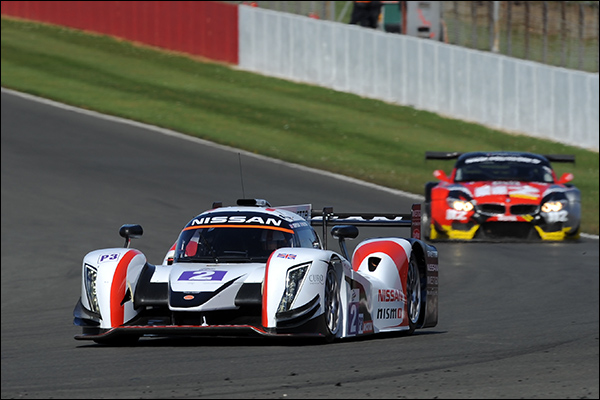 In LMP2 the order had stabilised, Bjorn Wirdheim now at the helm of the lead #41 Greaves Gibson and pulling a 17 second lead over Simon Dolan’s Jota car. Having led the class, the #38 car had taken a longer stop than could contain the pace of the #41, which had overhauled it on a charge. Badey’s third place for Thiriet by TDS seemed fairly settled, being a lap ahead of the #32 AF Corse Oreca and indeed was on a push forward, just a couple of seconds away from Simon Dolan. While chasing down the second place car, however, Ludovic Badey was chopped by the #7 University of Bolton LMP3 Ginetta – which had been finding its feet in traffic all race – and span the TDS car off at Woodcote. Though it managed to collect itself the #46 car lost ten seconds in doing so.

The incident that caused the spin for the GTE MarcVDS BMW earlier in the race was with the Jota Sport Gibson in hour 1, this now under investigation by the stewards. The class was still led by the #86 Gulf Racing UK Porsche of Michael Wainwright with a lead of over 40 seconds to George Richardson’s JMW Ferrari, though Richardson’s pace was eroding Wainwright’s advantage at a fair rate before the safety car was thrown. 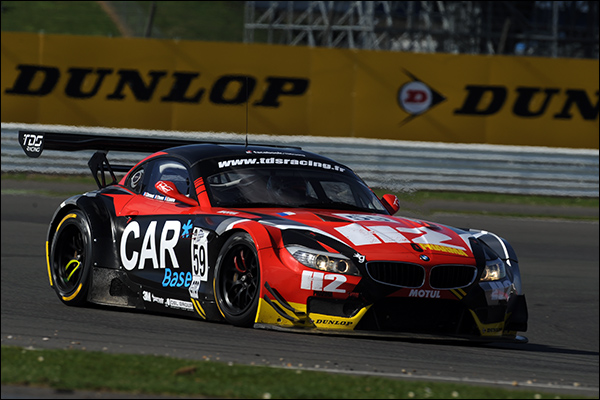 GTC meanwhile had settled, the #59 TDS BMW of Dino Lunardi now leading by 9 seconds over the #63 Ferrari of Gianluca Roda, the Lamborghini of Archie Hamilton back into third place.

The first Safety Car of the weekend was scrambled with an hour and a half to go after an incident between the #63 AF Corse Ferrari and the #68 Massive Motorsport car that was now sat backwards into the wall on the inside at Woodcote. Avoiding a faster prototype, the Massive Motorsport Aston Martin had slowed and got on the marbles. Gianluca Roda was accelerating through the corner and had no way to avoid the much slower Aston, hitting the back of the Aston and spinning it into the wall. Roda got back to the pits with heavy front left corner damage while the Aston Martin was being rescued. 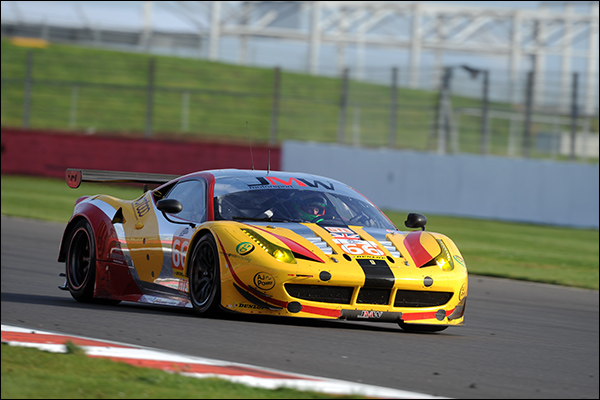 George Richardson was now right up with Michael Wainwright in LM GTE under the safety car train, but the Gulf Porsche was allowed to go by the safety car to ensure the overall leader led the train, and therefore gained almost an entire lap on the JMW Ferrari.

In LMP3, second place fell to Rob Garofall’s #7 car as Gaetan Paletou took over the #2 LNT Ginetta.
At the restart Wirdheim set about pulling a gap on Dolan for the lead in LMP2, this up to four seconds within as many laps. The TDS Oreca was now closing in behind, making the better job of traffic as the third hour closed. At this point the Murphy Prototypes Oreca had a mechanical failure on the Hangar straight, slowing and pulling up on the grass at the inside of Stowe.