Jon Lancaster drove the race of his life to take the win for Greaves Motorsport, battling hard with Jota Sport’s Harry Tincknell and Thiriet by TDS Racing’s Tristan Gommendy right up until the chequered flag. There will be a lot of discussion to come about Lancaster’s driving towards the end of the race as he capped off the performances of his teammates Björn Wirdhiem and Gary Hirsch; needless to say though, start to finish, it was undoubtedly a classic and sportscar racing at its finest. 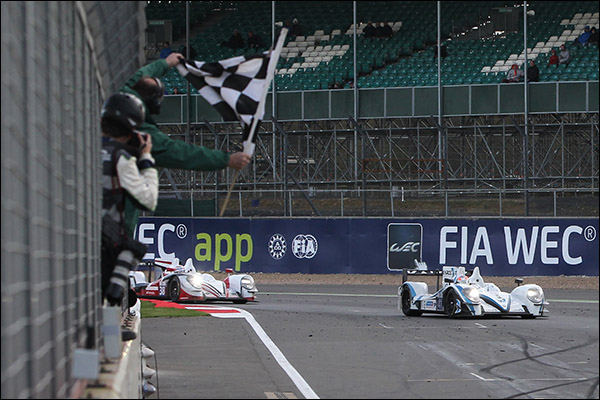 The key moment of the race was a Safety Car period that was called after an incident on the pit straight between the Massive Motorsport Aston Martin and #63 AF Corse GTC Ferrari, which left the Vantage stranded and damaged against the pit wall with an hour and a half to go. It bunched up the top three LMP2 runners and provided those of us watching with a monumental three-way scrap right up until the end.

Greaves with Björn Wirdheim driving had the lead at that point with Simon Dolan’s Jota Gibson right behind, but Tristan Gommendy, who was on a mission, drove from third place to take second off Dolan and continued to reel in the leader as the race started to wind down. Wirdhiem let Gommendy through just before he came in for his final stop, giving the TDS Oreca over a minute’s lead on the two Gibsons who once in-sync began squabbling for second place.

The pair of Gibson’s battled fiercely, with Lancaster and Tincknell having a couple of tangles. One occurred at Turn 1 when the Jota car was forced wide off the track, and a second happened through traffic at Becketts with Lancaster trying to regain the lead after Tincknell’s stunning move for second round the outside while lapping GTs. Tincknell was sent into a spin in what was a scary three-wide moment, losing him precious time and effectively costing Jota the race. At the time though, they were still catching Gommendy for the race lead.

Gommendy pitted the Oreca for a final time, and came out of the pits with a 14 second advantage with under 20 minutes to run and crucially only fresh rubber on one side of the car. Lancaster and Tincknell continued their charge with the Frenchman ahead unable to match their pace, and Lancaster took the lead back for Greaves diving up the inside at the Turn 4 hairpin, sending the Thiriet Oreca into a spin after contact.

The two garages erupted with emotion, one with disarray and one with jubilation – the Oreca 05 could have won its debut race, but it wasn’t to be. Tincknell by that point was back in play, taking second as a result of the Oreca’s misfortune and right behind the fellow Gibson.

It was a grandstand finish, with Lancaster able to hold off the charging Nissan-factory star in the dying minutes. It was too close to call between the top three, who from the start drove off into the distance, leaving the rest of the class for dead, over a lap behind – unforgettable stuff. 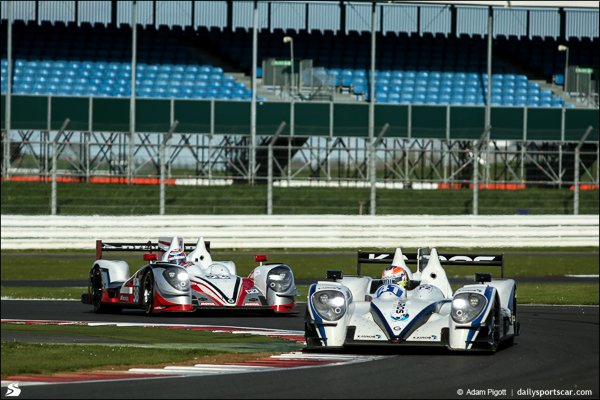 The other LMP class, LMP3, which after its debut race can only be described as a mighty success. The five cars entered had very little running prior to the race, but four managed to finish and throughout provided great racing.

Taking the win, and second, were Team LNT, who had been strong throughout the weekend to that point. Chris Hoy and Charles Robertson were victorious, after a stellar performance by both drivers. Chris Hoy, on his first ever international motor race, stepped in the car for his stint in the middle portion with a lead of over a lap built up by his teammate, and didn’t show any signs of weakness. When the olympian handed the car back to Robertson, he had an 80 second advantage over the sister LNT car. 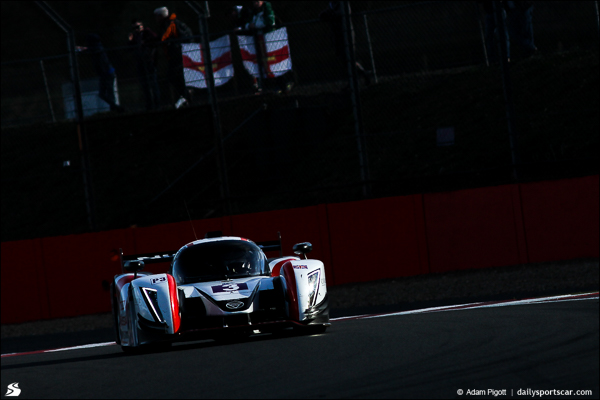 Both LNT Ginettas had to start at the back after the pit-lane speed limiters had been wrongly adjusted, causing both cars to be penalised after Qualifying. It didn’t make much difference to the end result though, as Robertson managed to take the lead of the class after just 18 minutes of running, as four of the five runners battled through the GT field in Hour 1. LMP3 definitely has a future in the ELMS.

GTE was won by Gulf Racing, who benefitted massively from the final Safety Car period. It was a close fought battle throughout between the Gulf Porsche, Proton Porsche and JMW Ferrari. But the order was sadly decided when the lead Porsche of Michael Wainwright, Adam Carrol and Phil Keen was allowed to overtake the Safety Car and rejoin the back of the pack, allowing the overall leader to lead the train of runners. 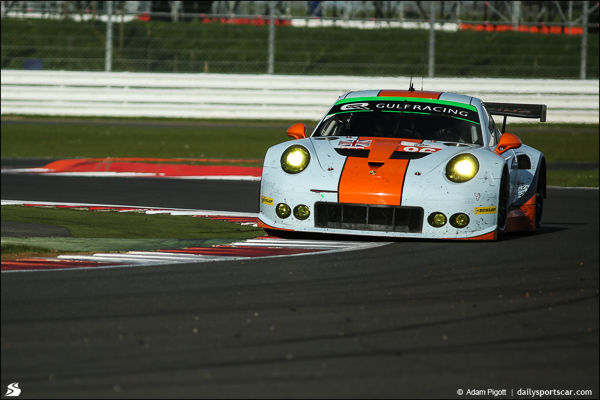 This decision from race control effectively gave the Porsche a lap advantage with just over an hour left, and ended the hot pursuit from JMW, who under the controls of George Richardson and Sam Tordoff in the second half of the race looked as if they would be able to challenge for the class win. The team climbed the order gradually after starting sixth in class, eventually finishing second, AF Corse came home third with their #55 Ferrari.

BMW Team MarcVDS had a mixed outing, finishing fourth in the European debut of the BMW Z4GTE. They had the pace, but suffered an early set back, being hit into a spin by the Jota Gibson which cost them precious time, and then were forced to serve a penalty, which after a recovery drive, cost them a podium finish. Overtaking under the Safety Car was the crime, a stop go penalty was the punishment; Andy Priaulx, Henry Hassid and Jesse Krohn will be disappointed to walk away with no silverware after this one.

The #81 AF Corse Ferrari of Rui Aguas, Stephen Wyatt and Michele Rugolo led early from pole, but was extremely unlucky, being punted into the barriers at Turn 1 by the sister #51 AF 458 of Peter Man from the lead of the class.

TDS Racing’s BMW Z4 of Franck Perera, Eric Dermont and Dino Lunardi won GTC in dominant fashion, finishing over two laps ahead of their nearest challenger which was the #64 AF Corse Ferrari. The Gulf Racing Lamborghini ended up taking the remaining spot on the podium in what turned into a race of attrition with three of the six runners retiring following accidents.

This race had it all, and much much more. Even the press conference after the race was memorable. If this is the sort of racing we’re going to see from the ELMS in 2015, bring on Imola!