With the format for this season being the average of two drivers’ best single lap times, Mark Webber’s benchmark for his team mate Brendan Hartley would be tough to beat, but a target the young New Zealander was able to improve on and secure pole position by a comfortable margin for the #17 Porsche 919 Hybrid. Both Porsche’s bettering 1:40, the only cars to do so. 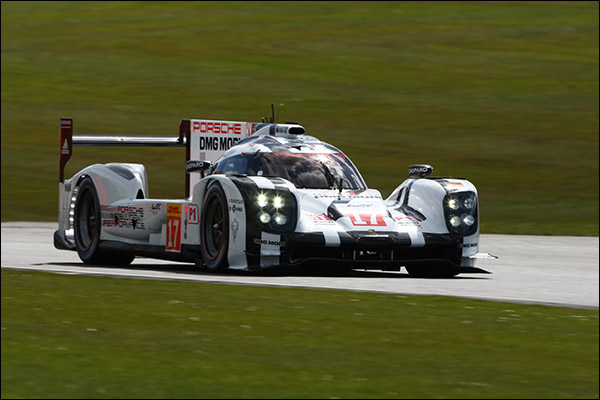 Webber’s was the fastest opener in LMP1, a 1:39.908 that stayed at the top of the timing screens for the remainder of the session, Neel Jani riding shotgun for the Stuttgart marquee three quarters of a second behind, closing this to a tenth by the handover.

The two Audis sat in behind, Lotterer 1.269s off Webber, Lucas Di Grassi a further tenth.

Toyota’s efforts were headed by Anthony Davidson, who placed the #1 third fastest before being displaced by Di Grassi’s #8 Audi before the driver changes.

Nakajima’s charge in the #1 Toyota did improve its overall position to third before Oliver Jarvis got into his stride with the #8 Audi to re-take the position. The first four average times were separated by just 0.66 of a second, the slower #7 Audi of Fassler / Lotterer / Treluyer 1.4 s off pole, sharing the third row with the #2 Toyota of Sarrazin / Wurz and Conway, three tenths further back.

The first outing for the CLM was harder going, the car posting times ten seconds off the factory LMP1 pace. G-Drive Racing took a firm grip of the session in LMP2. The #28 Ligier JSP2 Nissan coming out on top for Yacaman / Derani and Gonzales, a 1:48.021 average closely matched by its stablemate, the #26 car just six hundredths off. Third on the grid went to KCMG with their brand new silver blue #47 Oreca O5 Nissan. Matt Howson and Nick Tandy doing the honours. 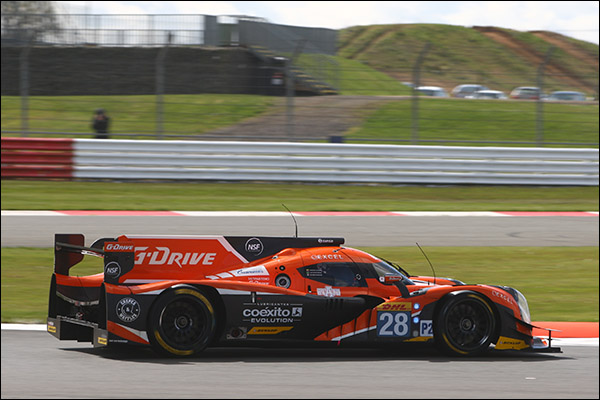 Aston Martin Racing took a clean sweep of the first three positions in the LMGTE Pro qualifying stakes, Nicki Thiim anchoring a polesetting effort from the all-Danish crewed , Gulf Oils liveried #95 Vantage GTE that was bolstered by the later efforts of new team-mate Marco Sorensen, their efforts averaging out at 1:59.970.

Richie Stanaway and Fernando Rees took the Valero Petroleum liveried #99 Aston Martin to second on the grid with Stefan Mucke and Darren Turned finishing ahead of the Ferrari and Porsche opposition for third. 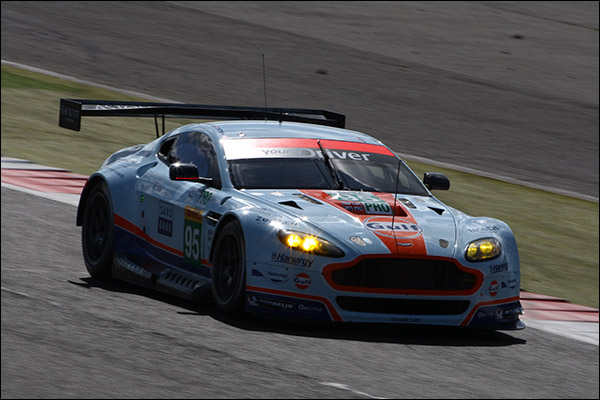 Aston Martin Racing took pole in LMGTE Am too, Paul Dalla Lana and Pedro Lamy finishing ahead of the #71 Pro class Ferrari with an average time of 2:01.998 in their #98 Aston Martin. 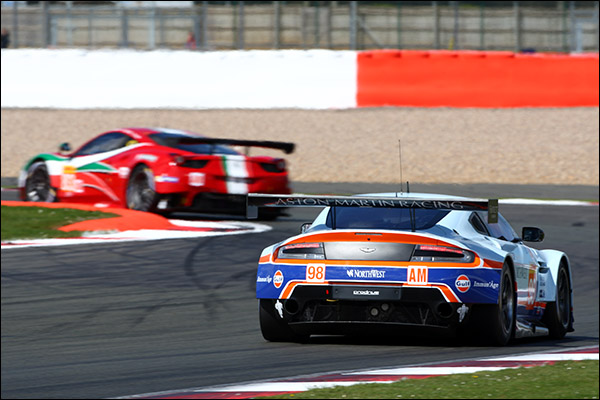 Gianluca Roda and Paulo Ruberti posted the second fastest average time in the new to the WEC #50 Chevrolet Corvette C7.R with Khaled al Qubaisi and Klaus Bachler rounding out the top three in their #88 Abu Dhabi Racing proton Porsche 911 RSR.