The Grasser Racing Lamborghini team took and incredible win in the first-ever race for the brand-new Huracan GT3 on home ground at Monza today. The #19 car of Fabio Babini, Andrew Palmer and Jeroen Mul took the lead during the first hour when early leader Pierre Kaffer pitted and never looked back, with even a late safety-car deployment not seriously challenging its chance of victory. However, the Huracan was later excluded from the results due to a fuel-rig infringement. 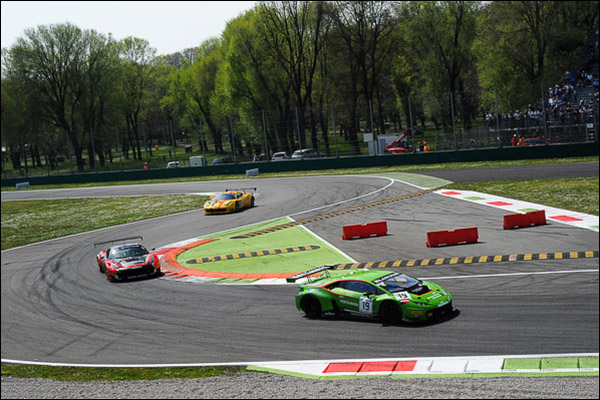 “It’s a fantastic result for me, the team and the brand,” declared Babini afterwards. “Step by step the car has been getting better – my co-drivers pushed just enough, they knew how important this result was for everyone.” Daytona and Sebring class winner Palmer added: “It’s been an unreal start to the season. To come over here and win on my European GT debut is amazing – I’m speechless.” 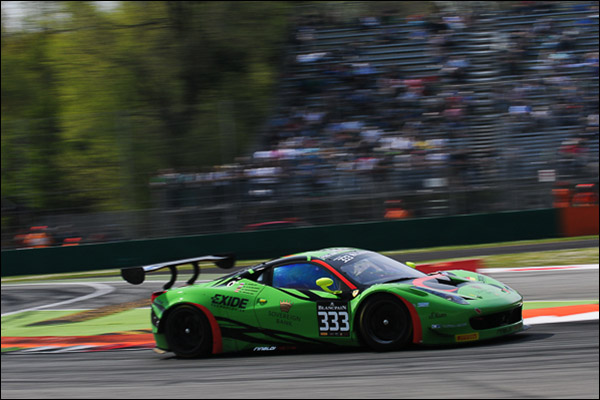 Pro-Am victory and second overall went to the #333 Rinaldi Ferrari of Norbert Siedler and Rinat Salikhov – the young Russian driver belieing his relative inexperience with an impressively quick and controlled performance either side of pro Siedler’s middle stint. “The whole team and Rinat did a great job,” said Siedler. “We were only 15 seconds off the Lamborghini at the start of the second stint, so it’s clear how competitive we were today.” A very happy Salikhov said: “I began to push in the middle of my second stint when I saw the result we could get – it was a lot harder with all the traffic.”

Jean-Karl Vernay, Robin Frijns and Laurens Vanthoor brought the #1 WRT Audi home third after starting from ninth on the grid. A difficult middle stint for Frijns was rescued by a swift and steady run by Vanthoor in the final hour, benefitting from mechanical issues for the #11 Kessel Ferrari, which had looked a dead cert for third or even second overall before rising temperatures forced Alessandro Bonacini to back off and bring the car to the finish. 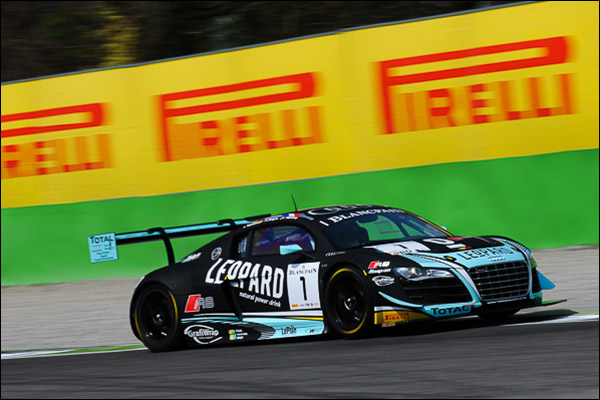 “The traffic was fine, I just had to stay calm,” said Vernay. “The car was fantastic and I think this was the best result we could have had today.” Frijns, who belatedly made his GT race debut here after his Sprint Series practice crash in Nogaro, said he was happy to be on the podium but admitted he still had a lot to learn. Defending champion Laurens Vanthoor meanwhile was reasonably satisfied with the day’s work: “Even without the safety car I think we could have got fourth overall,” he said. “But second in class is a good start for the title – it’s important to be consistent. The main thing is this result is for our mechanics – they built up a new car very quickly after the Nogaro crash.”

Duncan Cameron and Matt Griffin backed up Saturday’s ELMS podium with fourth overall and second in Pro-Am here, while Bonacini managed to salvage third in Pro-Am and seventh overall for himself, Michael Lyons and Michal Broniszewski. The team’s disappointment about the #11 car was tempered somewhat by a comprehensive Am Cup victory for the sister #111 Ferrari of Liam Talbot, Steve Earle and Marco Zanuttini.

“I had some light contact at the start and there were a lot of cars around, so I lost a couple of positions, but I was able to retake them and just keep it clean,” said Earle. “The car is so good here – we’re able to outbrake everybody.” The experienced Marco Zanuttini handled the car’s middle stint, while Liam Talbot was on cloud nine having converted his class pole position to a class win on his first visit to Monza. “It’s unbelievable,” he beamed. “You do think ‘what if’ after getting pole, and now here we are.” 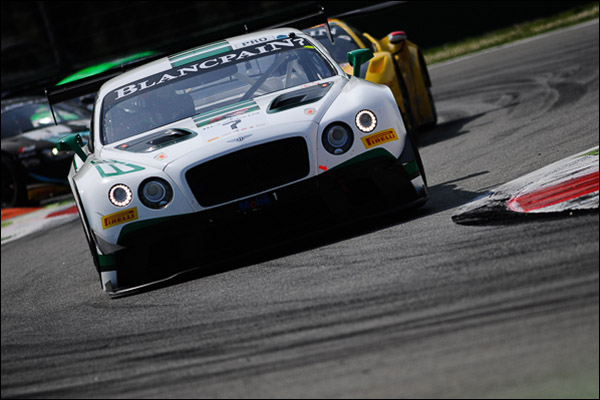 Guy Smith, Andy Meyrick and Steven Kane completed the Pro Cup podium in fifth overall, just ahead of what was a very promising sixth-place debut in the Blancpain Endurance Series for the new second-generation Audi R8, run here by WRT with factory drivers Frank Stippler, Stephane Ortelli and Nico Muller.