There was late night drama at Silverstone when the #30 Tequila Patron ESM HPD was excluded from the race results of the 6 Hours of Silverstone after failing post race technical inspection.

The front and rear plank of the #30 Tequila Patron ESM HPD ARX was found to be under the minimum thickness of 20mm and contravenes article 3.5.6.a3 of the LMP2 regulations.

That means the team and drivers (Scott Sharp, Ryan Dalziel and David Heinemeier Hansson) lose their third place finish and points, the car having finished the race on track behind the pair of Ligier Nissans of G-Drive Racing.

The exclusion moves Strakka Racing up to 3rd position on the racing debut of their new #42 Dome S103 Nissan.

Tequila Patron ESM explained that “the floor had too much wear, as a result of chassis modifications to comply with the rules.” 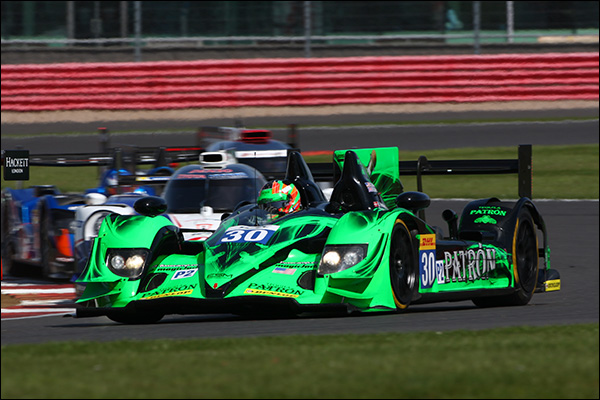