Marshall Pruett made his first ever visit to Silverstone for the opening round of the 2015 FIA World Endurance Championship and he was a busy lad throughout the weekend, however, he did take the time to catch up with some of the movers and shakers amongst the WEC and ACO management teams. Here he catches up with the man responsible for the rulebook, Vincent Beaumesnil the ACO’s Technical Director.

When ERS systems were first being introduced a few years ago, the concept was more of an assist to the internal combustion engine, the primary power source, than a large source of regenerative energy. Now we’ve gotten to a stage where ERS power on deployment is insane. Has the rate of ERS development accelerated faster than you’d planned, and has a clear solution on the best MJ class become apparent?

First thing, the original target of the rules was, for sure, to give some incentive going to big hybrid systems. It was clearly a choice because we see that the automotive industry now is going that route so we wanted to follow it. So before last year’s rules, before, for sure, it was a bonus. From 2014 it was making part of the game. Clearly, the message was, if you have a bigger hybrid system, you can have a slightly better performance and clearly better fuel consumption. You can see that the lower MJ class stopped more than the big hybrid does. Why? Because for one lap, an 8 MJ car will use less fuel than the 2 MJ car. But they have the same fuel tank. It is mathematic. The cars with more MJ will stop later. Even if they are faster, they are consuming less, so it is a strong message. Then from there, before last year, when we were building all the regulations, we were not really sure that we would see some day an 8 MJ car racing because of the problem of the weight of the car. Clearly, it was also a concern for the manufacturers. And therefore it was challenging, yet, the progress is just amazing.

The development done on the storage and the motors and everything is just massive and you can see the step from last year to this year. Yeah, I would say that they have been faster than what we expected in the development, clearly, it is a good surprise. Then we have to think, okay, what should we do in the future now?

MP:
Are you having to accelerate the timeline for what’s next with ERS power? It appears the upper range of MJ classification has come faster than expected–has it caused the ACO to revise any timelines for the next phase of ERS rules?

VB:
We are very open for the moment. But, one of our big priorities is to make sure that the cost remains reasonable. It means that today if you are rich and you want to spend your money, you are rich and you spend your money. We are not going to make a rule against that. But what we want is that the budget necessary to be competitive must be affordable. Going now already to major changes in the rule will automatically bring some big investment and extra cost to the manufacturers who adapt. 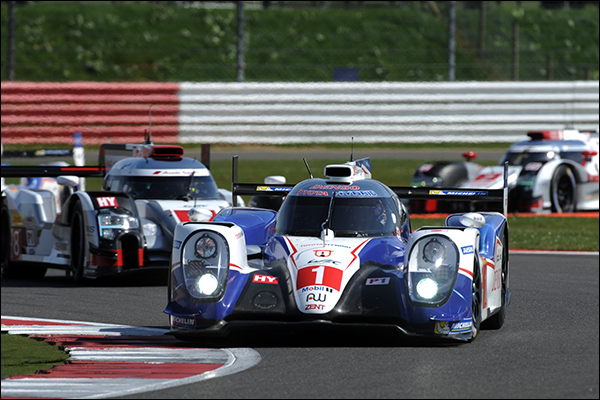 First year, last year, they were already very good and it was a good surprise for us. Very able, very competitive. A second year, now, they are going to make it perfect. They’re going more in the detail in producing the cars. It’s not a major change compared to last year, it is just improvement everywhere. So I think we must remain a little time like that with the MJ classes we have now before any changes. We have in our mind to make, to go for an update on the safety of the cars in ’17, working especially on the chassis, on the safety of the driver. So this working group is working and is ongoing.

Originally, we thought that going to other rules, more extreme rules, for engine and ERS could be in a second step like ’19 or ’20, in order to make sure that they don’t have to go to crazy investments every two or three years because the annual cost would raise. This was the basic idea, but, I mean we have to adapt to what we see, and I think this year will be really important to analyze what’s happening to get their feedback. And from there, we will see.

MP:
Staying on ERS for one more moment, if you look at 8MJ as the current maximum, do you look to the future and say an increase of 10, 12, or more MJ is the logical direction? From the perspective of a 300, 400 kW deployment for two seconds like some hybrid P1 cars have now, it’s violent and amazing. It’s like an explosion. But that’s not relevant to road cars—a giant deployment is the opposite of where production car hybrids are going. Could you see ERS rules that replace bigger and bigger number MJ numbers with the ability for longer deployments? P1 ERS systems would certainly then have more road relevance to offer manufacturers.

VB:
Yes, I think it is a very good comment. We have to manage this because it is our priority to have road relevant technologies. And even if, for sure, on the road car today you don’t have this kind of brakings that brings the energy you have over here, but the electric motors and the energy storage is still something that is relevant for the car industry. And we must keep in mind that it has to remain a race of very competitive cars. And it is a show for fans, so if you go to something like the turbo ERS compound there is regenerative energy full-time. But at the same time, today, we want to give targets to the manufacturers and the amount of energy, we don’t want to tell them what kind of hybrid system they have to do because we want to keep this freedom. We want to keep it open and we want to see different solutions. 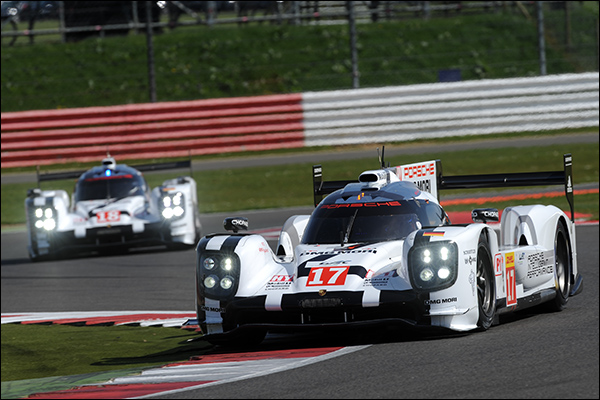 This is why today you have some gaps and this is why today Porsche is so different. But if we say, okay, we want this specific hybrid, it means that we lose a part of the diversity we have. So we have to pay attention to that. But it’s a good point. The cars here at Silverstone, they are pushing very hard, very fast with the ERS. A big part of this power is free energy. I mean, this is amazing. You did not have to put fuel in the car to get this power. And I think it’s magic. The cars in the automotive industry may have some interest for our values.

MP:
The direction being taken by the ACO and FIA with the P2 class starting in 2017 has generated plenty of debate. What are your feelings on the information that has made the rounds and the feedback you’ve gotten from the fans, the paddock, and so on?

VB:
For us it is clear. The diversity in the technologies is for manufacturers in P1. Our strategy is really that LMP2 is a category of teams and drivers. This has not changed. So from there, we have solutions that will bring even better cars and more spectacular cars than the ones we have today for lower cost and better service for the teams. We need to ensure the future of these cars. 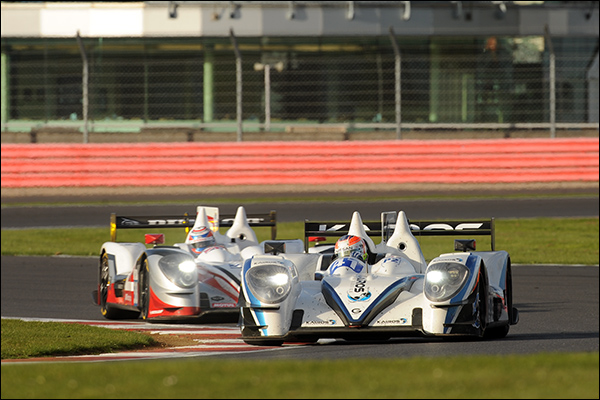 The number of manufacturers that we have, I mean, it will not be a single car. But if you look today in the WEC, the cars actually competing, how many manufacturers you have? Four or five? The 2017 regulations will not change the face of what you have on the tracks. That’s it. We have nearly a single engine supplier situation. And we have about four or five manufacturers today. So it will not be a major change. It will just ensure the future of the teams. That is very simple. We need to have a more sustainable business model for teams.

I’m very confident because I have explained to many teams and I think even the manufacturers understand. I would say that for sure some manufacturers, in their mind, believe that maybe they have a low chance to be selected, and these people are maybe more reluctant, probably. Honestly, I have no idea who will be chosen. We will make a fair selection based on the proposal we receive. 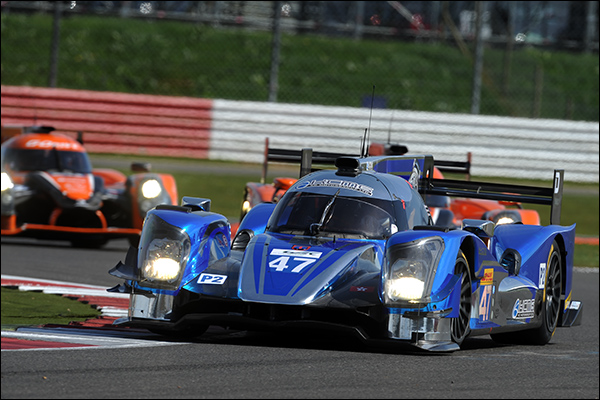 And because people say, oh, you have made the rules for this [manufacturer] or that [manufacturer]. To be honest with you, it is the opposite. Some of the current manufacturers have a big portion of the market, big freedom on prices and many things. If you take away this big market opportunity, fewer manufacturers must supply more teams. If there is a monopoly today, we do not expect to see this in the future. They will lose a part of the market or maybe they will not be selected.
I think that the main point today we have for the teams is that we have to work on the second-hand market for their cars as we get closer to [2017]. We have some ways to do that. With the Asian Le Mans series, with the ELMS, and I think we can extend grandfathering timing for the ELMS. We can have new cars later in Asia so that they can sell their cars and they could put it there. We have solutions for that. And I think it is their main concern.

MP:
Last question, moving to GT, we have seen GT3 continue to grow with Cadillac, Bentley, McLaren, Mercedes, and many others continue to choose non-GTE rules. GT Convergence fell through, so where does that leave the conversation on bringing more manufacturers into the WEC?

VB:
Yes, we were trying to make it a kind of convergence with the GT3 and clearly it was our guys from GT that rejected it. I think that today, first of all, we wanted this but we listen to our partners. If all of them say no it would be stupid to enforce it. These guys, for sure, consider that they will not enter their name officially with an amateur team and gentlemen drivers. The only way they want it official is in GTE Pro. It is the only competition where Ferrari, Porsche, Corvette, Aston Martin and the others working on some projects want to be. For the other ones and for me, clearly, I don’t want GTE Am to be away for another brand to come in Le Mans without going into the true competition of professional teams and manufacturers. On the other hand, for sure, we have to think about the business case for the GTE Am teams. And I don’t know what to say for Le Mans, it’s not easy.

It is the route we will follow for the moment because convergence was rejected. For me, the interest of adding a Bentley or Mercedes or McLaren is good if it is because we have the brand itself interested to race as a brand against the other brands. If they only want to sell cars so a group of friends can enjoy the weekend and go race a car they bought, this does not interest us.