In the first of a new series of interviews with the amateur ‘gentleman’ drivers who are such an important part of sportscar and GT grids worldwide, we spoke to American racer and spinal surgeon Stephen Earle at the Blancpain Endurance Series season opener in Monza. Stephen runs his own medical practice in San Antonio, Texas, but every few weeks can be found at the wheel of a Kessel Racing Ferrari taking on a circuit somewhere in Europe. 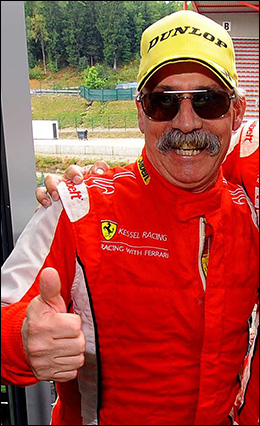 As with a great many people in and around this sport, Earle’s passion for all things automotive stretches right the way back to childhood. “My dad was in the military and we were stationed in Madrid at a Strategic Air Command base,” he explained. “A lot of the pilots stationed there lived on the base. They were all young, single and well paid, so they all had new Jaguars, new Corvettes, new Ferraris and so on. That’s what got me interested in cars and since I was a boy my dream was to go to Le Mans in a Ferrari.”

Earle’s first taste of motorised competition came on a motocross bike as a teenager. “But when I was 18, in my senior year of high school, going into my first year of college, I got hurt in an accident,” he continued. “And then with my studies, I didn’t have time to devote to anything else through college, medical school and my residency. Then I was kept busy raising five children!”

That may well have been that, but at the magic age of 40, a chance opportunity came up for Earle to rekindle his passion for racing. “When I turned 40, my best friend from high school, who’s also my attorney, came to me. He and his brother had a two-car race team, but his brother didn’t want to do it any more, so they asked me to come and drive. I didn’t have a race license and obviously I couldn’t just show up, so they suggested I go to a race driving school. I went on a three-day course at a place outside Tulsa in Oklahoma and they had a race at the end. The only person who beat me was the instructor, which got me thinking that maybe there was something to this.”

There was of course a family to think about at this point, so before the next step came the all-important conference with the wife! “She said okay – but nothing open-wheel and nothing open-cockpit!” he chuckled. And so Earle’s first venture into car racing proper was in a Chevrolet Camaro, contesting a showroom stock series.

Soon, however, those childhood memories of Europe and exotic supercars began to come to the fore. “A Ferrari dealership in San Antonio came to me and my lawyer buddy and said this new amateur series was starting up – the Ferrari Challenge – and would I like to drive for them? Of course, nobody could say no to that, so off I started in 1993 and didn’t look back. I won the Fiorano Cup in 1994, the Ferrari Challenge World Championship in 1995 and the American championship in ‘96, ‘97, ‘99 and 2000.”

Despite this not-inconsiderable run of success, the Le Mans dream remained, and all those one-make titles put Earle on the radar of top-line Ferrari GT teams looking for a quick amateur driver. “In 2002, JMB Racing asked me to come race at Le Mans. I shared the #71 Ferrari 360 with Chris McAllister and Gary Schultheis, so I was at a French track, driving for a French team and one of the sponsors was the Moulin Rouge!” The car retired after 85 laps with electrical problems, but the ‘bucket list’ had been ticked nonetheless – and in some style. “The Moulin Rouge girls were all there in their costumes and the entrace to the pit garage was dressed up to look like the entrance to the club, which was cool.” 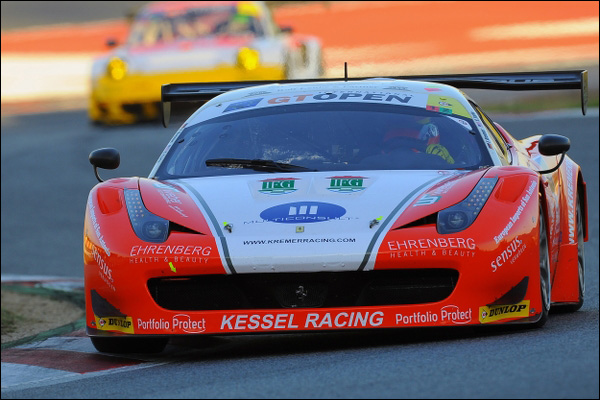 While that was definitely the peak, Earle hasn’t stopped racing since, taking in events in the ALMS, FIA GT, Italian GT, GT Open and – since last year – the Blancpain Endurance Series. He sees motorsport as the perfect complement to what is a very demanding day job. “My big advantage – especially in endurance racing – is that as a surgeon I’m trained to concentrate deeply for long hours,” he explains. “My cases are all spinal reconstructions, which can take six or seven hours, so for me to race a one or two-hour stint is nothing. The concentration part is easy, but I’ve been doing this for 24 years and I’m 63 now, so I have to work out every day to keep up with the 20-somethings!”

“The fun part is that it’s relaxing for me, because when I’m at the track the only thing I need to think about is what gear do I need to be in, am I braking too late, I need to be two-tenths quicker than this other guy, and so on – so the medical stuff is just temporarily erased. When I go back home on Monday it’s like I’ve been cleansed. I can take whatever they throw at me, because I know in another two or three weeks I’ll be back racing again – it’s the carrot!” 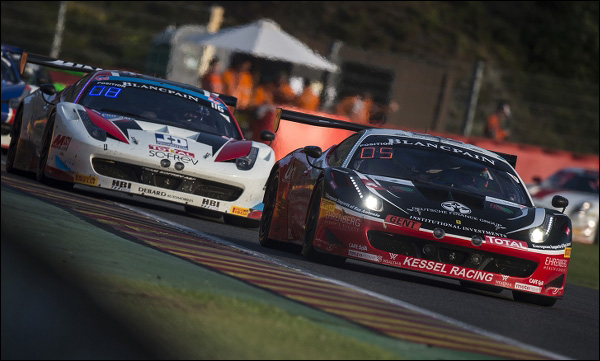 Last year, however, there was one occasion when the medical and racing worlds met. At the Spa 24 Hours, Earle was sharing a Kessel Ferrari with Marcus Mahy, who was badly injured in a serious crash on the Saturday evening. “As soon as he got hurt, I went out of driver mode and into doctor mode,” he remembers. “They had to resuscitate him trackside and I went to hospital in Liege to consult with the residents there. He had a fracture that was unstable, so they had to operate and fix it straight away.”

“In the States we’re very push-push-push when someone is badly hurt like that – because that’s when you’re in your best shape. If you wait, more problems can start to creep in. Ultimately, me being there was a great help for his girlfriend and everyone else who was there, because the whole medical situation was so foreign to them and I was able to explain things and reassure them.”

After a series of surgeries, Mahy returned home to recuperate and has now made an astonishing complete recovery – he was at Monza as a guest of Kessel Racing, fully fit and healthy once again. “The hospital did a great job,” says Earle. “Marcus has to be the luckiest guy I’ve ever met – you can’t even tell there was ever anything wrong with him – it’s so much more than I expected.” 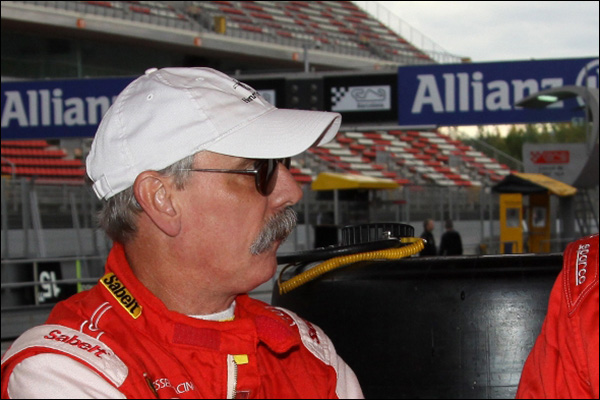 That was definitely the most dramatic day at a race track for Earle, but it certainly wasn’t his last. So with the Le Mans box ticked, are there any other major aspirations yet to be fulfilled? “I just want to keep doing it, keep enjoying it and try to stay competitive,” he says. “When it gets to the point where I don’t think I can win any more, then I’ll probably stop, because it’s just not worth it time-wise and financially to just drive around – you can do that on your own! I keep thinking ‘okay maybe this year I’ll stop’ but it hasn’t happened yet!”

And with Earle winning the Am Cup category at Monza along with co-drivers Liam Talbot and Marco Zanuttini, it looks like retirement won’t be happening for some time yet…