The ACO have announced a number of revisions to their initial proposals for the relaunch of the Asian Le Mans Series in 2015.

Prime amongst the changes is a revised calendar which sees a fourth event added in Thailand (in early January 2016) and the Sepang race planned for December instead moved to late January 2016. This appears to be a planned permanent move for the Series to a winter calendar straddling two calendar years. 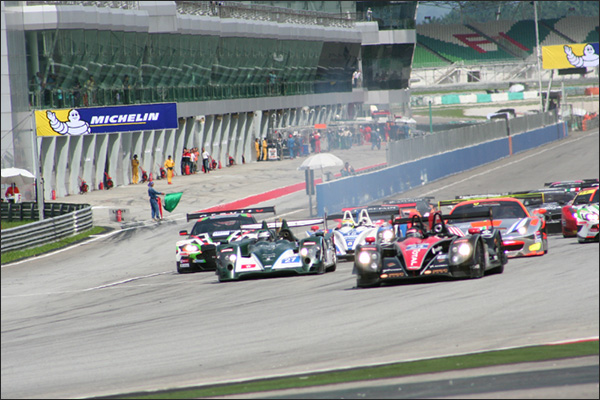 The moves clear a logjam of fixtures at Sepang with the AsLMS race moved away from the slot just a week following a date announced by SRO for the Sepang 12 Hours.

The revised Calendar is therefore:

There have been changes too to the classes of eligible cars:

There will be special entry fee levels for both the CN and GTAM classes with ‘early bird’ rates for full season entrants.

3 competitors (who must be full season AsLMS entrants) will be invited to the 2016 Le Mans 24 Hours, as follows:

• The 1st LM P2
• The 1st GT team (invited in the GTE class)
• The 1st LM P3 invited in the LM P2 class subject to a minimum of 3 entries in the category. Should this minimum be not reached the invitation will be granted to the 2nd team of the GT overall classification which will be invited in GT Am.

Both the 2015/2016 and 2016/2017 calendars will as much as possible, avoid clashes with other major Asian Pacific international motorsports events.

In a bid to encourage long term stability of the rules cars currently eligible for the Asian Le Mans Series will continue to be accepted until the end of the 2018/2019 season calendar, this despite the coming new regulations for Le Mans GT Cars (2016) and new LMP2 cars (2017).

Pierre Fillon, President of the Automobile Club de l’Ouest (ACO): “The ACO strongly believes in the Asian market potential for Endurance Racing and wishes to play a major role in this region in the near future. That is why we have decided to take over the organisation of the Asian Le Mans Series, in order to secure this very important pillar of our racing pyramid”

Cyrille Taesch Wahlen, Asian Le Mans Series Operations Manager: “This proposed calendar combined with the substantial effort from the ACO to design a more attractive platform will contribute to a newly revitalised Asian Le Mans Series. With 4 events, a first visit in Thailand and a calendar that will better suit both the Asian and European teams we are ready for a new start”