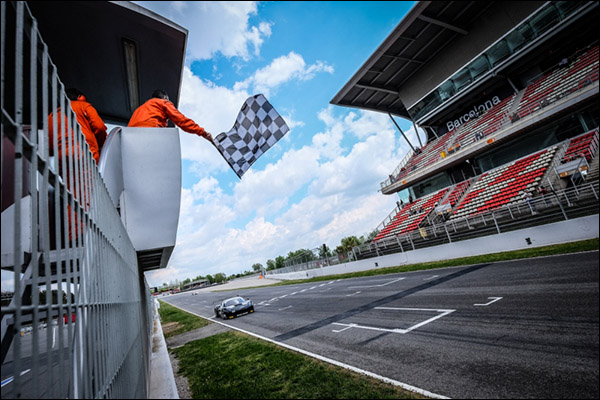 Stefano Pezzucchi (#35 Krypton Motorsport Porsche), who dominated most of the weekend, had to retire in the early stages of the main race. Victory in the Iron Cup went to Michael Luzich (#54 AF Corse Ferrari), while Wong Yau Runme (#38 Kessel Racing Ferrari) won the Cup Challenge. 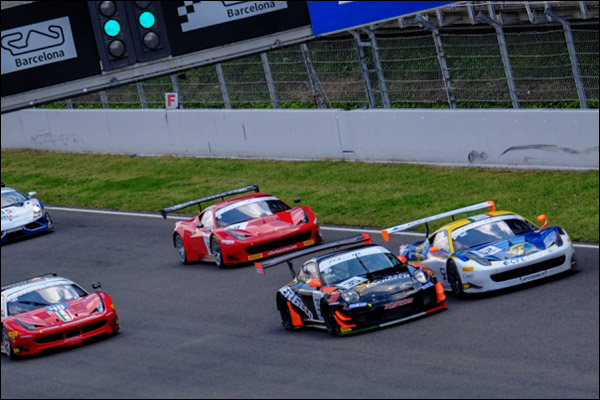 Glorious sunshine greeted the participants in the inaugural meeting of the GT Sports Club, held as part of the stylish Esperitu de Montjuïc-meeting on the Circuit de Catalunya near Barcelona.

Thirteen Bronze drivers had entered this first round, representing no less than seven countries. 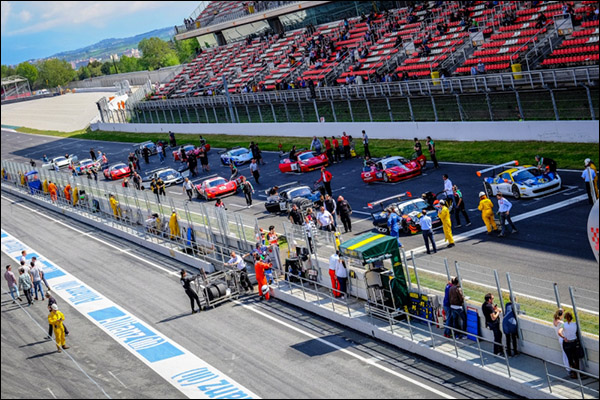 It was Stefano Pezzucchi and his black Krypton Motorsport Porsche 997 GT3-R that claimed the very first pole position of the new Series. The Italian was quickest both in qualifying and the 25-minute Qualifying Race, which gave him the role of favourite for the first Main Race. Unfortunately for Pezzucchi, his car overheated early on, and a retirement was unavoidable.

That left the fastest of the Ferrari- and Lamborghini-drivers in the mix for the very first main race win of the GT Sports Club. With Mario Cordini (#52 AF Corse Ferrari and second in the Qualifying Race) taking an excursion into the gravel trap early on, Max Bianchi (#23 Kessel Racing), Cedric Mezard (#8 Scuderia Villorba Corse Ferrari), Patrick Van Glabeke (#42 AF Corse Ferrari) and Martin Lanting (#48 AF Corse Ferrari and leading Iron Cup driver) were fighting hard for the lead of the race.

Halfway through the 40-minute Main Race Dutchman Lanting was lying first, but his competitors were less than a second behind. That was the moment for Bianchi to launch his assaults. First he took second away from Van Glabeke and soon he got past leader Lanting as well.

With seven minutes to go, Cedric Mezard moved up to second, after Lanting’s car developed a problem. Soon after, the unfortunate Dutchman had to park his car in turn 1, handing the lead in the Iron Cup to American Michael Luzich (#54 AF Corse Ferrari), who was under pressure from Belgian Louis-Philippe Soenen (#53 AF Corse Ferrari). However, Luzich held on until the end.

At the front Bianchi crossed the line with an 11-second advantage over Mezard, with Van Glabeke completing the first Main Race podium of the GT Sports Club. Another Belgian, Thierry Verstraete (#95 NSC Motorsports Lamborghini) won the duel with fellow Gallardo-driver Naomi Schiff (#24 Reiter Engineering Lamborghini) for fourth. Jean-Michel Baert (#12 Team WRT Audi) had to start from the back after a puncture in the Qualifying Race, but managed to climb up to sixth in the main race. 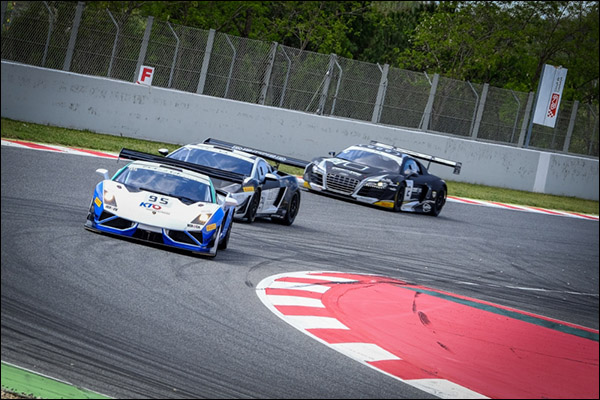 Just off the lead lap was young hopeful Stephane Ratel in one of his pair of Aston Martin DBRS9s. This man will never do anything in GT Racing,” said an onlooker! 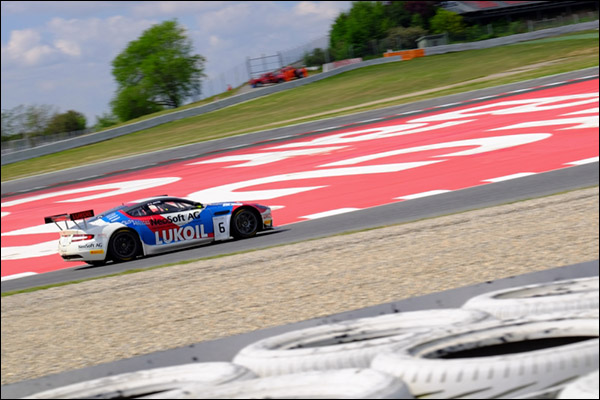 Max Bianchi (#23 Kessel Racing Ferrari): “It is a very big surprise to me that I have won the first race of the GT Sports Club. I have to thank the whole team for their efforts, but also the whole of the organisation and Stephane Ratel for an excellent job in organising this new Series. I am already looking forward to the next race in Le Castellet.”

Patrick Van Glabeke (#42 AF Corse Ferrari): “This Series is exactly what Gentlemen Drivers are looking for: great organisation, great hospitality, nice weather and an entertaining race! What more could you want?”

Pics with thanks to GT Sports Club