The Pirelli World Challenge series posted a record number of penalties on Tuesday night in response to a crash-filled event last weekend in Long Beach. 20 of the 40 drivers who participated in the event, 50 percent of the field, were docked points, fined, or given another form of punishment for everything from on-track contact to driver conduct.

$61,000 in fines have been assessed for what took place at Long Beach; fines from Circuit of The Americas and St. Petersburg, the first and second events of the year, totaled $5000.

Of the many decisions made by the series, race leader Johnny O’Connell, Olivier Beretta, and Kevin Estre were penalized for the incident at Turn 8 that removed O’Connell from the lead and ended his race. Beretta, who won Sunday’s PWC GT race, received the most post-race penalties (3) and kept his victory. The entire GT podium – Beretta, Chris Dyson, and Ryan Dalziel, has been fined a combined $9000 and lost a total of 110 points. 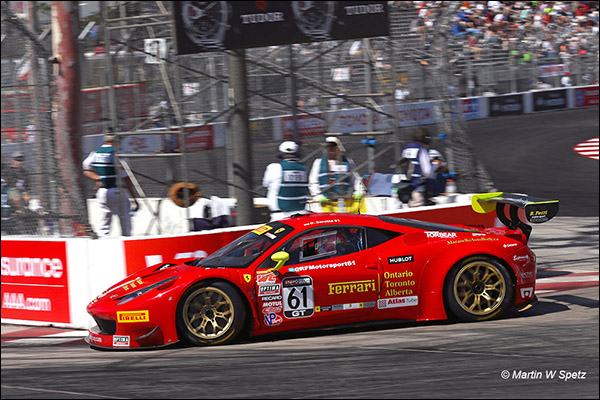 A frustrated Dalziel, who was driven into the wall while attempting to pass Beretta, lost 20 points for what is believed to be walking off of the podium after hoisting his trophy and posing for photos, yet failing to partake in the spraying of champagne. For the sake of comparison, Bryan Heitkotter, who pushed Butch Leitzinger into a spin and crash that all but destroyed a Bentley Continental GT3, possibly the most expensive car in the field, lost just as many points (20) for his actions. 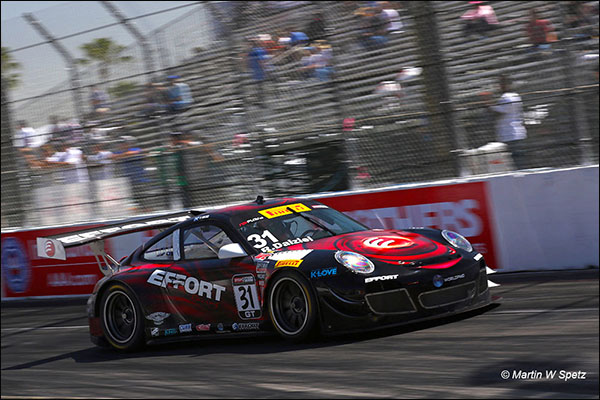 “Since the completion of Sunday’s race, Pirelli World Challenge’s Competition Board has worked around the clock to review incidents from the Round 5 race,” said Scott Bove, President and CEO, WC Vision.

“The series will not tolerate behavior such as was exhibited at our Long Beach race. There is no one more disappointed in the on track product we delivered than I am. We can do better and commit to our partners, teams, drivers and fans and that we will. I appreciate the support from the drivers that have emailed me privately accepting responsibility for their actions and already paid their fines. The drivers that are not accepting responsibility for their on track behavior and for the poor product they delivered will either change their behavior or not race with us. It is that simple. We have unfortunately posted a record number of penalties, fines and probation notices with the hope that the clear message is received by our competitors that the series will enforce the standards of on track behavior required to compete in PWC. Racing is a very dangerous sport, passing under yellow, avoidable contact and unsportsmanlike conduct will not be tolerated.”