After the reception from George Richardson’s 2014 end of season review, he’s decided to join DSC’s stable of writers for the year, and will be sharing his experiences competing in the European Le Mans Series, Le Mans and the VLN. Here’s his second column:

For a variety of reasons, standing on the podium at Silverstone was really special. It’s safe to say that for all of us at JMW Motorsport it was a successful weekend capped off by finishing second, despite coming away feeling we could have had the win. 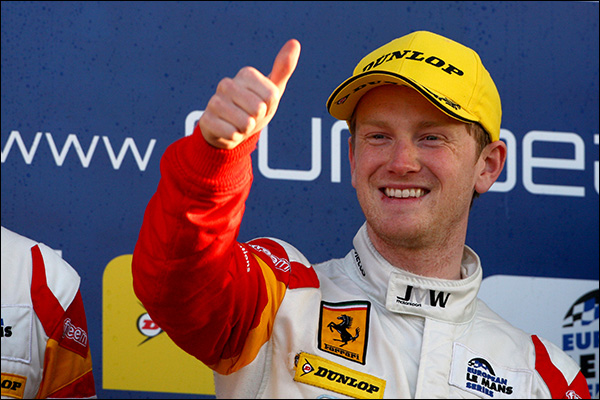 The race itself was tough, and we felt a bit robbed by the Gulf Porsche effectively gaining a lap on us when the safety car came out, being waved around to enable the overall race leader to be first in line. Coming away with second though, is by no means a bad thing, and rules are rules. Things like that tend to balance out over the course of the season anyway.

One thing I noticed about the event this year was that there were far more fans surrounding the ELMS paddock. The autograph session was one of the biggest I’ve ever seen, so it really felt like a home race for all of us, and I can’t thank everyone who came out to watch us race enough for their support throughout the weekend. 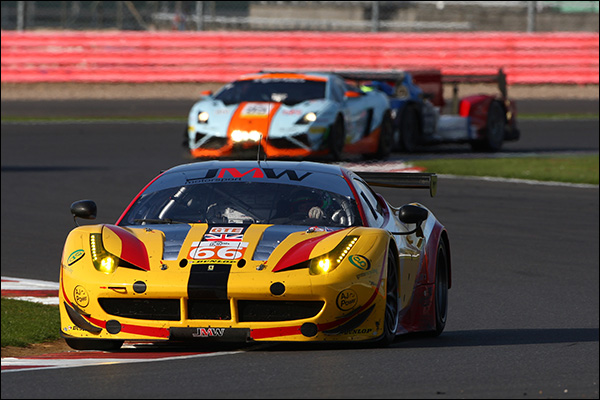 Sam (Tordoff) and Rob (Smith) were great in the car, and as a trio we adapted to our first real race weekend together almost seamlessly. When me and Sam were in towards the end we were the quickest in the class, we know we have the potential to win and after Silverstone I’m confident for Imola.

In terms of storylines going into the race, the biggest for the ELMS was the addition of the LMP3 class. We hadn’t really seen them run properly, but I must say I was impressed with their performance. They mixed in with the GTEs pretty well. 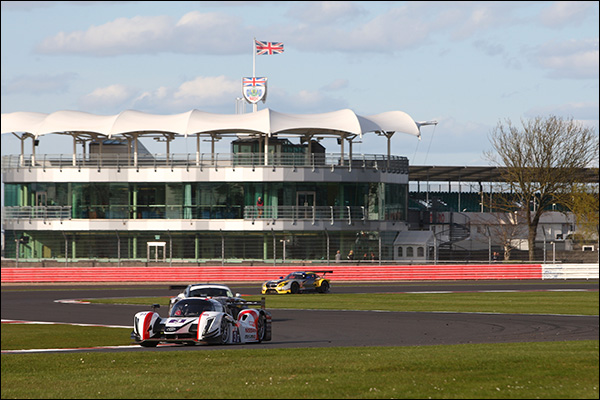 I can’t mention LMP3 without discussing Sir Chris Hoy’s debut either. I met him for the first time behind the podium. He’s a really nice guy and I’m hoping as he lives about 1 mile away from me that I’ll bump into him on a bike ride, as an avid cyclist myself it’s a big boost to the series and it’s good to race against him.

To be on the podium at your home race is always special, a real awesome weekend for the ELMS. LMP2 put on quite a show, good for the TV but not so good for them, some rash moves through GT car traffic ended some of the good racing.

I really hope that LMP2 drivers change their attitude towards GT drivers as some of them treat the GT field like complete rookies. In my opinion, many of the world’s best drivers feature in both GT and LMP2, but sometimes certain drivers forget that.

That race in particular highlighted the speed differential between the classes, and I feel we need to work together in this. Having more discussions with LMP2 drivers would be beneficial to prevent so many close calls happening in the future. We all have a responsibility as drivers to race cleanly and if either parties bully the other, both lose as a result.

Other than that, it was a really fun weekend, and having the WEC as a double header works well. I’m as much a fan when it comes to racing and seeing the drivers I look up to is always awesome for me. 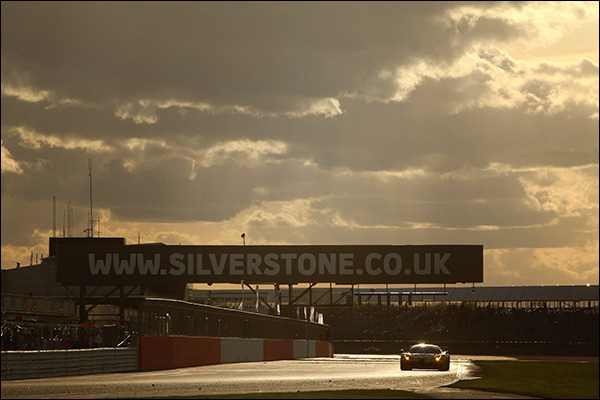 Imola is up next for us in the ELMS circus, I can’t wait to go back there, it’s my favourite circuit on the calendar. But first I have been testing and working on the simulator in preparation for VLN2 with NGK SparkPlugs RacNGKgTeam this weekend.

In regard to the recent rule changes at the Nürburgring following the accident a few weeks ago in the VLN, I think they’ve made the right call. Having the GT cars back out there is good, and certainly for now it’s a sensible solution. 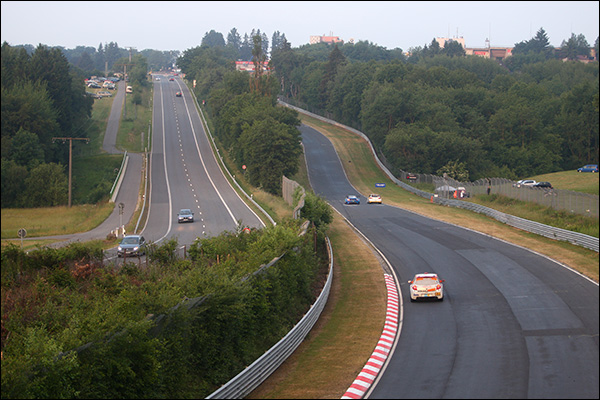 As a driver, having those sections restricted makes it less fun, as running full tilt through the Dottinger Höhe and Flugplatz is part of the reason you go, but I can’t complain in this case; we can’t lose GT racing that track. It’s going to be another thing to think about while you’re lapping the circuit, having to slow down, and just remembering when those sections are coming up will be a challenge. I understand why they have restricted areas though, I hope a permanent solution is decided soon.

It’s going to be interesting for everyone, seeing how it’ll work in practice when we head back this week.