There was a scare for the polesitting Ginetta-Nissan LMP3 on the grid when it started leaking fuel while stationary, but the Team LNT mechanics managed to rectify the fault without pulling the car back to the garage and it started from the head of the field. 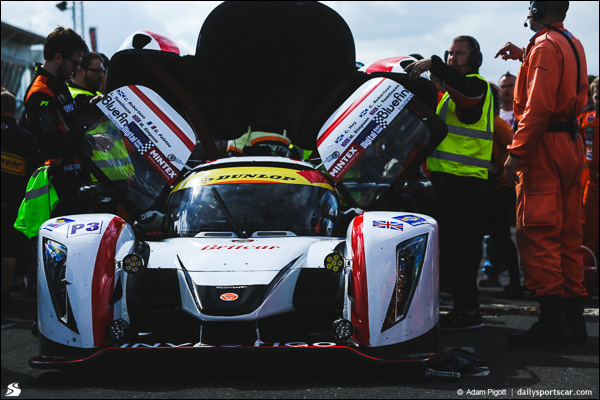 Once the lights went out, the field got through Copse cleanly, and Charlie Robertson immediately set about stretching out a significant lead in the Ginetta. Glynn Geddie also made an excellent start in the Marco Schelp Porsche, going from fifth to second. Second-place Witt Gamski dropped down to fourth in the MJC Ferrari, while the Radical held its third position at the start. 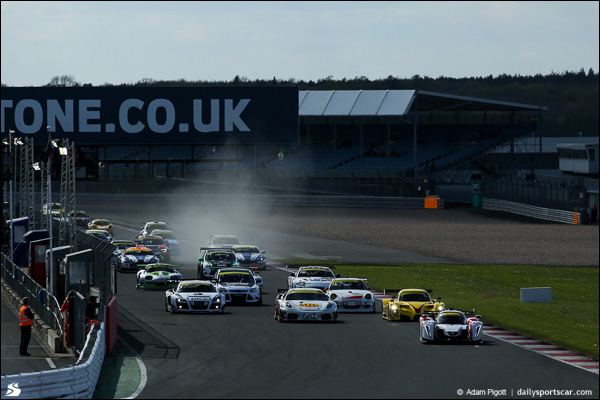 As the top three spread out, from fourth place back remained very close, with #8 Peter Cook Audi eventually emerging ahead of Freddy Hunt in the #76 Jaguar and Tom Onslow-Cole in the #91 MARC Ford Focus V8. Gamski ended up seventh after the first few laps. The leading Ginetta, meanwhile, disappeared up the road. 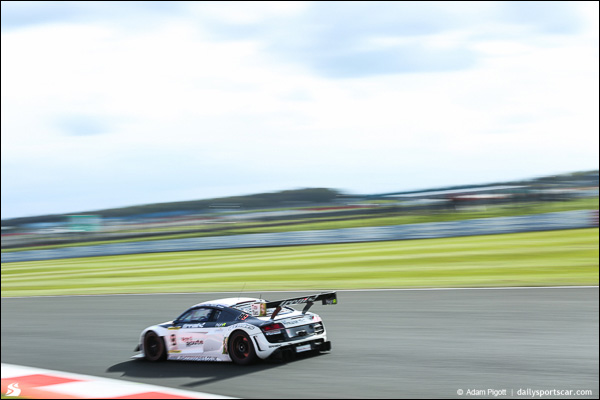 The safety car was called out on lap 10 due to the Rollcentre BMW becoming stranded just past Woodcote and the #17 Topcats Marcos going slowly at Abbey with a puncture. Leo Machitski brought the second MARC Focus into the pits under the safety car with almost half an hour of the race past – as did Martin Smith in the third-place Radical.

After a couple of laps of green-flag racing once the safety car had peeled off, Roberston in the LNT Ginetta once again had in excess of 30 seconds’ lead. The Schelp Porsche was second, just 3.1 seconds ahead of the Peter Cook Audi in third. Having made a splash-and-dash pit stop to help measure fuel consumption, the Radical was fourth ahead of the #91 MARC of Onslow-Cole, who himself was just a few seconds ahead of Hunt in the #76 Jaguar, who pitted on lap 18 complaining of excessive cockpit temperatures.

With just under an hour in the bag, Onslow-Cole led Class 2 in the MARC, Alex Osbourne was the Class 3 leader in eighth overall in the APO Sport Porsche, while the SICL.com SEAT was leading Class 4. Adam Sharpe in third then came alive and reeled in second-place Glynn Geddie – which rapidly became the battle for the lead when Robertson pitted the Ginetta on lap 24, with 54 minutes run. 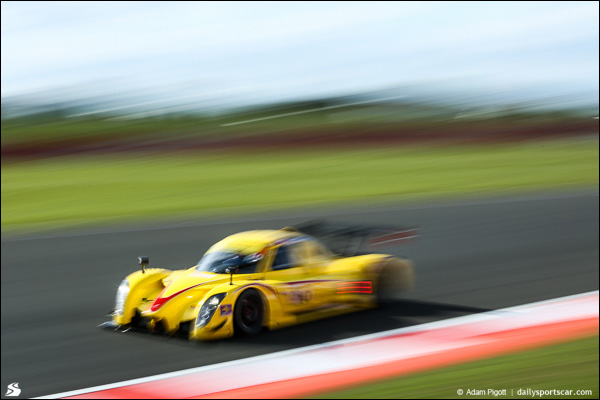 The battle was eventually resolved in the pits, with the Audi emerging ahead of the Porsche in third and fourth respectively. Up front, the Radical led the Ginetta (now with Chris Hoy on board) by just over 20 seconds. The lead changed around the 90-minute mark when the Radical went slowly through Maggots-Becketts then pitted on the same lap with a fuel surge issue.

With an hour and 40 minutes done, 10 cars had still to make their first pit stop, while further down the field, a close battle was developing for second and third in Class 3 between the Speedworks and Beachdean Aston Martin GT4s, running ninth and 10th overall. This became a battle for the class lead once the APO Porsche made its first pitstop. 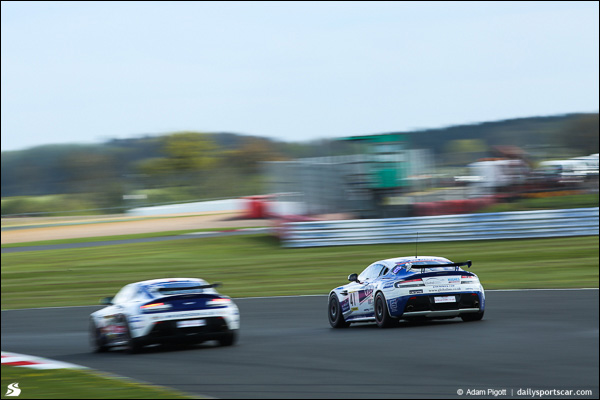 The second-place #8 Audi had a spin on lap 55 and pitted shortly afterwards, while the Schelp Porsche mantained third but with the Radical closing rapidly. The #91 MARC continued to hold fifth overall and the lead of Class 2, ahead of Gamski’s Ferrari in sixth. A couple of laps later, with just over two hours clocked up, the Radical briefly moved into second, before coming to halt at pit entry and having to be pushed in by marshals.

The #14 Schelp Porsche’s thus-far serene progress in third place was interrupted on lap 65 by a stop-and-go penalty for a too-short pit stop earlier – then another for speeding in the pitlane – while the Radical rejoined in 13th overall after its unscheduled stop.

As the clock approached three hours done and 21 hours to go, the LNT Ginetta had over a lap on the #8 Peter Cook Audi, which itself was a lap up on the #14 Marco Schelp Porsche. A further 44 seconds down the road was the #91 MARC, leader of Class 2, ahead of the #4 MJC Ferrari in fifth. 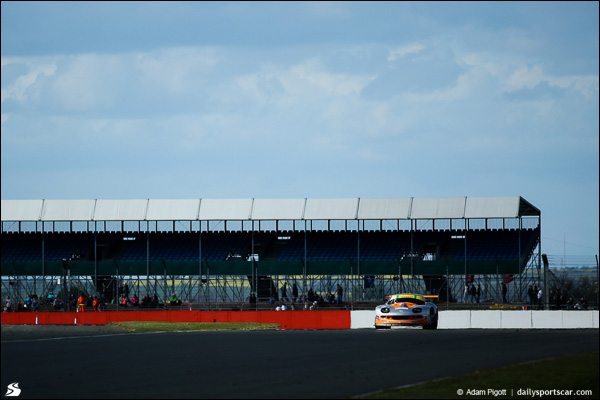