It was an eventful night at Silverstone, with long-time leader the Team LNT Ginetta-Nissan slipping well down the leaderboard after a series of extended pit stops attending to electrical problems and the results of some contact in the early hours of the morning. Just past 9:30am, it was running 12th overall, 76 laps down on the leading #8 Simpson Motorsport Audi R8 GT3. Earlier in the night, the Audi had swapped the lead with the Marco Shcelp Porsche and the MJC Ferrari 430. 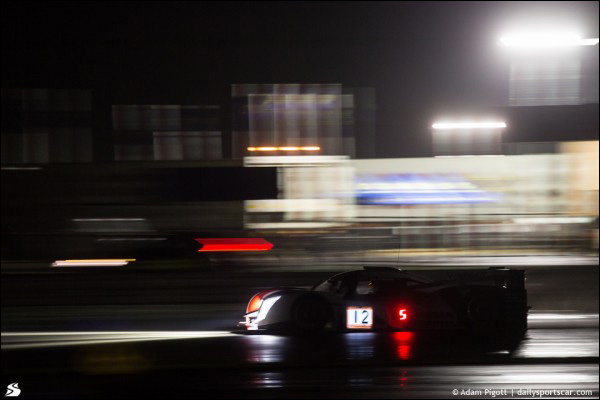 The Porsche was sidelined by an eventually terminal gearbox problem, while the Ferrari was hit by first a 30-second penalty and then its own mechanical issues, dropping back to 21st overall by the time morning arrived. There was also drama for the APO Sport Porsche in Class 3, which went into the barriers at Copse, but was recovered and eventually rejoined. 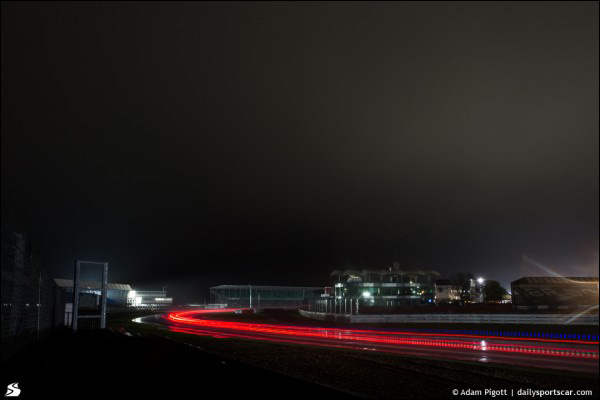 Longtime Class 2 leader the #91 MARC Cars Ford Focus V8 was still running and heading its category in the morning, although it had dropped down the overall classification to 12th due to some electrical issues brought on by the heavy rain. 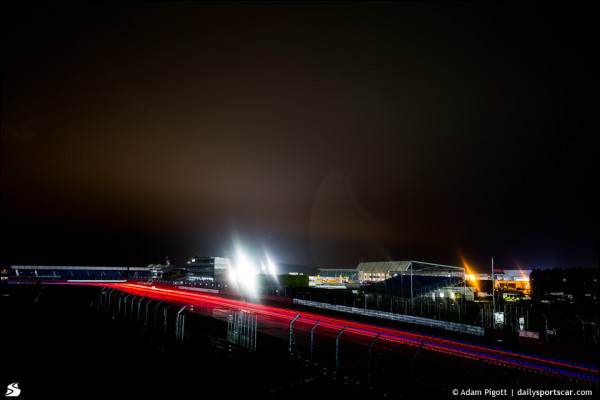 These issue were good news for the Class 3-leading Beechdean Motorsport Aston Martin GT4, which by 9:30am had climbed to second overall, around a lap off the first-place Audi. There was also plenty of reliable running from the #50 Bas Koeten Racing SEAT Leon, which was at the head of the class and completing the overall podium spots as the clock approached 10am, with six hours left to run.

As the clock approached midday and final four hours of the race, we were down to 16 runners from the original 28, with the latest withdrawal being the formerly race-leading #8 Simpson Motorsport Audi R8. This left the Beechdean Aston Martin in the clear, seven laps ahead of the second-place Bas Koeten Racing SEAT (leading Class 4), which was itself a further two laps ahead of the Cor Euser Racing Lotus Evora (second in Class 3). Eight laps behind that was the third-place car in Class 3, the Speedworks Aston Martin.

Second in Class 4 was the Saxon Motorsport BMW 1 Series in fifth, but you had to go all the way down to seventh to find the Class 1 leader – the #10 Radical, while the eighth-place overall Red Camel/Jordans.nl SEAT was the runaway Class 5 leader.