With only a 14-car grid turning out for this weekend’s Paul Ricard season opener, GT Open has made a move to boost its entry lists by creating a second category for Porsche, Lamborghini, Ferrari and other one-make racers from the third round at Silverstone onwards. 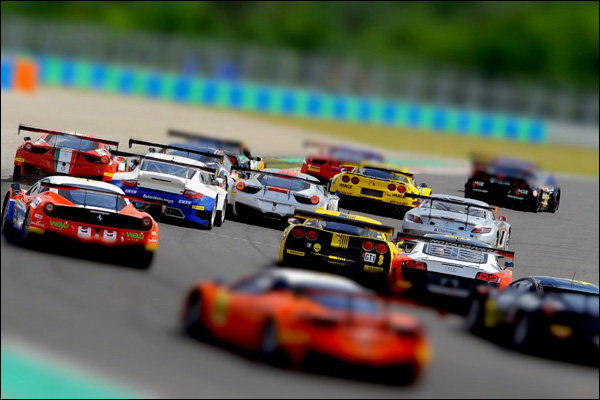 The news was announced to team managers and drivers by Jesus Pareja, CEO of organiser GT Sport, at a meeting on Saturday Paul Ricard. A GT Open statement said that the move aims at take into account today’s market conditions and participants’ aspirations, as well as bringing back GT Open’s signature two-tier format.

Pareja said: “The International GT Open has always been based on two types of cars, GT2 and GT3 cars. The GT racing market, as we all know, has evolved towards full GT3 grids, which is something that we’ve implemented as from this year, abandoning the too-costly GT2 cars. The need for a lower category with cars only around three seconds slower, is still there, though, especially in these times where cost-consciousness is essential.

“With the GT Open Cup, we intend to respond to that demand and stay consistent with the GT Open spirit, which has always included two types of cars. This will make the competition affordable and attractive to a larger base of teams and drivers, strengthening the overall grid.”

The details of the new GT Open Cup will be made public in the forthcoming weeks, together with the list of eligible cars, which will include machines such as the Ferrari 458 Challenge, the Porsche 911 Cup and the Lamborghini Super Trofeo. The Cup will be a category within GT Open and will run this year over the last five rounds of the season, starting at Silverstone and continuing with the Red Bull Ring, Spa, Monza and Barcelona events.