It’s back to a full four class field after fewer than a dozen and a half runners at Long Beach.

Amongst the major stories on the 38 car grid is the stateside part of this weekend’s Porsche GT driver reshuffle with WEC full season man Michael Christensen joining BOTH the #911 and #912 squads in GTLM. 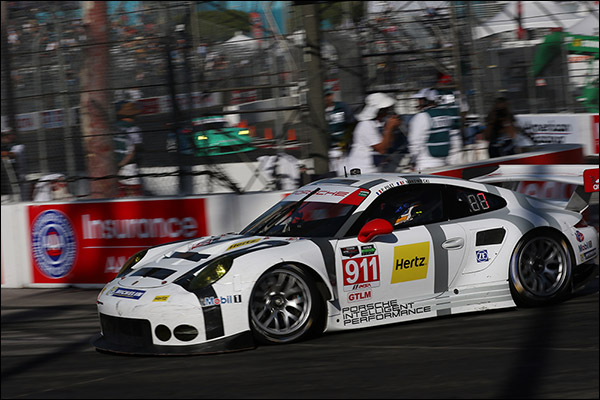 The young Dane will join fellow WEC full season driver Patrick Pilet in the #911 and Jorg Bergmeister in #912.

Starworks currently has their Riley DP listed, shown in the latest iteration of Andy Blackmore’s IMSA Spotters Guide in full Martini livery. The car is still BMW V8 powered but has the TBA Bros. currently listed.

In GTD there is a second Riley Technologies Viper listed with the #93 car crewed by CTSC regular (but TUSC debutant) Jeff Mosing and CJ Wilson Racing man Marc Miller, Miller has also been named as the third driver for the LM GTE Am Viper for Le mans alongside Ben Keating and Jeroen Bleekemolen. 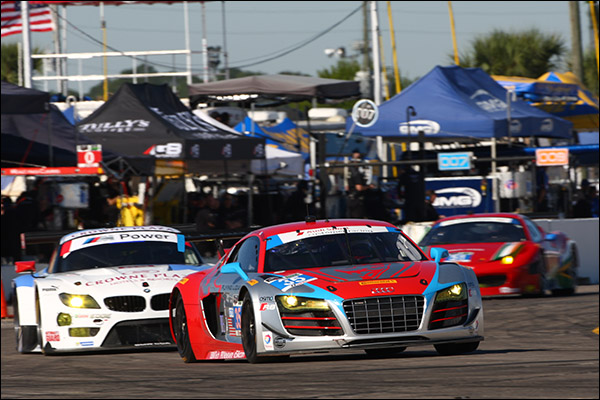 Guy Cosmo: “I’m absolutely thrilled to be joining Flying Lizard Motorsports. This is a team that has set the standard for professionalism and success. After competing directly against them for three seasons in the ALMS GTLM category, I know the depth of their talent and strength of the effort they put forward. They are a truly first-class organisation and I am honoured to finally have the opportunity to become a ‘Lizard’.

“I’m also thrilled to be driving with Patrick Byrne. Patrick is a wonderful young man whom I’ve had the pleasure of working with and coaching in the past. He is smart, calculated and fast. Though he is new to TUDOR competition, he is a quick study and I am excited to be paired with him. This is a great opportunity for the both of us and we are going to take full advantage of it. Mazda Raceway Laguna Seca is absolutely one of my favorite tracks, situated in one of the most beautiful places on earth.

Patrick Byrne: “I am really looking forward to driving for Flying Lizard Motorsports, a top team with great people and a long winning history in in sports car racing. It’s an honour to be associated with such a special team of dedicated racers.

“It will be great driving the Audi R8 LMS which is a very competitive car backed by a highly respected manufacturer that has shown a true commitment to racing. I truly admire Audi’s passion for motorsports. It’s so good to be racing in a series that is regarded as the top tier of GT racing in the US. I can’t wait!”