The rain continued to fall in the Ardennes Forest throughout the second practice session of the weekend, with many of the teams opting to complete very few laps, especially towards the end in order to preserve their cars for the remainder of the event. Porsche LMP1 newbie Earl Bamber went quickest in the #19 919, setting a time of 2:25.495, leading the sister #17 of Timo Bernhard just under half a second back. 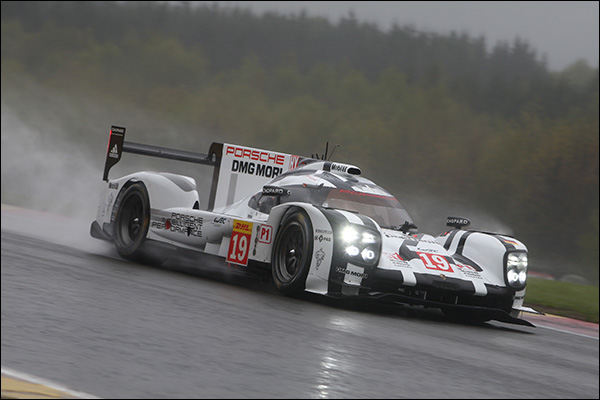 Making up the top three was André Lotterer’s #7 Audi R18 running the new aero kit. The German led much of the early stages of the 90 minute session, setting a best time of 2:26.183.

Predictably, two of the factory LMP1 runners didn’t make it out in the session. The #1 Toyota and #8 Audi, that were involved in the incident at Les Combes earlier in the morning were still undergoing repairs.

The #8 Audi’s rear, which was damaged substantially, should be ready for tomorrow’s sessions; the #1 Toyota meanwhile has had to undergo a rather more major makeover, with the spare tub having to be drafted in to get the car back to full working order. We are currently awaiting a statement confirming that Kazuki Nakajima, who was driving the #1 when it hit the #8, will take no further part in the event with further precautionary medical tests to be undertaken.

The conditions were so tricky in the early part of the session that the fastest LMP2 and GTE runners were able to mix in with the top five times.

“The difficulty we’ve had today was to apprehend patches of water standing on different parts of the race track,” Fernando Rees, whose #99 Aston finished third fastest in GTE, told DSC. “Our afternoon program was about testing set-ups we could not try out this morning because due to the red flag episode. With the sister car, we tried to figure out what would be our best options in case of wet race.”

Fastest of the LMP2 runners by session end, was the #42 DOME S103 of Strakka Racing, which has run remarkably well in mixed and wet conditions both here and at Silverstone. It’s time, a 2:34.370 was half a second quicker than the Jota Sport Gibson, which driven by Mitch Evans, was swapping top times with its fellow British P2 rival throughout the first half of the session. 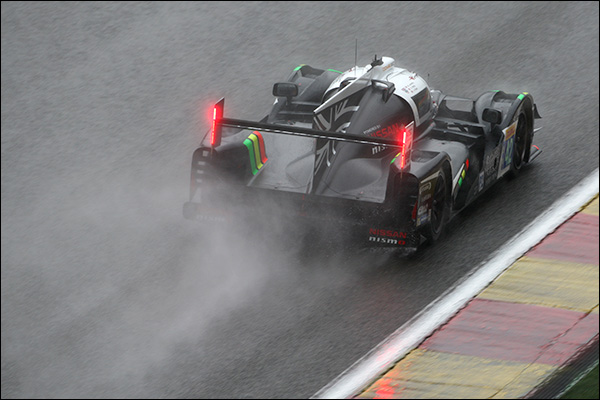 Once again the pair of brand new Extreme Speed Motorsports Ligiers didn’t have much impact on the timing and scoring. The team are reluctant to risk the cars at this stage, as the drivers are not completely comfortable with the car or conditions. The #30 which completed 12 laps in FP1, didn’t go out at all, and the #31 managed just five banker laps after completing 18 earlier in the day. 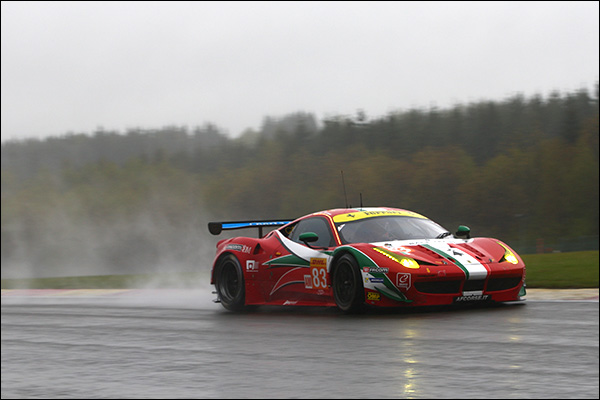 The weather conditions worsened throughout, to the point where everyone brought their cars in, electing not to brave the torrential rain for fear of going off on the standing water as the final 20 minutes approached. 10 runners were circulating at the end, when the rain calmed down, but for much of the grid it wasn’t worth it. 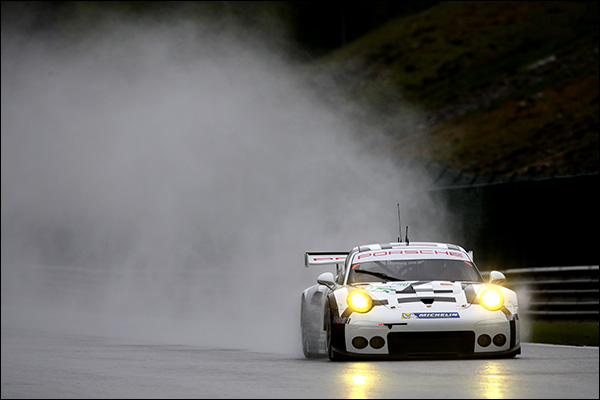