It’s always busy event when the FIA WEC comes to Spa. For Audi Sport, this year they’re focused on running three cars as is traditional, two of which are utilising low-downforce packages ahead of Le Mans. They’ve also got a new driver on the scene to get up to speed in the form of Réne Rast.

Rast has had lots of adjusting to do in his first weekend as part of the LMP1 programme. After years of successful campaigns in Porsche Supercup and more recently in the SRO GT scene with Audi GT3 juggernauts WRT, with such limited experience in prototypes, stepping up to LMP1 and just being competitive has been the goal for the German’s debut.

‘I did Le Mans last year to gain experience, but it’s my ultimate goal to win Le Mans, so making the step into LMP1 is a big challenge,’ he told DSC. 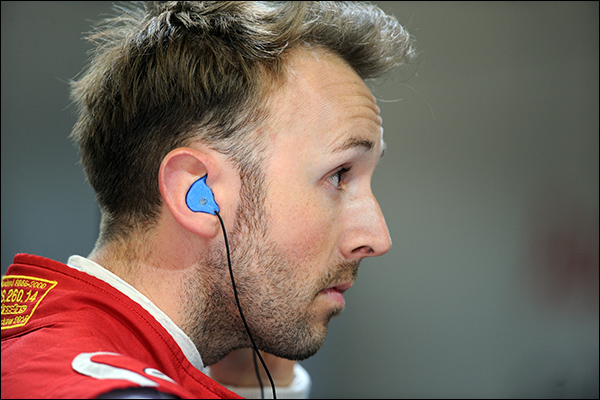 ‘It’s a nice car to drive straight away. It’s a very different animal to driving an LMP2 but a few hours you get used to it. Everyone at Audi has helped me a lot to get used to it too, so after two or three days after I drove it for the first time I felt almost fully comfortable.’

His first competitive run with the R18 in Free Practice 1 was a bit of a baptism of fire though; in typical wet conditions that the micro climate in the forests that surround Spa often conjure up.

‘I started the practice yesterday, and I went out in the rain, I was following four or five other LMP1 cars and I couldn’t see anything in the spray, no view at all. It was terrifying at the beginning, lots of aquaplaning, but even in a P1 car, after three or four laps you know how to deal with it. It’s all good experience.

‘Learning how to handle traffic has been tough because the closing speeds are greater than what I’m used to. I learnt quickly that using the power out of corners to get by the traffic rather than diving up the inside all the time is the best way to deal with the GTE cars.’

The #9 which Rast is in this weekend with Marco Bonanomi and Felipe Albuquerque is running the higher downforce set up, while the #7 and #8 are using this round as a chance to test out setups ahead of the big race at La Sarthe.

‘For us it’s just about getting data,’ explains Rast. ‘We want to see the difference between the Le Mans aero and the high downforce aero, and to be honest at this stage we don’t know what to expect. We have seen that we can be faster in the rain, but it’s still early.’

André Lotterer is one of the drivers who is in the Le Mans-spec Audi this weekend however, and has been impressed with its progress so far: 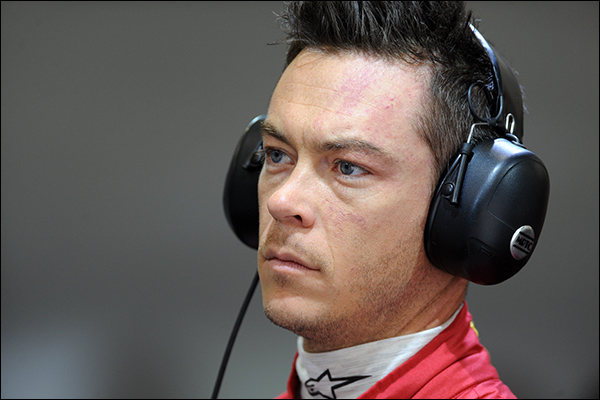 ‘It was a good car from the get go when we ran it at Paul Ricard,’ said the three-time Le Mans winner. ‘The entire team put a lot of effort into it until the very last minute. Now, we need to develop it some more, specicifically in race conditions.

‘Yesterday in the wet it wasn’t really given a clean run. The issue we had was with our tyres. Michelin provides a very hard compound and we could not manage to put it at the right temperature. I lost up to five or six seconds per lap because of that. It was difficult. I was actually more of a passenger of my own car during the practise sessions.’ 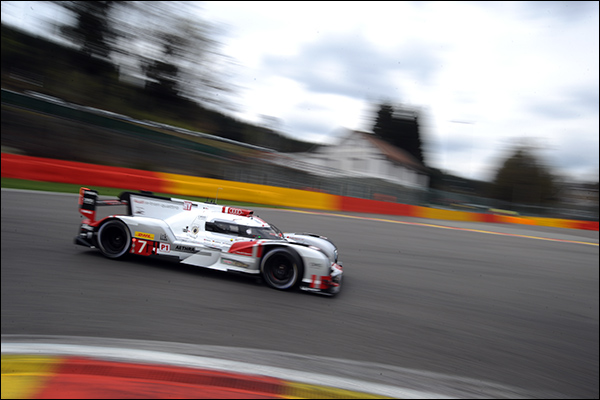 Lotterer also explained that Audi will be doing further testing of the long-tailed R18 after this weekend at Spa, but due to his commitments in Japan running in Super GT, he won’t be on hand to take the wheel.