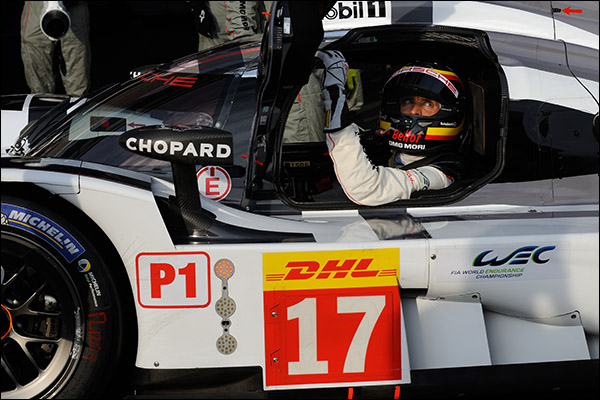 Porsche locked out the top three positions, with the #19 starting second and the #18 starting third. 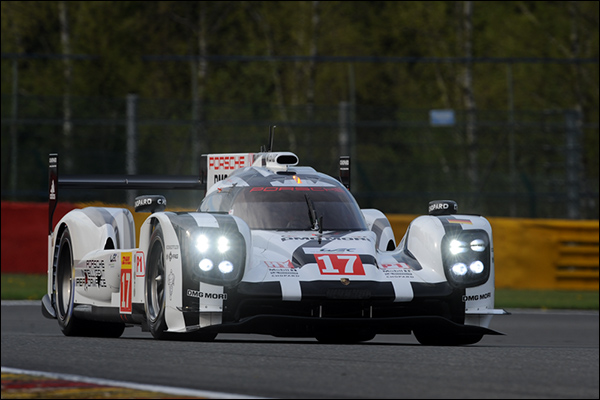 The 25-minute session started on time at 6:35pm local time, with clear, mild and dry conditions greeting the drivers.

“I’m proud of the whole team, it was a big effort to bring three cars here,” said a clearly buzzing Hartley afterwards. “We had our first dry running of the weekend this morning, so we had to compress our test programme into FP3. Timo and I did one lap each on new tyres, so they still have plenty in them for the race tomorrow.”

Bernhard dedicated the pole position to his childhood hero Stefan Bellof, whose helmet colours he’s sporting this weekend with the blessing of Bellof’s family. “It was perfect, I just had to follow Brendan’s delta time,” smiled the German. “We’ve had three poles in a row now with the #17 but two DNFs, so the result is very important tomorrow.”

Lotterer’s first effort in the #7 Audi was a 1:55.230, improving to a 1:55.114 next time around to hold second. Fassler couldn’t improve on Lotterer’s earlier time, however, and the subsequent quicker Porsche laps left the #7 as the best-placed Audi in fourth.

Toyota never threatened the top of the timing screens throughout, with reigning world champions Anthony Davidson and Sebastien Buemi holding fifth for a time, before being usurped by Loic Duval and Lucas DiGrassi in the #8 Audi and dropping to sixth.

Mike Conway and Stephane Sarrazin were seventh in the other Toyota, ahead of Rene Rast and Filipe Albequerque in the high-downforce #9 Audi, which qualified eighth just ahead of the sole P1 privateer entry, the ByKolles CLM. 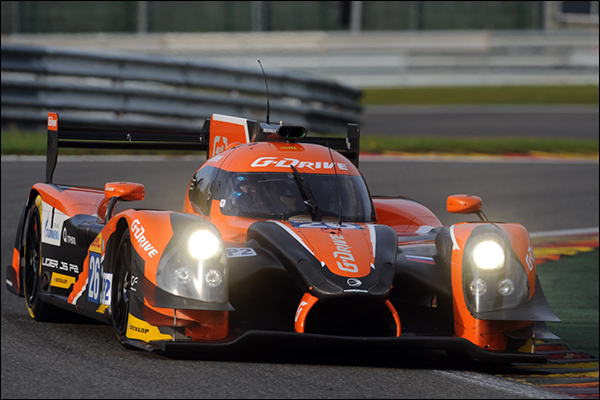 Howson’s new team-mate Nicolas Lapierre then elevated the #47 car to provisional pole with his lap of 2:07.268, ahead of Pierre Ragues in the #43 SARD-Morand. Pole then changed hands again though towards the end of the session thanks to Bird’s team-mate Julien Canal’s efforts in the #26.

“These conditions suit us much better than the race,” said Bird. “So we’re hoping for dry weather tomorrow. Julien put in a great performance, so this pole is really down to him.”

Canal added: “My first fast lap wasn’t great and when I saw the time I said to myself I have a lot of work to do – so I pushed like hell.”

The second G-Drive car qualified fourth, just ahead of the Jota Sport Gibson, whose driver Hary Tincknell set the fastest individual LMP2 time of the session.