It is a glorious day to be at Mazda Raceway Laguna Seca. The sun is out, the weather mild and there are lots of shiny cars making lots of noise out on the track. All in all, not a bad way to spend a Friday.

Unlike last year, the TUDOR cars get track time on Friday, two sessions, each 1-hour long. It appears as if Series management was quite receptive to comments made last year about the lack of track (any track time at all) on Friday.

The full entry of 35 cars made it out on track, in a session that quite pleasantly was caution free.

In P, it was Ozz Negri taking the Shank Racing HPD Ligier to the top time, bettering the time set by Richard Westbrook in the Spirit of Daytona Corvette by .19 seconds. Surprisingly, the Action Express Corvettes were back in the pack, 1.3 seconds back (Christian Fittipaldi) and 2 seconds back (Dane Cameron). This puts them just ahead of the PC entries (Cameron was actually 4th in the PC class). 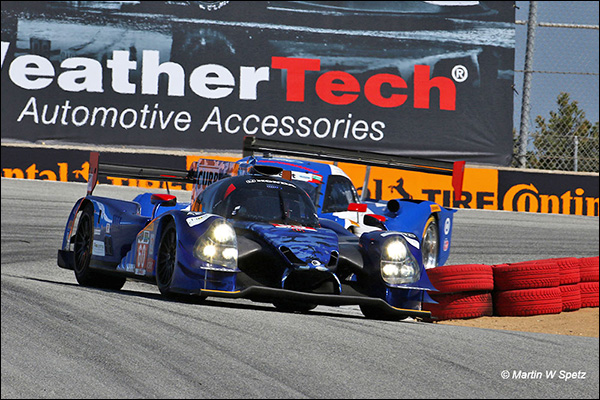 Joey Hand, who drove the Ganassi Ford Riley in the last half of the session said of their time on track, in which they finished 4th fastest. “It was a pretty rough session for us. We were in pretty good shape early on, but the handling went away later in the session. The track was slick and seemed to get a bit worse, at least for us as it warmed up. We’ll just have to work on the car and get it better as we move through the weekend.” 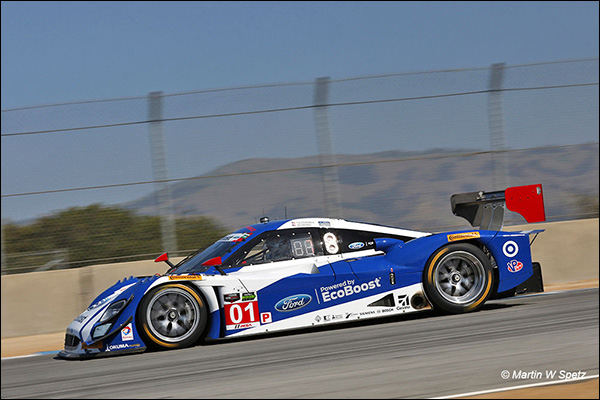 The Mazda efforts are not really all that much closer here at their “home” track, ending up 2.5 seconds (Miller) and 3.7 seconds back (Nunez).

GTLM featured Porsche early on, then as the session wore on, it was the BMWs showing that their pace at Long Beach transfers well here too as both the 24 and 25 featured at the front of the class. Then Tommy Milner and then Antonio Garcia brought the Corvettes up top too, but in the end it was Dirk Werner setting the pace. Actually it was an intriguing session for this class, as the ultimate class pace seemed to be set somewhat cautiously, as if both BMW and Corvette wanted to set the class pace, but not set a time that was too fast while doing so. Bringing up the back of the class, just over a second back of Werner’s time was the Risi Ferrari. 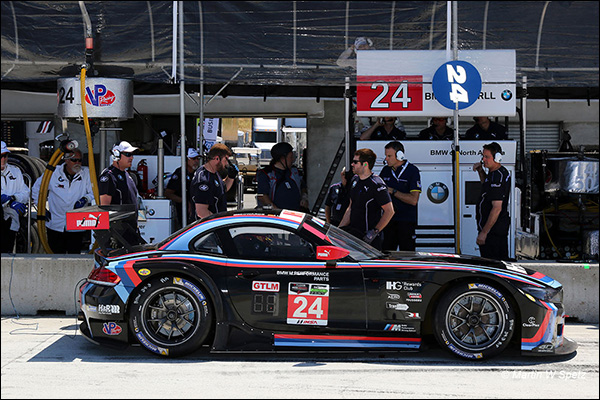 The PC class was quite strung out in this initial session, with the class top to bottom being a rather large 3.3 seconds. Up front it was Bruno Junqueira for RSR narrowly besting Renger van der Zande for Starworks, while Colin Braun was third fastest for CORE. 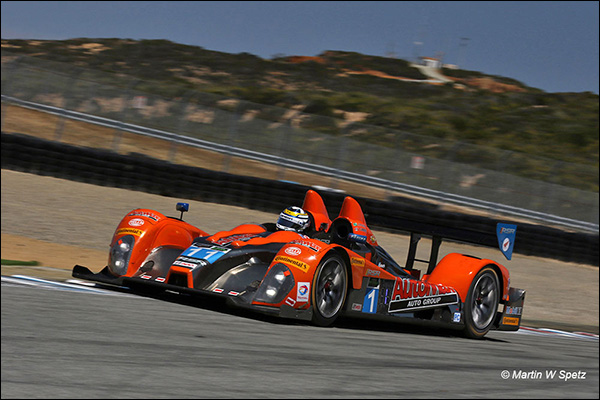 GTD ended up as a Porsche 1-2, Magnus over Park Place. The recent and extensive adjustment changes in this class has completely changed what we can expect and it may take some time to this to all settle out. The slowest car on track was the Ben Keating Viper, which sounded pretty rough. It is not known if part of the current adjustment of performance is to disconnect a couple of spark plugs from the large V-10, it was not noted, but you never know the full story sometimes…

On the subject of GTD, 2016 brings in the full GT3 regulations to the class, and long time Continental Tire Sports Car Challenge entrant Compass360R announced this afternoon their intention to enter a limited series of races this season in the class, with the hope to move into the class full time in 2016.

Brad Kettler was present for the announcement, quite surprising, considering that he normally would be at Spa with the LMP1 Audi effort. Unfortunately Brad had a rather rough winter health wise and is just starting to get back into the swing of things. His intention is to be at the Le Mans test and contribute as he can and stay through the race.

He did explain that the future GT3 spec regulations for this series can’t come soon enough for Audi, which is also set to have their new car ready to release to customer teams in time for the 2016 season.