Once again, the weather held up, and a big crowd were on hand for the start of the Spa 6 Hours.

As the teams dived into La Source for the first time in the race, Brendon Hartley managed to hold the lead from pole position in the #17 Porsche 919. All the other factory LMP1s were close behind, squabbling in a long line as they completed the first lap. There was plenty of side-by-side action, with the #18 keeping second place and the #7 Audi of Marcel Fässler climbing to third overall. 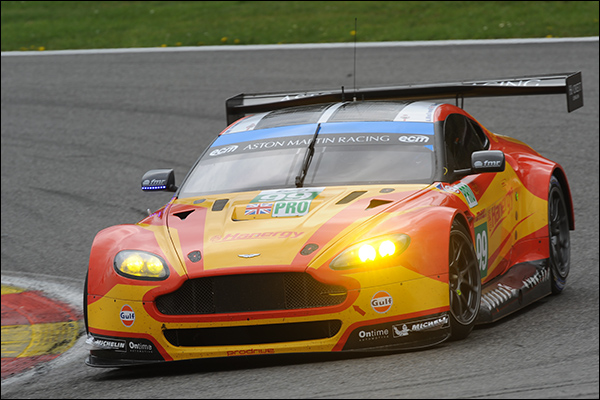 Sard Morand emerged in the lead of LMP2 on the first lap, with the #97 leapfrogging the sister #99 Aston Martin in Pro. Pedro Lamy’s #98 Vantage retained the Am lead. 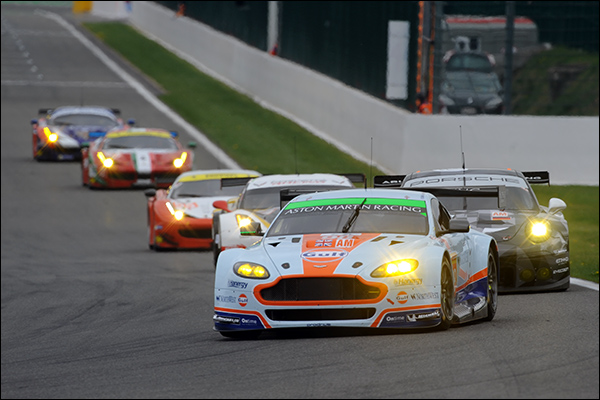 The Morand Morgan’s lead wouldn’t last long though, as Harry Tincknell’s Jota Sport Gibson and Sam Bird’s once polesitting G-Drive Ligier managed to squeeze by the Swiss car on the second lap of the race. At this time much of the field were still dicing. 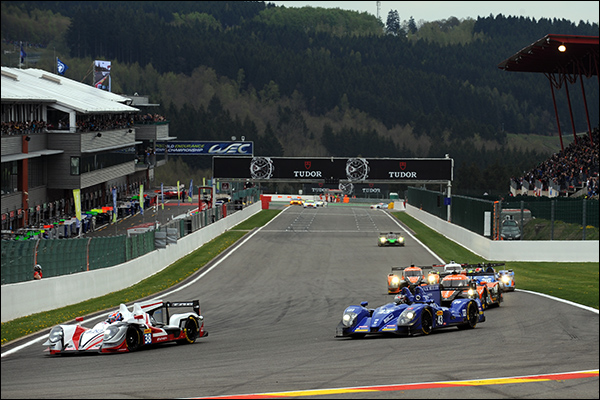 Löic Duval (#8 Audi) took fifth spot off Alex Wurz’s #8 Toyota, which was slowly falling away on lap three, eventually ending up seventh. Jota Sport were handed a drive-through penalty for a jump start while this P1 battle continued, a real disappointment for the British team who had the LMP2 lead at the time. After serving the penalty they had slipped to sixth in class, Sam Bird therefore regained the lead for G-Drive.

Just over 10 minutes into the race, the factory runners began to lap the Am field. The sheer speed of them meant it took just five laps for them to hit traffic!

It wasn’t an easy first run through the GTE runners, notably for Porsche. Nick Tandy’s #19 919 which sat third, dived up the inside at Pif Paf of the #91 – also factory – Porsche with Kevin Estre at the wheel, t-boning it and sending the prototype head-on into the barriers. Not a wise move by Tandy, who could have waited. Both Tandy and Estre managed get going again however, with the Brit heading to the pits to repair the damage for a few minutes, sending it to the very back of the field. 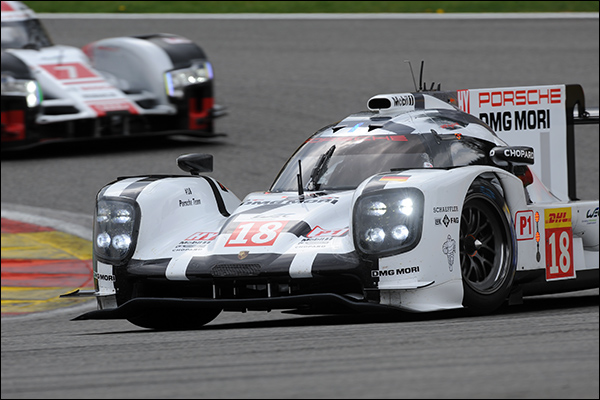 As we approached the 30 minute mark, a battle ensued between Marc Lieb’s second place #18 Porsche and Fässler’s #7 Audi which brought back memories of the first round at Silverstone. The pair diced their way through traffic lap after lap, great clean racing before a mistake by Fässler at the Bus Stop sent him into a spin, ending the skirmish and dropping him behind the #8.

In GTE Pro, Stefan Mücke came in for an early scheduled stop, giving the lead back to the #99 and handing over the reins to Rob Bell for his first stint in the Vantage. Their fellow #96 Am car had an off as the end of the first hour neared, Roald Goethe going backwards into the wall at the exit of Eau Rouge after Stuart Hall stepped out of the car, it would need lengthy repairs.

In the final fifteen minutes, the majority of the field started to come in for their first stops, the most hairy moment coming from the race leader Brendon Hartley, who went straight on at the Bus Stop, having to use the escape road to prevent any damage. It was an interesting route back to the circuit, which prompted the stewards to invite him to their office.

Jota Sport’s recovery drive was in full swing at the end of the hour, with Tincknell fighting his way back up to second in P2, splitting up the leading G-Drive Ligiers, just 20 seconds off Bird. A remarkable drive by the young Nissan factory star after the penalty to keep his team in contention.

With five hours left, nothing is decided yet.