Following a fourth-place finish in 2014, the Falken Motorsport Porsche squad and its team principal Sven Schnabl are looking to go one step further and secure a podium finish at the German endurance race on 15-17 May next.

Ever-competitive, Schnabl set up Schnabl Engineering in 1996 and prepared Super Touring cars, including a BMW and a Ford Mondeo in Malaysian series, before running Alfa 156 Super Tourers. Winning the German V8 STAR Championship followed. In 2003, Schnabl made the move to Porsches, first in the Carerra Cup and then with a GT3 911. Now, the team’s main focus is running the Falken Motorsports Porsche 911 GT3 in both the VLN and the Nürburgring 24 Hours. 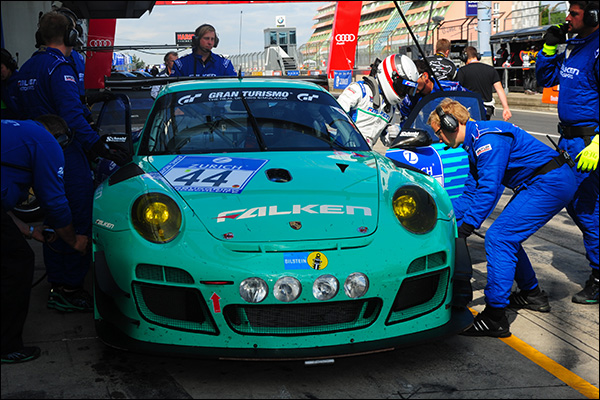 For 2015, Falken will contest the Nürburgring 24 Hours with the same driver line-up as last year: Peter Dumbreck, Wolf Henzler, Martin Ragginger and Alexandre Imperatori. And team principal Schnabl is looking for complete focus from the drivers to achieve his podium predictions.

“Today, a 24-hour race is basically a sprint, where you push yourself to the limit for 24 hours at a stretch,” he says. “Once upon a time you thought ‘Let’s just get through the night and take it from there.’ Today, you need top speed and flawless concentration from the word go right through to the finish. The whole team has to be completely focused all the time in order to make the right decision and end up on the podium, which of course we’re aiming for. As long as everything works!”

The team has undertaken extensive preparation for the event, where around 160 cars will take to the 26km circuit for the gruelling race. The engine and transmission systems of the Porsche 911 GT3 have been overhauled to improve lap times, with key components replaced and repaired, including replacing the filters and servicing the driveshaft and uprights. 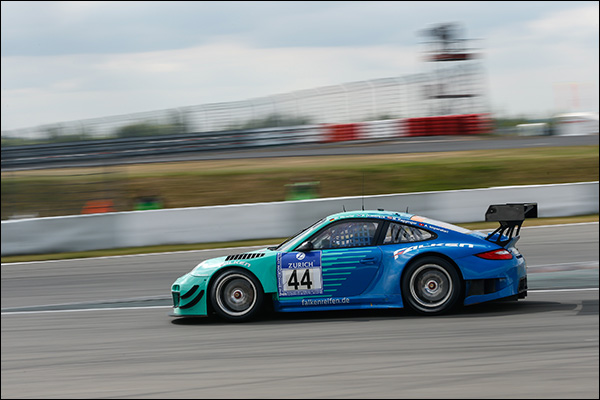 “The car is designed for long-distance races, so we don’t even have to lower the rev limit,” says Schnabl. “The car runs the same specification as it has in all the other races before. We simply install additional lights and the illuminated number panels and try to ensure we have fresh parts for those parts that are lifed.”

But tyres are the main focus for the Falken team: “The tyres we use have been produced specifically for the race, so we naturally spend a lot of time on testing,” explains Schnabl. “New rubber compounds and tread designs have been developed and tested. It’s very time-consuming, particularly when the weather can be crazy during the off-season.”

It’s this weather and its unpredictability that proves to be a major challenge during the race, with varying conditions around the circuit, which is one of the longest in the world. “On one part of the track it can be sunny, or at least dry, and then the next 20km are pouring with rain or soaking wet. It’s all par for the course on the Nordschleife,” Schnabl says.

And it’s not just the weather that’s a problem: the Grand Prix circuit has completely different grip to the Nordschleife, with sloping corners and ramps that take their toll on tyres. “We have great tyres and we actually use 24 sets of them during the race. Along with our fantastic team, pit crew, engineers and a great Porsche that delivers consistent performance and doesn’t mind rough treatment, we’re definitely looking strong ahead of the race.”