The second round of the 2015 VdeV championship saw the teams head south to Mugello. The Visiom 458 of Jean-Paul Pagny, Thierry Perrier and Jean-Bernard Bouvet took a commanding victory after four hours of racing at the historic Italian circuit, finishing over a minute ahead of the challenging #51 AF Corse 458. 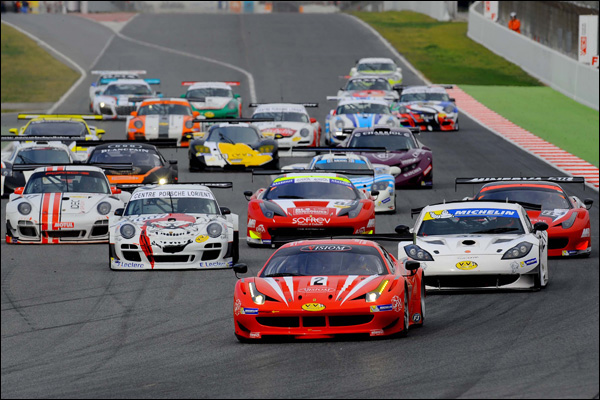 After starting from pole position, the eventual winners would slip back to second from the start as the defending champion #1 IDEC Sport Porsche which sat third on the grid took the lead and would hold station for the first hour. The pair of Patrice and Paul Lafarge would see their challenge end prematurely however, after overheating problems forced them to retire the car just before the halfway mark. It was a real disappointment for the team, which took victory at the first round of the season at Barcelona. 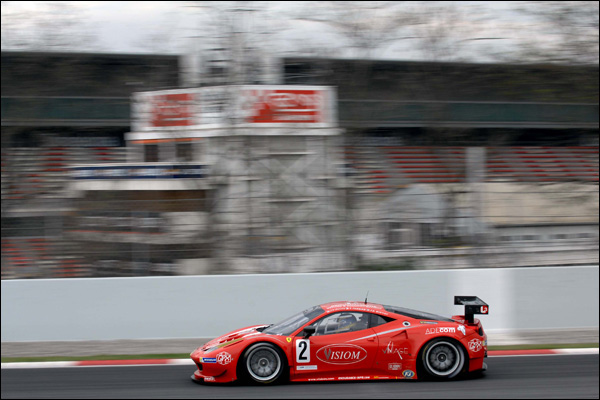 The fight for the lead was then contested by a trio of front-running cars, the #8 Escuela Eepañola Mosler and the #1 Visiom and #51 AF Corse Ferraris. The Mosler would also hit trouble in the second half of the race, and slip to sixth place.

Andrea Montermini in the #51 and Bouvet had a great tussle during their final stints in the car, but once the Visiom Ferrari took the lead in the final hour, it didn’t look back and took the win by a considerable margin.

GTV2 saw a monumental scrap at the end between the AB Sport Auto Audi R8 and Escuela Eepañola Mosler, which after its troubles, slipped to second in class after leading the race overall. It almost took the win after a comeback drive, but the Audi driven by Eric Van De Vyver, Tiziano Carugati and Michel Wedeln prevailed with the winning margin just 0.054!

S1 was unsurprisingly won by its sole entry, the #20 GC Automobile GC10 V8.

Next up is the 4 Hours of Aragon in Spain.