Marc-Antoine Dannielou, Nicolas Maulini and Jacques Wolf handed CD Sport a surprise victory at Mugello. The #33 Norma M 20 FC fought hard in the second round of the VdeV proto series with mixed conditions at the Italian circuit. 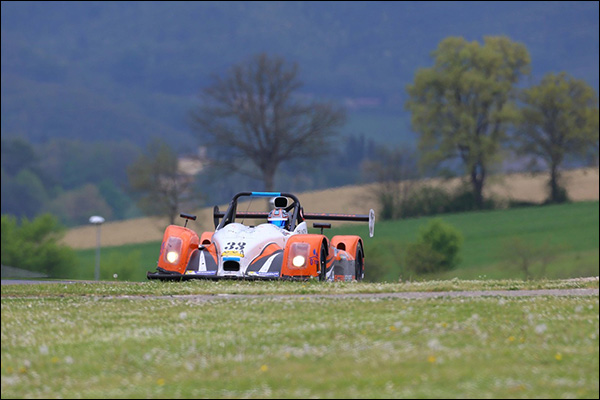 TF Sport qualified on pole position by over a second prior to the race. Its #8 Norma of Vincent Capillaire, Alain Ferte and Phillipe Illiano led the charge with a combined time of 1:43.538, and despite continuing the dominant pace they displayed in qualifying during the early stages of the race, posting the fastest overall lap, it wasn’t meant to be. Rain played a part in the final outcome and shook up the order.

Early in the race the #8 TF Sport Norma found a rhythm and held a solid lead, but by the end of the first hour, a good use of tactics propelled the eventual winners in the #33 CD Norma from eighth on the starting grid to the lead and over 10 seconds clear of the pursuing pack.

The #15 IDEC Sport Racing Ligier also came into play throughout the middle portion of the race, but an incident while running in the lead proved costly for the team. The damage sustained to the front of the prototype turned out to be too extensive to challenge for a podium after repairs.

In the end the race was decided by a gamble on tyres as the race began to come to a close. The #8 TF Norma slipped down the order with issues as the rain came in varied quantities, causing some runners to change to wets and some to slicks. It turned out that the rain wasn’t as heavy in the end as many feared, so the challenging #41 Equipe Palymr Norma of Natacha Gachnang, Jens Petersen and Marc Faggionato ended up losing two minutes in the confusion.

The #33 Norma however, stayed out and braved the conditions, it paid off and it took a commanding lead which it would sustain until the end of the race. The #41 had the pace, but extra stops meant it had to settle for second spot. The rest of the competition failed to finish on the lead lap.

The teams travel to Aragon for another 6 Hour Race in the coming weeks.