The Nurburgring is bathed in glorious sunshine today, highly unusual in this writers experience here!

After the usual quick trip to the Dottinger Hohe to collect credentials there was time to have a wander around the pitlane and paddock as the teams set up.

First up was the Glickenhaus paddock awning with both SCG003s in prep (and quite fantastic they look!), Franck Mailleux having a seat fitting, Marino Franchitti stopping to chat and Team owner Jim Glickenhaus telling a splendid tale of future possibilities here. More of that later. 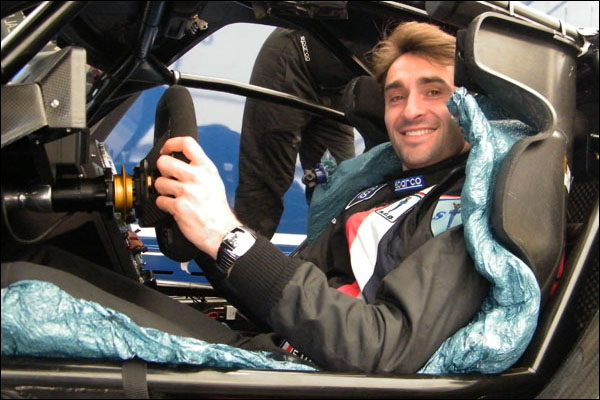 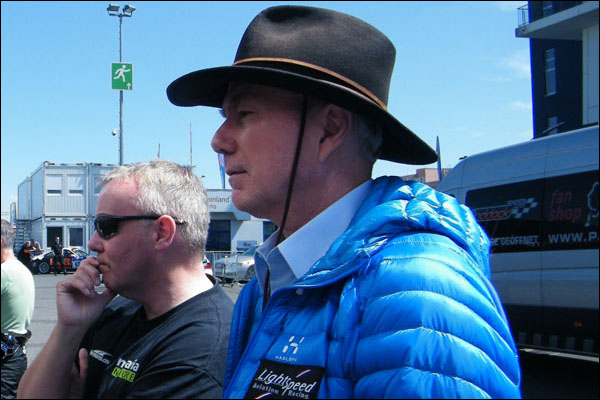 No sign yet of any of a trio of new GT3 cars expected to be displayed here this weekend, Porsche’s new 911 GT3-R is set to be unveiled on Friday, the car rumoured to include a direct injection engine for the first time. The new AMG GT is also expected to be here with a 2015 VLN debut looking very likely. Watch out too for a potential surprise paddock appearance for the new for 2016 BMW M6 GT3.

Two new 2015 spec cars are of course racing here – Phoenix and WRT have a pair of new Audi R8s apiece, Pierre Kaffer another man in the midst of a seat fitting at lunchtime today. 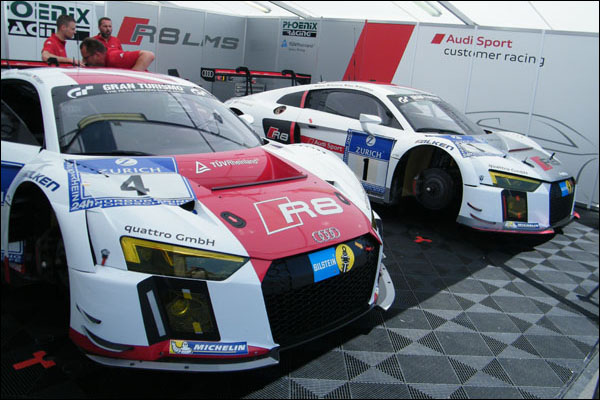 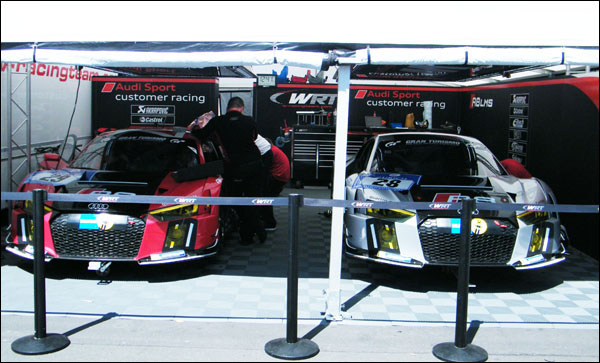 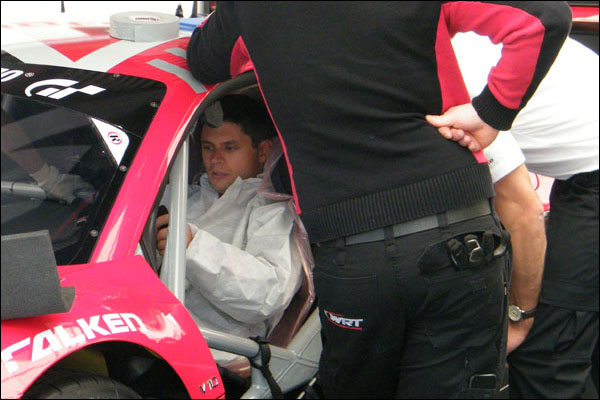 Nissan is here with a single GT-R NISMO GT3, the car in black livery in recognition of the fatal accident in VLN1. Lucas Ordonez and Michael Krumm complete the driver line up here. 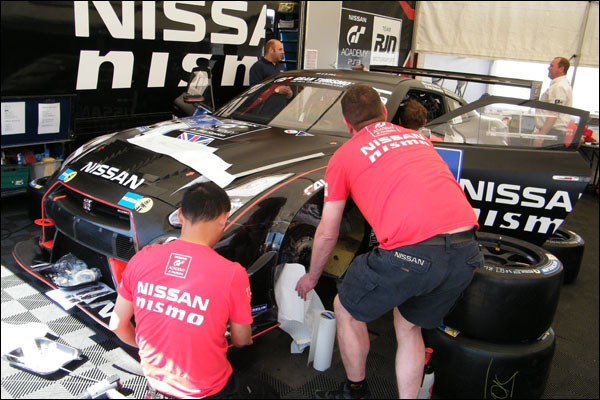 Aston Martin too have a new car here, though not a GT3 – Alongside their pair of GT3 spec V12 Vantages is a new GT12, effectively a race version of the road version of the GT3 car! 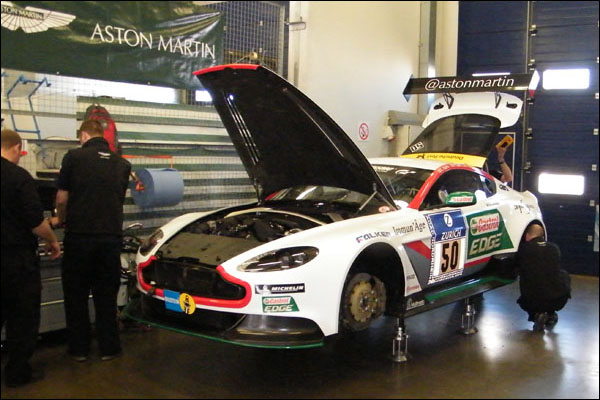 The GT12 is accompanied in the garage by another non GT3 V12 engined Vantage, this a rebooted version of the earlier production based V12 Vantage ‘Ring Racer. 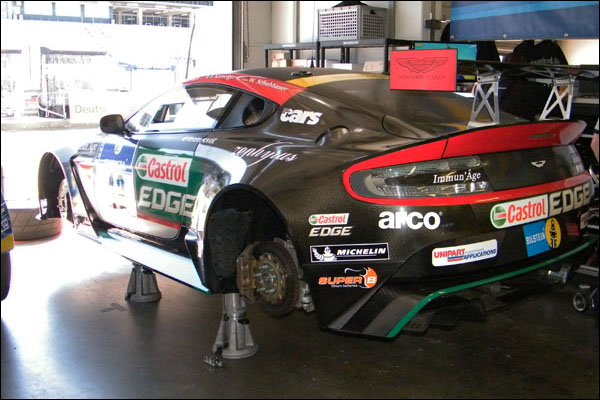 The usual mix of eyecatching liveries is on display, including a rather ‘Brazilian’ looking scheme for one of the Car Collection AMGs, a Motorhead tribute on the side of the #107 BMW 1 Series and another musical tribute on the roof of the #86 BW M3! 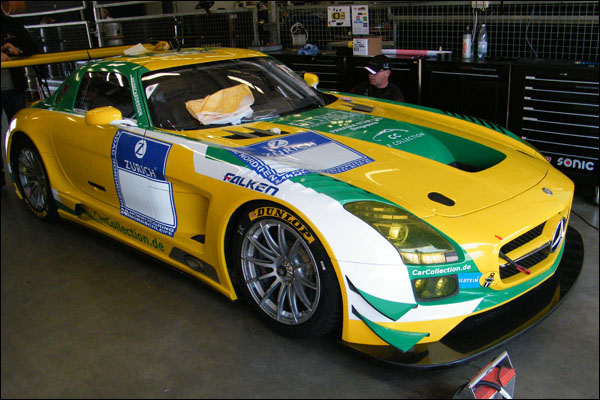 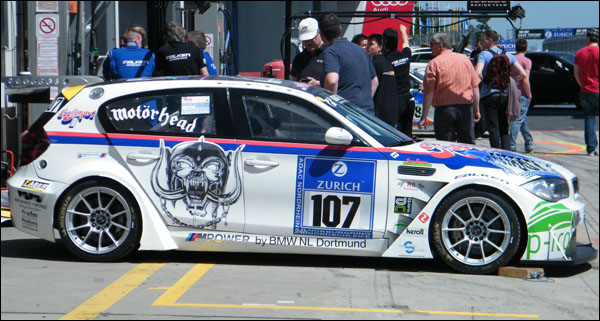 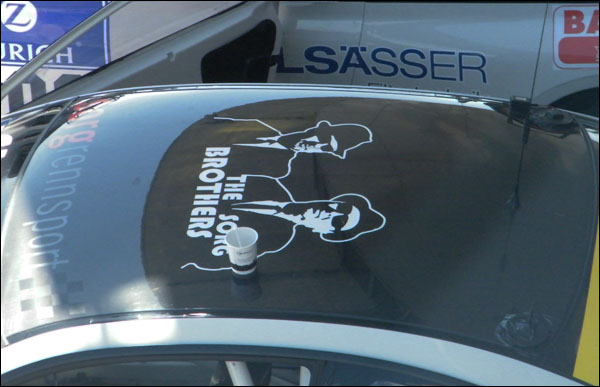 Another regular feature here is the astounding collection of tyre companies represented. So far we make it nine for the 2015 race: Dunlop joined by Avon, Bridgestone, Falken, Hankook, Kumho, Michelin, Pirelli and Yokohama! (oh and a tenth! Nexen Tyres on the #133 Mini – with thanks to the ever comprehensive Johannes Gauglica) 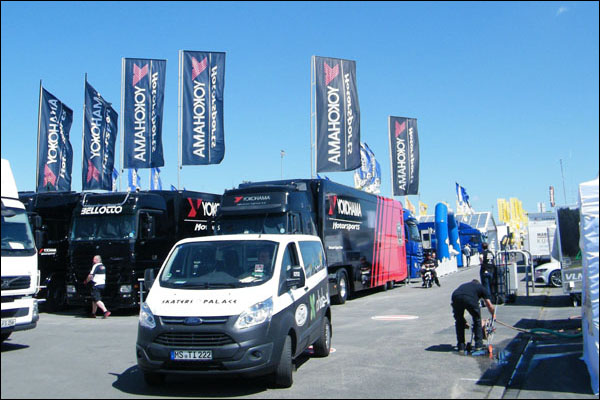 The World Turing Car Championship is part of the weekend’s entertainment with a three lap race around the Nordschleife, Sabine Schmitz making a guest appearance, the WTCC paddock was still being assembled today with few cars yet on view. 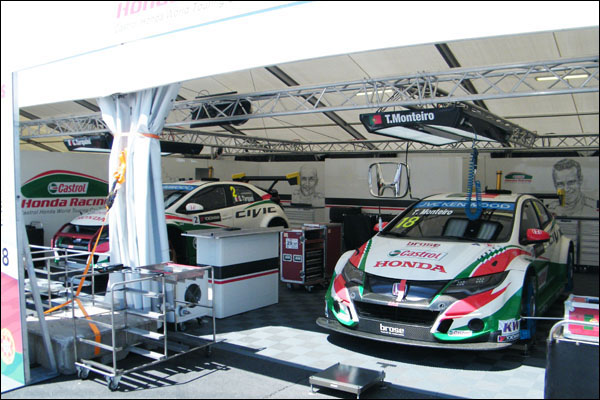 Three Bentleys are on the N24 entry but the car that will likely attract most attention is the #85 car in it’s 2003 Le Mans winner ‘tribute livery. 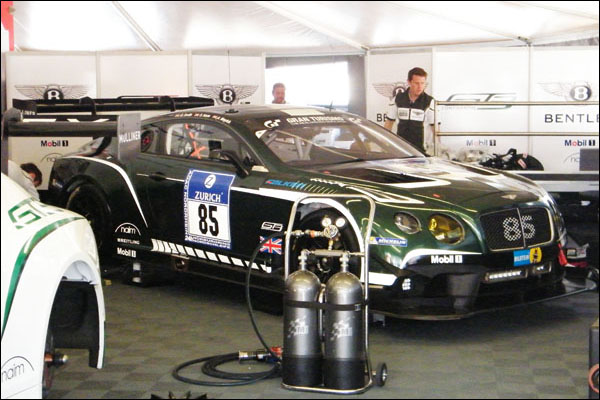