As part of the prize for winning the 2014 Guild Of Motoring Writers Sir William Lyons Award, Stephen Kilbey was handed the opportunity to experience and write about one of the most prestigious events in all of motorsport: the Mille Miglia. He’ll be spending most of this week driving 1000 miles round Italy as part of Jaguar’s XE drive team, and documenting his experiences each day on DSC:

Today saw a shift in dynamic, as the cars and drivers hit the road for the first leg of the 1000 mile trip – the 160 mile journey from Brescia to Rimini. The morning was relaxing, while the afternoon was the whirlwind I expected it to be.

I’m told a leisurely morning of breakfast and a stroll into town isn’t common for those of us making the trip across Italy, so I made the most of the the atmosphere in Brescia during the final stages of the buildup. All the competitors had a chance to display their cars to the public before the start of the rally at the Museo Mille Miglia, and the buzz around the condensed town centre was infectious. 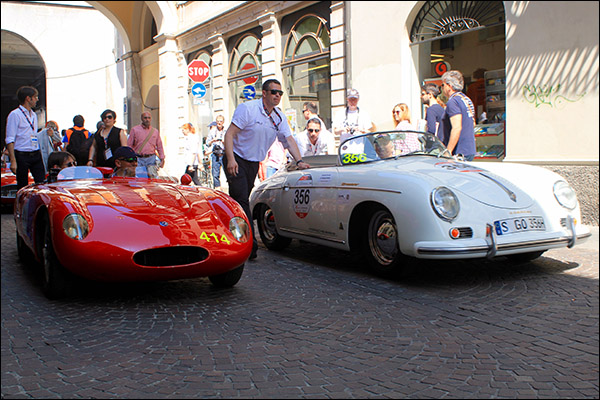 Thousands of locals and enthusiasts from all over the world gathered to see the machines in what was a quintessentially Italian setting in the baking hot sun. You couldn’t turn a corner without stumbling across Mille cars lining the pavement or slowly creeping to and from the technical inspection area. There was an overwhelming smell of fumes and cigar smoke, which I assume is authentic and “of the era”. Either way, for every motorsport and/or car lover present, it smelt like home.

It cleared out quickly though as everyone made their way to the museum for the lengthy and ceremonious starting procedure which sees each car in-turn drive over a big ramp, waved onto the rally with the Italian national flag. The grid-walk leading up to the ramp was second to only the Nürburgring 24 Hours from my experience; it was at least a mile long, with cars lined up in number order as far as the eye could see. They were swamped by drivers, mechanics and fans as they waited their turn to begin the journey. 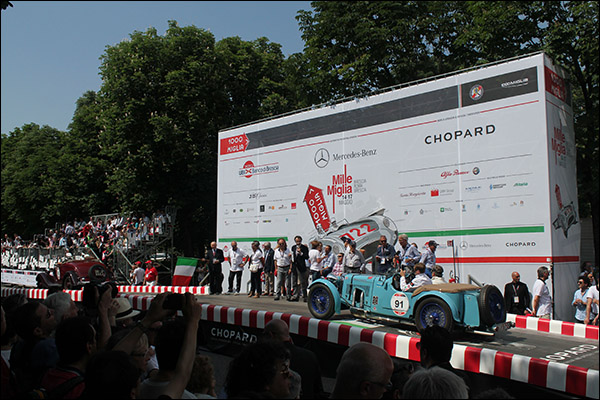 The route to Rimini was short though, well, compared to the rest of the stints we’re all due to drive in the next three days. It felt like a sprint as all of us on the Jaguar XE and F-Type team dashed back to our cars to create a convoy for the second half of the day.

As I’m in a car ineligible to run in the event, there’s only so much of the actual route I can take – the rest is up to the real Mille drivers. Nevertheless those of us in the Jaguar convoy were treated to an experience like no other. Our cars were like mobile amphitheatres as we joined parts of the rally, being constantly overtaken by sportscar after sportscar with police bikes and chase vehicles mixed in. 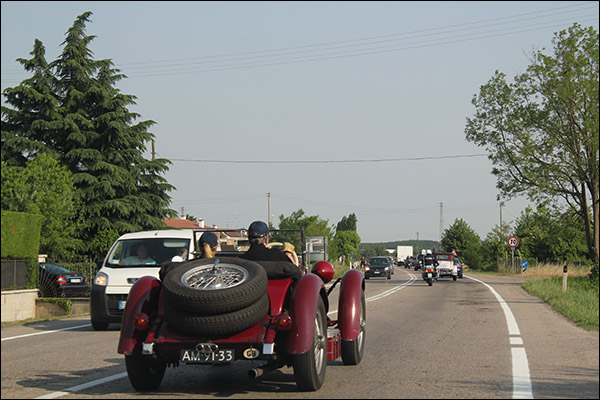 It’s like the Tour de France in many ways, with people lining the streets cheering as we drove by, except you’re unlikely to see a Mercedes 710 SS driven by Jochen Mass flying past at full chat during Le Tour.

A short stop for fuel at the halfway point allowed me to take the drivers’ seat for the second part of the journey, jumping on the autostrada which took us to the centre of Rimini. It does feel weird to be driving one of the few modern cars on the rally, and it does seem almost ‘wrong’ in a way, but honestly, the XE is such a magnificent car to drive, I didn’t dwell on it for too long. 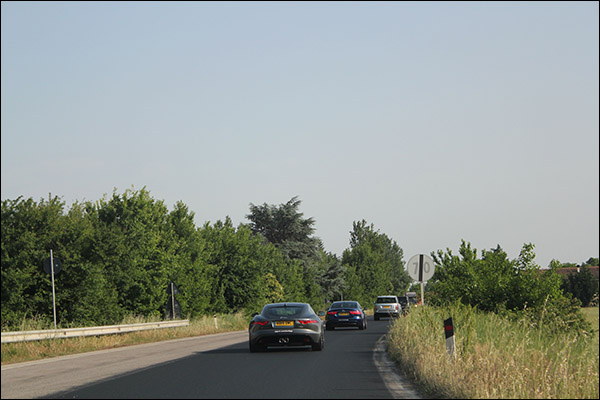 The XE made every road as smooth as a billiard table, which in the long run will work to our advantage in terms of fatigue at the end of each day. Many of the heritage drivers who stepped out of their cars at the end looked exhausted, while I personally felt relaxed and relatively well rested as we pulled into the hotel forecourt. 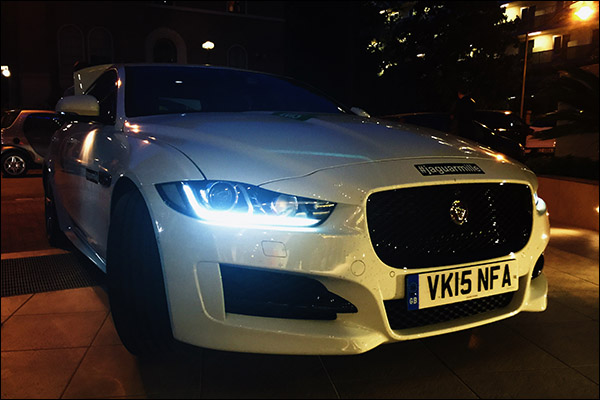 Tomorrow is going to be far more of a test for all of us, as we make the a dash to Rome which is likely to take us around 11 hours. I’ve most definitely got the bug now though, I just want to get back out there.